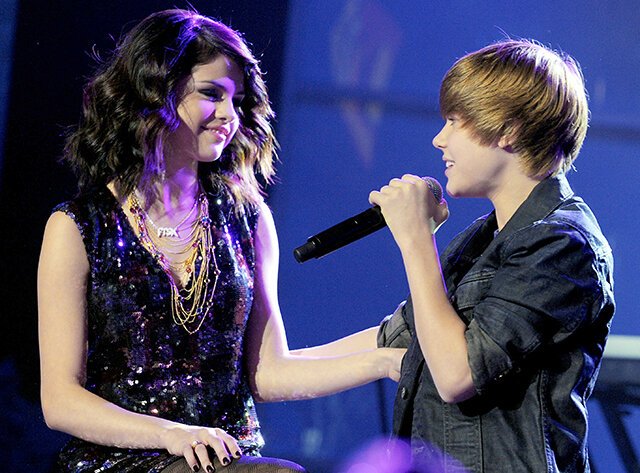 Justin Bieber and Selena Gomez: The way they were 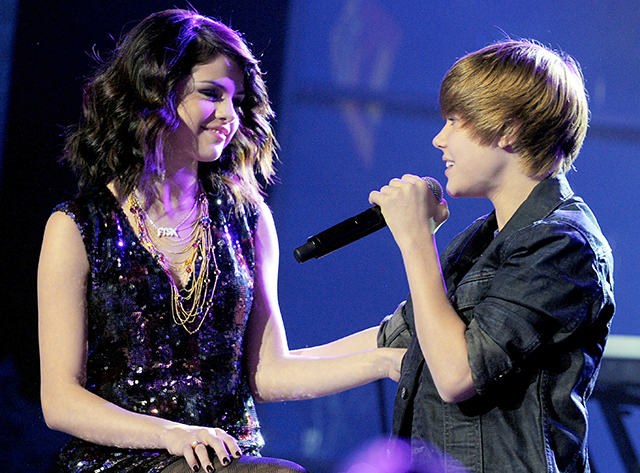 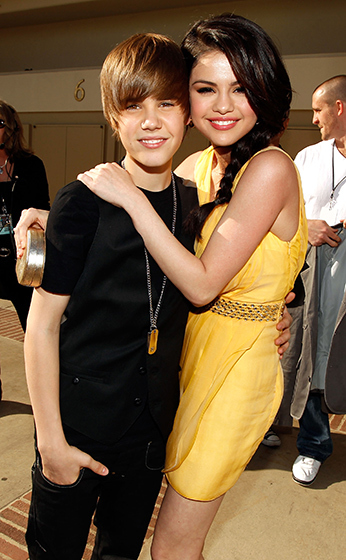 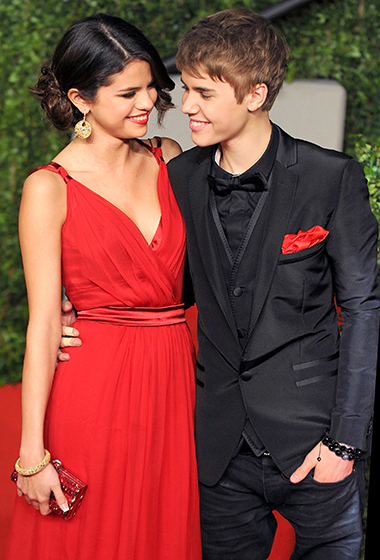 Making their red carpet debut as a couple, Gomez and Bieber arrived at the Vanity Fair Oscar party in West Hollywood looking stunning in Dolce & Gabbana. 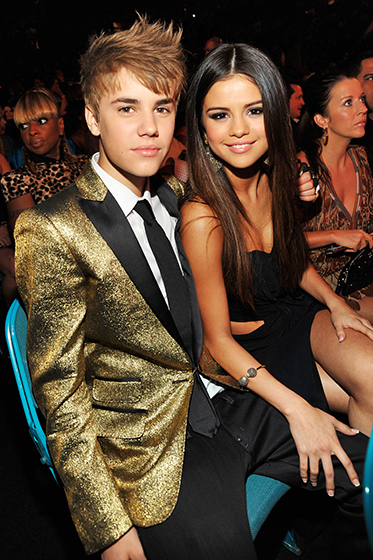 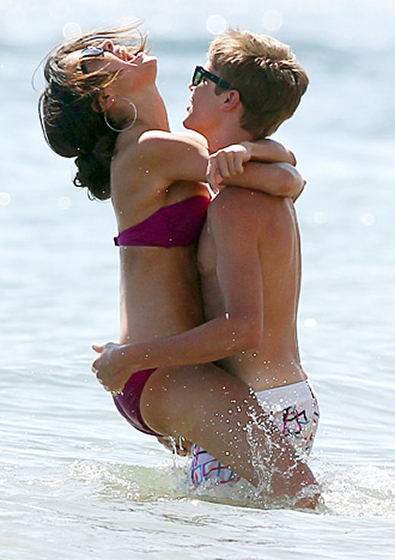 Bieber made out with his girlfriend in Maui, Hawaii while enjoying a romantic vacation at the Hyatt Regency Ka'anapali. "I don't think you should have sex with anyone unless you love them . . . I think you should just wait for the person you're . . . in love with," Bieber told Rolling Stone in February 2011. 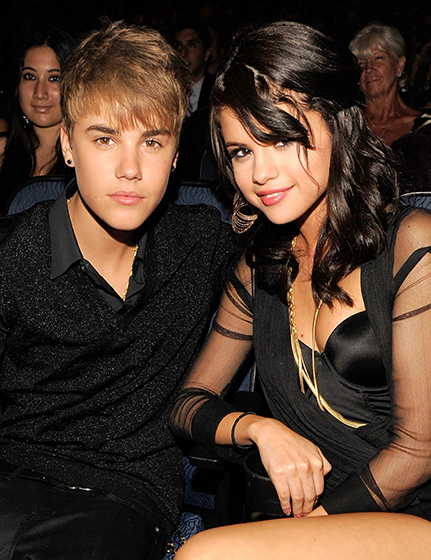 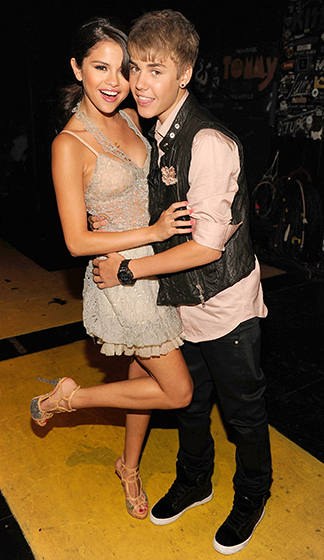 
The teen stars attended the 2011 Teen Choice Awards in Universal City, Calif. and got playful backstage while posing for photographers. 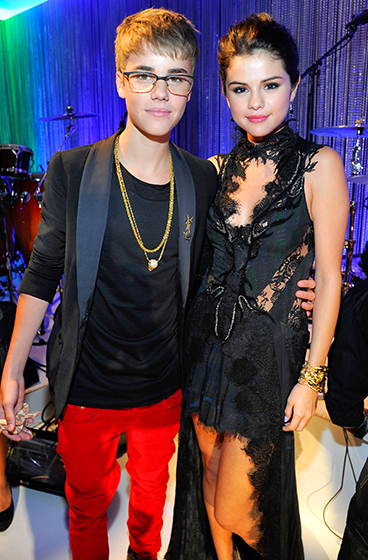 
Bieber held Gomez tight at the 28th annual MTV Video Music Awards at the Nokia Theater in Los Angeles. "She makes me laugh and she puts up with my practical jokes," Bieber told New! magazine of Gomez in October 2011. "She has really strong family values as well." 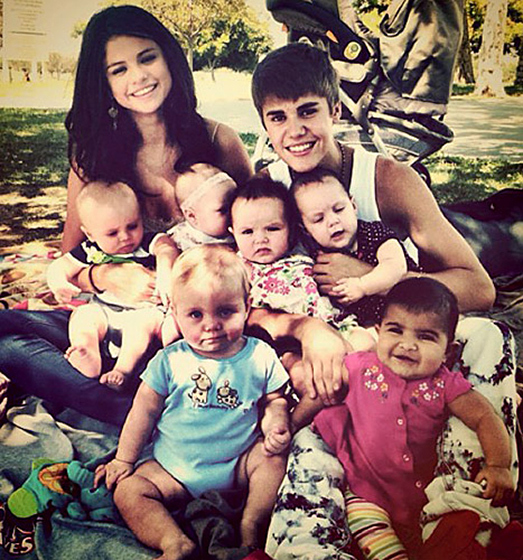 
"Brangelina 2.0," Bieber tweeted with a photo of him and Gomez sitting on a picnic blanket with six adorable babies. The couple joked they were the next Brad Pitt and Angelina Jolie, who have six children together. 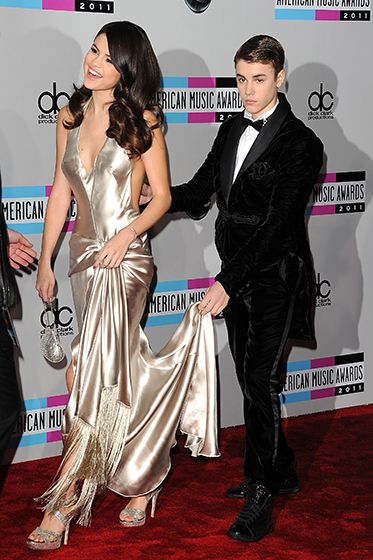 
Bieber helped Gomez walk the red carpet in a gorgeous gold gown at the 2011 American Music Awards in Los Angeles. In September 2011, Bieber told Women's Wear Daily, "Well, by 25 or 26, I want to see myself, like, married or start looking for a family." 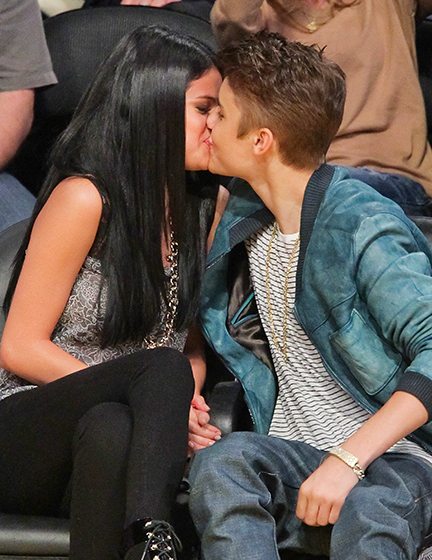 
The couple shared an intimate smooch while watching the Los Angeles Lakers play the San Antonio Spurs at the Staples Center in Los Angeles. "I make sure to do the little things," Bieber told Rolling Stone in July 2012 about how he's a romantic. "Like noticing when they get their hair done, or when they change their nail color. Also saying things all the time -- like, 'You're very pretty,' 'You're gorgeous,' things like that." 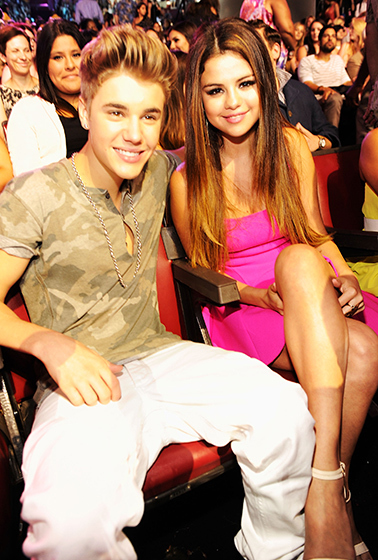 
The "Boyfriend" and "Who Says" singers got cozy at the 2012 Teen Choice Awards in Universal City, Calif. In an interview for the September 2012 issue of Teen Vogue, Gomez said, "Marriage and all that other stuff I think will happen once I feel accomplished in every other aspect of my life." The couple split in November 2012.