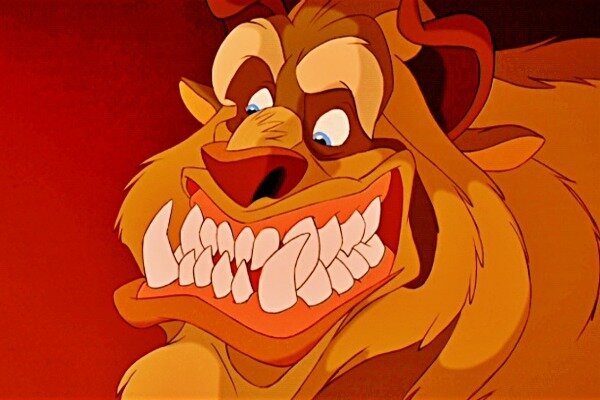 Disney Princes Are Really Not all that Charming.

Yay! Unrealistic expectations for both males and females, were mainly driven by Disney. Every girl now expects some dude to come by, sweep her up, pay for all her bills, give her the world and respect and love her forever. Every boy, now expects to be able to be the biggest, badest, most rich, most handsome guy that has to provide everything for the most beautiful woman that he meets.

So superficial. So sexist. You know what I say? Go to school, get yourself a good education, and provide for yourself. Be successful for yourself. Then, when the time is right, share your happiness with the person you love. Nonetheless, Disney is the best example of the types of boy friends you should NOT have ladies. Let's go throgh them. 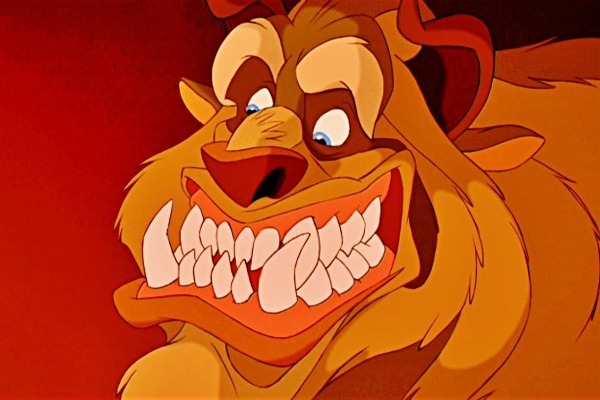 0
Смотреть все фото в галерее
One of the more obviously flawed Disney Princes is, of course, the Beast. His shallow, judgmental, and selfish behavior is what got him into trouble in the first place; and even after being cursed, he didn't bother to change his ways. He also had major rage issues and was abusive and controlling toward his servants and Belle. Hello! He kept her as a prisoner. That's not charming at all.

Sure, he became a better guy later, but if you meet a guy with all of those qualities in real life, run. Don't even think about dating him. He's a disaster waiting to happen. Click through to find out the undesirable qualities of some other beloved Disney Princes! 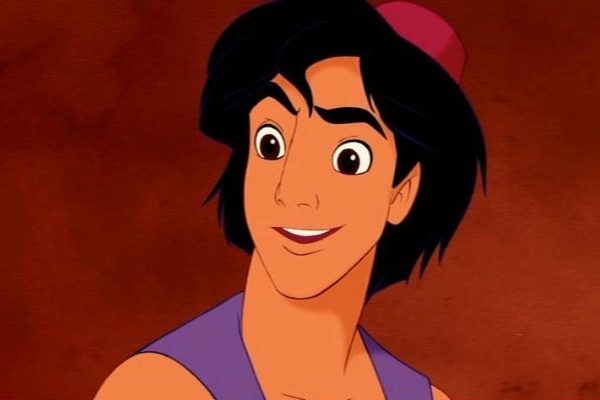 0
Where do I even start with Aladdin? The guy has some serious issues that need to be addressed. We'll let it slide that he stole bread so that he wouldn't starve. After all, he gave some of it to some starving kids. That's pretty noble. But criminal behavior isn't his only drawback.

He's a pathological liar. He's a conman. First of all, he cheated by tricking Genie into freeing him from the cave without using a wish. Then he dressed up as a Prince to try to weasel his way in with Jasmine. She rejected him, and instead of taking the hint, he kept bothering her. No means no, dude!

Then, when she finally figured out who he really was, he lied to her again to cover it up. "Do you trust me?" You've lied to me a thousand times. Yeah. Sure, I trust you. Uh-huh.
PLUS: He's BROKE. No one needs a slacker ladies. Have your man pay for his own bills and provide for his own damn self. 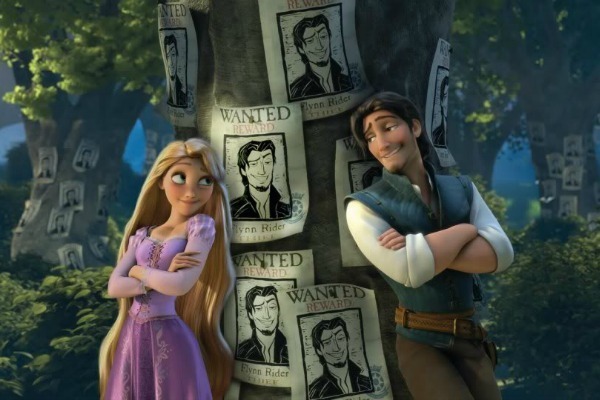 0
Flynn Rider is similar to Aladdin in his flawed persona. He's a thief, a liar, and an outlaw. You can't overlook it! His face was on "Wanted: Dead or Alive" signs that were plastered all over town. If you think it's a good idea to get involved with this kind of guy, you're clearly delusional.

In typical Disney fashion, he changed his ways as the story moved along and the woman of his dreams influenced him to be a better man. That happens in real life, right? Wrong. That rarely happens. Life is not 'Tangled.' Life is not '50 Shades of Grey.'

He may be the most good-looking guy you've ever seen, but that doesn't change the fact that he's bad news. 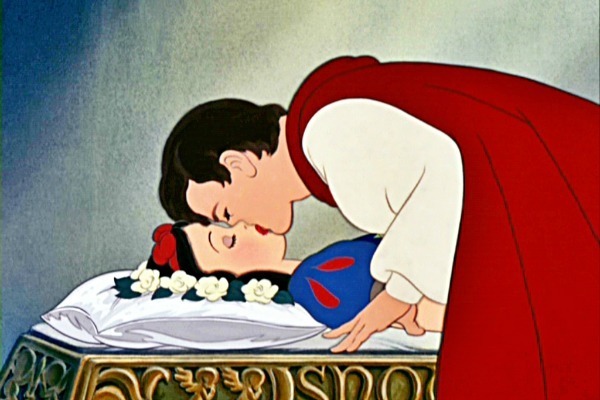 0
The nameless prince in 'Snow White and the Seven Dwarfs' has a few key flaws as well:

While Snow White was singing a cheerful little song by the well, he watched her from afar like a peeping Tom before sneaking up beside her. Admit it; that would be terrifying. And why was he creeping around her house in the first place? Stalker much?
He's absent for almost the entire movie. He fell in love with her, but then abandoned her until after she was already dead. What was he doing that whole time - playing video games with his buddies?
He tried to mack on a dead lady. He didn't know it would save her life. Good guys do not make advances on girls who are unconscious. That's demented. 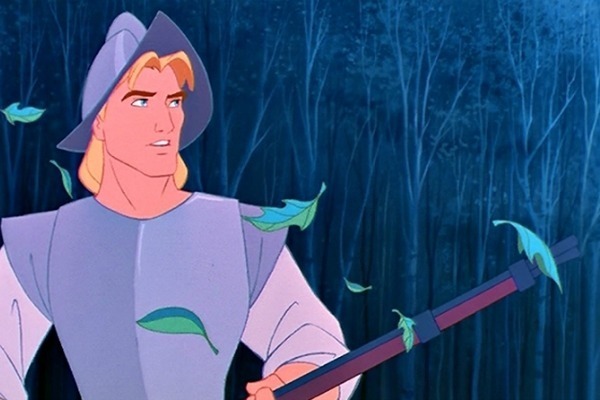 0
The worst thing about John Smith doesn't really have anything to do with his character; he was voiced by Mel Gibson. That's a red flag in and of itself, am I right?

Aside from that, the guy was cocky and judgmental before Pocahontas "changed him." (Sound familiar?) Instead of seeing the obvious negatives of what his fellow Englishmen were doing, he bragged to Pocahontas that he and his crew would improve life for the "savages" like her by giving them roads and "decent houses."

What a condescending and racist thing to say! Savages? Really? She shouldn't have given him the time of day after that. 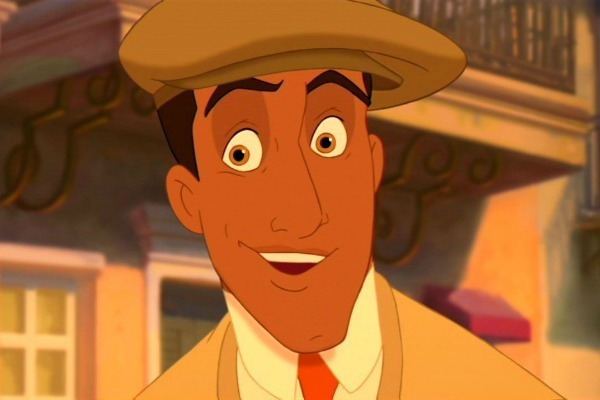 0
These are just some of Prince Naveen's negative personality traits:

Selfish
Lazy
Arrogant
Gold-digger
Playboy
Does that sound like the "perfect guy" to you? If so, you might need to see a doctor and get your head examined. 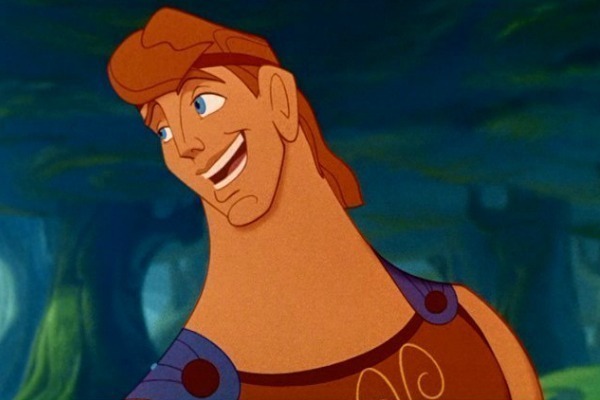 0
Hercules is a clumsy oaf who had trouble controlling his god-like strength. By the time he went through training and figured it out, he became conceited and believed himself to be the most incredible hero ever. Newsflash, Herc; a little modesty goes a long way!

At one point, he got so angry that he accidentally punched his trainer, and he left his girlfriend for dead to go off and fight the bad guys. Do you want that to be you? I didn't think so. Sounds like Chris Brown and Rihanna all over again. Find somebody who isn't an asshole. You'll be glad you did! 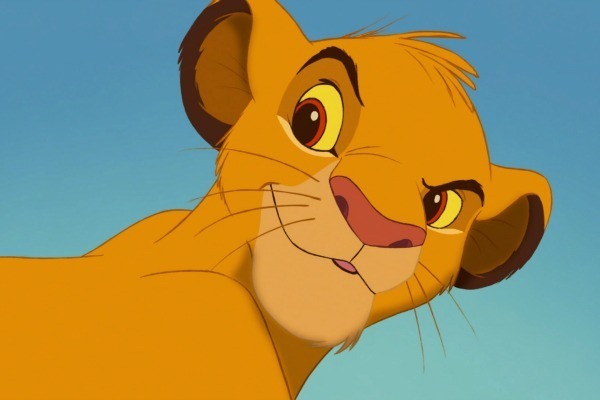 0
Technically, at the end of 'The Lion King' Simba becomes a King. But for the sake of this discussion, we'll focus on his early days as a selfish, bratty excuse for a Prince.

I know, I know; you wouldn't date an animal. (You wouldn't date a cartoon, either, but that's a whole different discussion that you should have with your therapist at some point.) But even if Simba was a human being, he wouldn't make a good romantic partner.

First of all, he's got serious daddy issues. Secondly, he feels entitled to a life of luxury and authority, but he literally doesn't know how to do anything. Lastly, he's an egotistical show-off, even though he has nothing worthwhile to show. That sort of attitude isn't appealing in the least. I feel sorry for poor Nala! 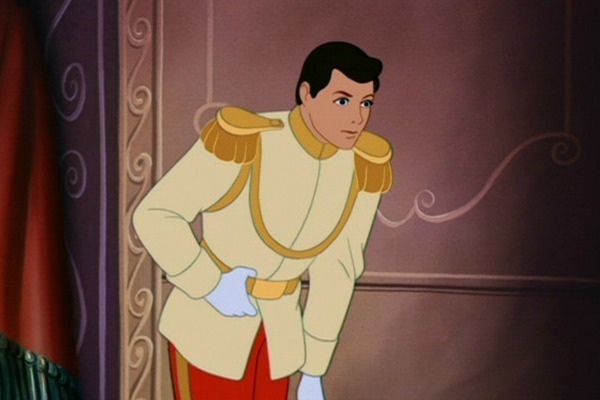 0
Here he is, the grand-daddy of all.
He's mega-studly, he can dance, and he's loyal. Generally, Prince Charming from 'Cinderella' is a pretty good dude, at least in the Disney universe where guys and gals fall in love and get married in two days' time. But if you take him out of that specific scenario, would he still live up to his charming status?

Imagine that Cinderella met the Prince and had no interest in dating him. He just wasn't her type. But the Prince fell in love with her, and he doesn't give up so easily! Whether or not Cinderella was actually into him, he wanted to make her his wife. He went so far as to search the entire town, stopping and checking at every house until he found his future bride.

That kind of behavior screams 'obsessive stalker.' She should look into getting a restraining order. 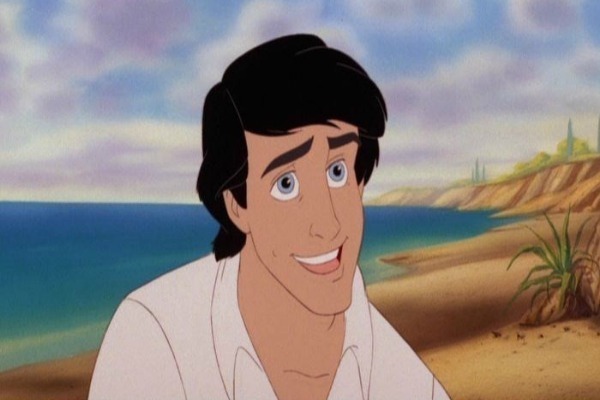 0
Let's get the obvious out of the way. He's a moron.
He fell for a girl based on her singing voice. Not her personality. Not her mind. Her voice. It's a step up from only caring about her looks, but still!
He's pretty dumb. He couldn't figure out that Ariel was the same girl? Really? She looked exactly the same! Get it together, man.
Even when he met a real life awesome girl, he kept waiting around for "Miss Perfect" to show up. If it wasn't for his butler's advice, he would've kept on waiting.
Moron. This is the kind of guy that YOU will have to maintain.
That's not how relationships work. It should be an equal give and take.

Well, there you have ti ladies. Disney taught you nothing but bullshit. And dudes, Disney set you up with unrealistic expectations for yourself.
Girls don't need a prince charming. They need a MAN.