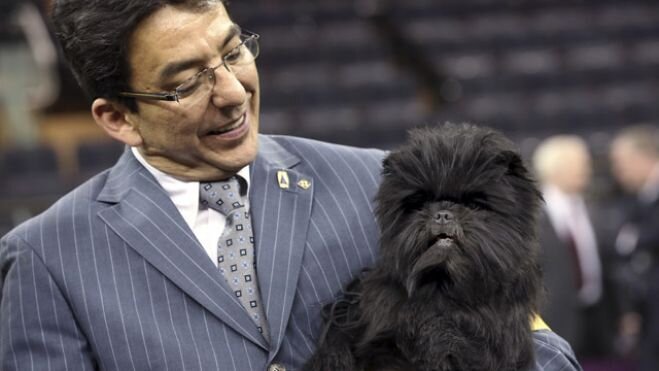 Banana Joe is no ordinary Affenpinscher. Affectionately called a 'monkey dog' because he looks just like one, Banana Joe made up for near misses the last two years at Madison Square Garden.

The 5-year-old wagged his tail a mile a minute and stuck out his pink tongue after earning his 86th best in show title overall.

It was a timely win, too, coming a day before he was set to fly back to the Netherlands with his owner. That trip has now been postponed for his victory lap.

"He's won a lot of big shows, but not like this one," handler Ernesto Lara said.