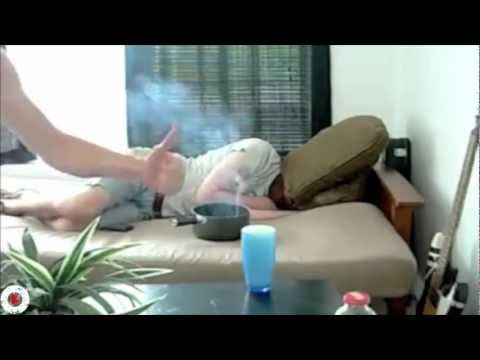 What we gleaned from this video is that we never want roommates… ever… at all… because they are terrible people. Having said that, we have no qualms whatsoever about watching other people have roommates, especially when they’re being woken up in the worst way possible.
Uploaded online last week, this prank video has garnered nearly 8 million hits, many of which were probably re-watches due to it’s addicting qualities. Whether that’s a result of the mouse traps, the ice buckets, the wasbi, the car horns or the fact that we’re thankful we don’t know any of these people, we aren’t sure, but a replay is an absolute must.
In the end, so as long as there exists a barrier between us and these cruel impish pranksters (i.e. YouTube) we look forward to the next one!