Kim Kardashian has revealed her boyfriend Kanye West is helping her embrace her pregnancy shape. The reality TV star, 32, has admitted she's struggled to adjust to her changing form, but now feels 'sexy' thanks to the rapper's encouragement. She certainly seemed to be keen to show her curves off in all their glory as she went from the Good Morning America studios to Live! With Kelly and MIchael in New York on Tuesday. 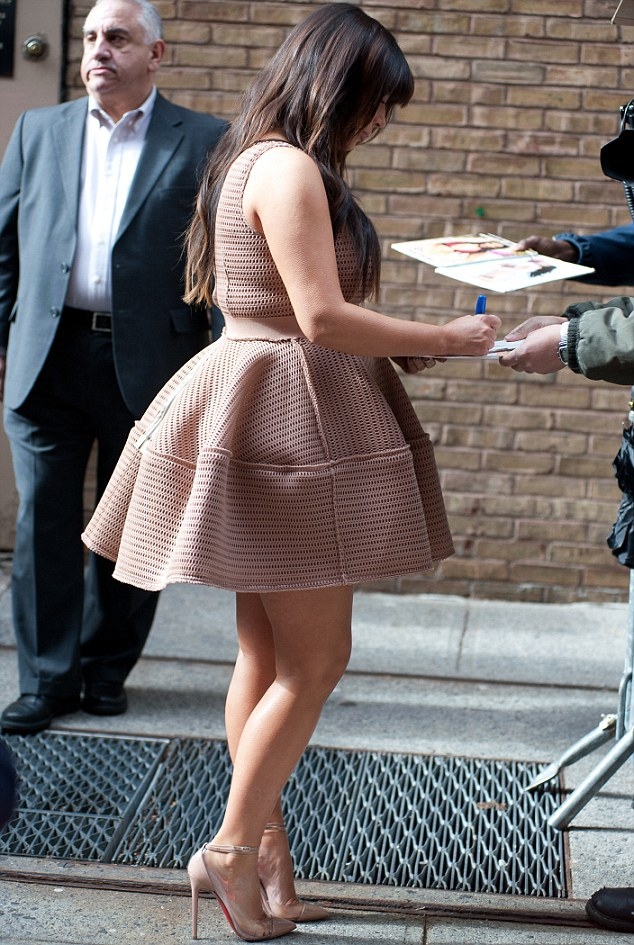 Stunning Even While Pregnant

0
She added that so far she has not succumbed to junk food cravings and has so far been indulging in healthy treats.
'I want to have those cravings, like cheeseburgers, but I haven't. Now I eat healthy I don't know what's going on,' she said. 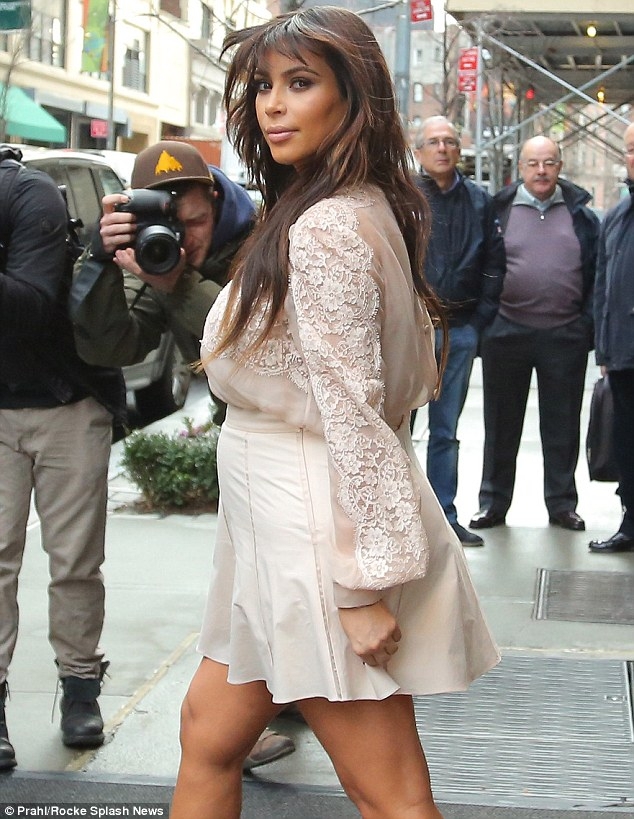 Kim Kardashian On A Talk Show 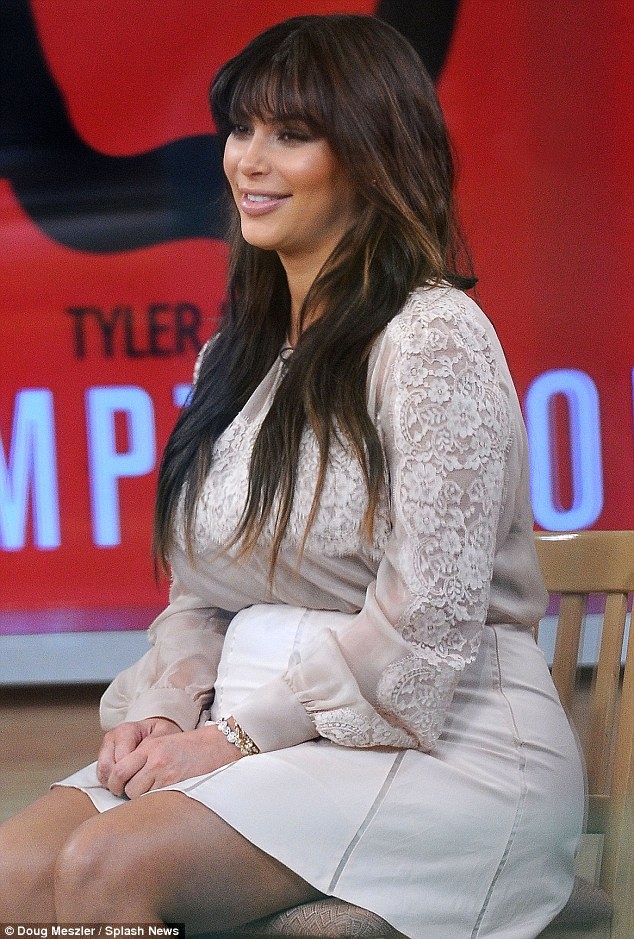 In Front Of An Audience 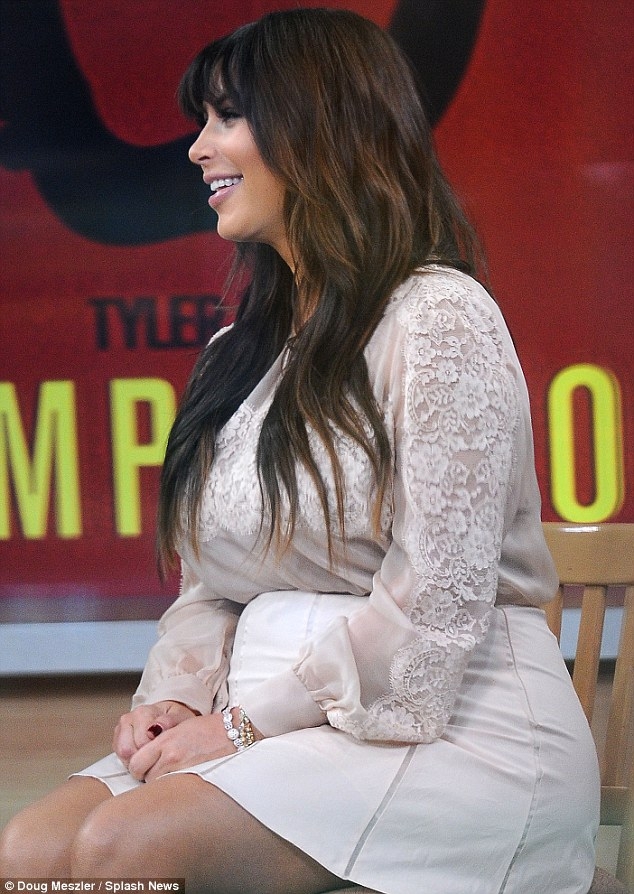 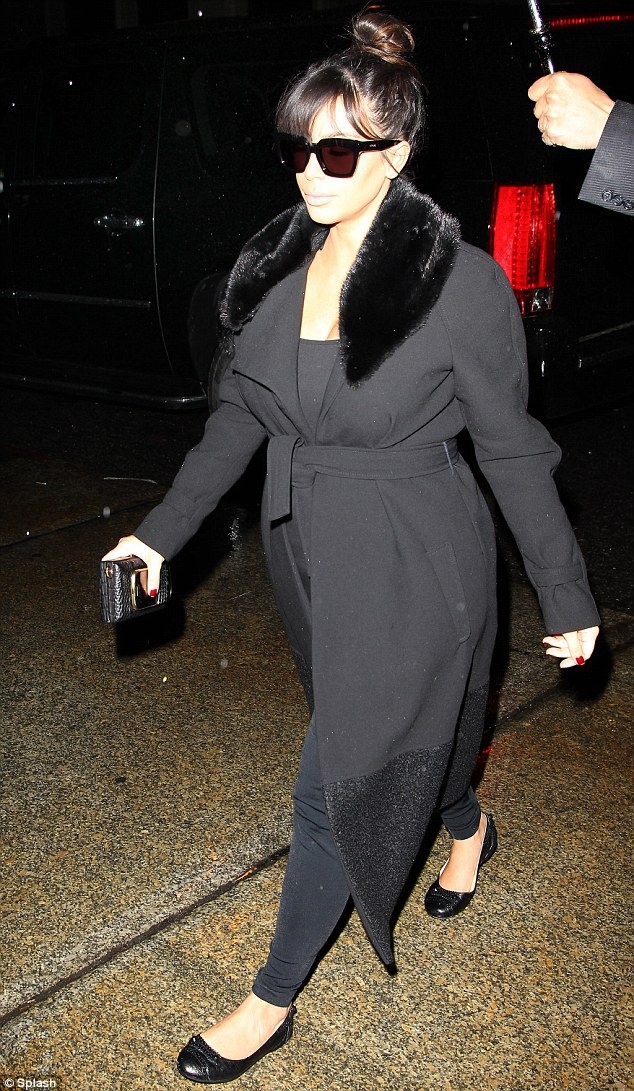