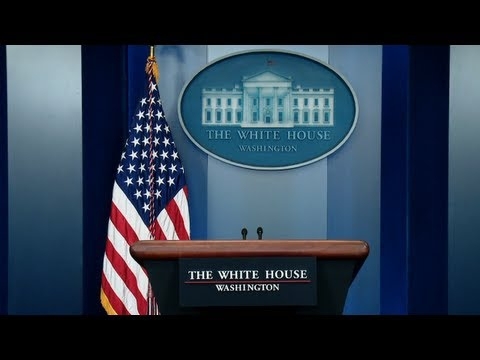 Even the White House managed to get into the spirit of things on this April Fool’s Day. In honor of the holiday, the White House released a video of the “Kid President,” featuring a pint-sized tot at the podium. You might recognize nine-year-old Robby Novak from his hit Web series ‘Kid President‘ where he’s, well, a pint-sized version of our Commander-in-Chief. In this officially White House sanctioned video, he greets his constituent by saying, “It looks like you were expecting somebody else. Well April Fools’ on all y’all.” He also added, “I’m Kid President and I hope everyone has an awesome day!” Then, after his words of amusement, Kid President walks out, but not before having some trouble getting out of the room. Is Kid President your favorite April Fool’s Day prank?

A Special Message From the President