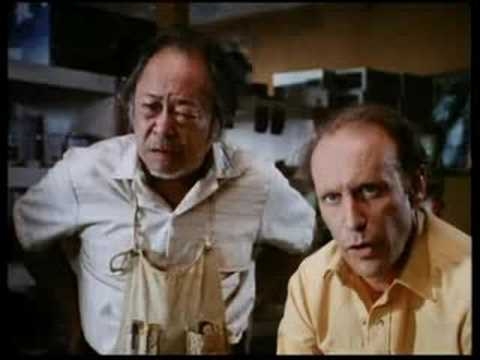 Do you have a dirty little secret? I bet you do! Does it include being horribly in love with horribly cheesey movies? No? Oh well, I guess that's just my secret. I made a list of the best worst movies ever. I must admit, on a rainy sick day, nothing cheers me up more. Let me know if I missed any of your favorites.

Josie and the Pussycats Trailer (2001)

"Du Jour means seat belts. Du Jour means crash positions!" This movie is mostly terrible on purpose, but I felt compelled to include it in this list anyway. I actually really enjoy the soundtrack, and I know I'm not the only one. But the movie is just so ridiculously stupid (again, on purpose) that it's impossible to not laugh.

I think you can watch the trailer and see why this movie is hilariously bad, so I'll just give you a list of some important elements.

I hesitate to include this movie, because, like 'Josie and the Pussycats,' I don't think it's so much terrible as it is terrible on purpose. But it is incredibly stupid, and it's one of my favorite movies of all time. If you haven't seen it, you should check it out!

It's kind of ridiculous how excited I got just by watching this trailer. I think most people know the story by now: four turtles walked in some ooze and grew into human-sized, talking, dancing, skateboarding, pizza-eating mutants. As if that isn't crazy (and awesome) enough, a nearby rat met the same fate and became their master, teaching them the art of ninja.

In this specific film, the evil Shredder creates two mutants of his own to use to fight the four shelled teens, and it all comes down to a grudge match in a club that involves a choreographed dance to "Ninja Rap" by Vanilla Ice.