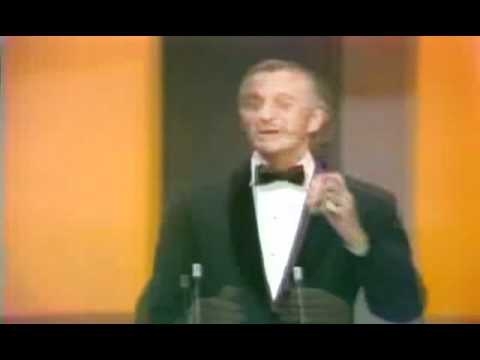 Recently Dug Up Video of Streaker Crashing the Academy Awards

05 apr 2013 14:08
447
1
On April 1, 1974, Robert Opel was just a photographer and art gallery owner. On April 2nd, he became a legend when he ran across stage butt naked during the 46th Academy Awards.
Posing as a journalist, he managed to gain access to the backstage area, and waited for the perfect moment. That moment, apparently, was when David Niven was introducing Elizabeth Taylor. Opel ran past Niven in the buck, flashing a peace sign at the camera. Without missing a beat, Niven says “Well, ladies and gentlemen, that was almost bound to happen… But isn’t it fascinating to think that probably the only laugh that man will ever get in his life is by stripping off and showing his shortcomings?” Ouch.
Despite the insult, the streaking incident made Opel something of a celebrity; he was later asked by producer Allan Carr to streak at a party he was throwing. There are two things we’ve learned, in our years of partying expertise: First, anything called a “dance party” before it happens is probably not going to be fun, and second: when you have to pay for someone to get naked at your party, you’re doing it wrong.