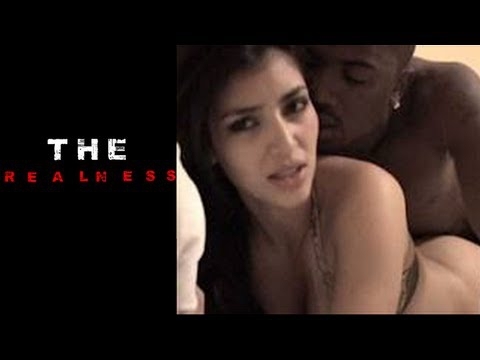 Ray J’s New Song Is Totally Not About Kim Kardashian, You Guys

08 apr 2013 13:42
1004
1
When Ray J dropped his new single, ‘I Hit It First,’ this weekend, everyone noticed that the lyrics (and album cover) seemed to take some swipes at former girlfriend Kim Kardashian.
But Ray says we’ve got it all wrong.

The rapper — whose sex tape with the reality starlet launched her into the public eye (thanks, dude) — called into New York’s Hot 97 to clear the air, saying he thinks people are “digging into it too deep.”
“It’s a song. We just having fun,” Ray told the station, adding that the tune was about a “concept.” Of course … the concept of getting it on with Ms. Kardashian, who’s now pregnant with the next Savior of Mankind.
But Ray cried foul, deflecting conversation about Kim and then pleading for the DJs to “bring it back to the song.”
Okay. Let’s do that. As a reminder, here are the lyrics: “I had her head going north and her ass going south / But now baby chose to go West.”
Certainly not a reference to Kanye West. Nope. Not at all.
Oh, and then there’s this: “Girl if you come back to me / We can make another movie.”
Totally not about Kim. Stop trying to read so much into it, you guys.
This is clearly about an abstract concept. Carry on. Nothing to see here.