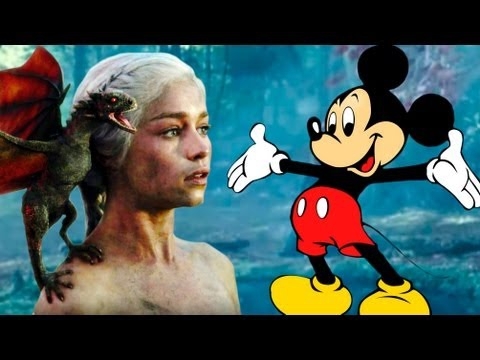 How ‘Game of Thrones’ Would Look as a Disney Movie

If you’d like a new Disney Princess sooner rather than later, here’s Daenerys Targaryen from ‘Game of Thrones‘ in the role. It’s perfect if you want to like ‘Game of Thrones,’ but can’t stand all the sex, violence and not singing. The video features Evelina Barry as Daenerys and Peter Hollens as Jorah Mormont, although Elizabeth Oldak actually provides the singing voice for Daenerys. Yup — looks like a real C+C Music factory situation is going on here. We think we can forgive them, though. Mostly for that shot of the adorable sea lion just chilling on a rock. Sea lions are clearly the new dragons.