19 apr 2013 14:36
1771
19
The bombings that happened earlier this week, on Monday April 15 were horrific and tragic events, those of which the reprecussions are still seen. Two suspects have been identified in this incident, and one was taken to the hospital where he later died of gunshot wounds. The other suspect however, escaped. Seeing as how there is so much negativity and sadness out there, stupid people all over the world have offered comedic breaks for us. There are people out there on twitter who think the remaining suspect is "hot".
Take a look at what their silly thoughts were: 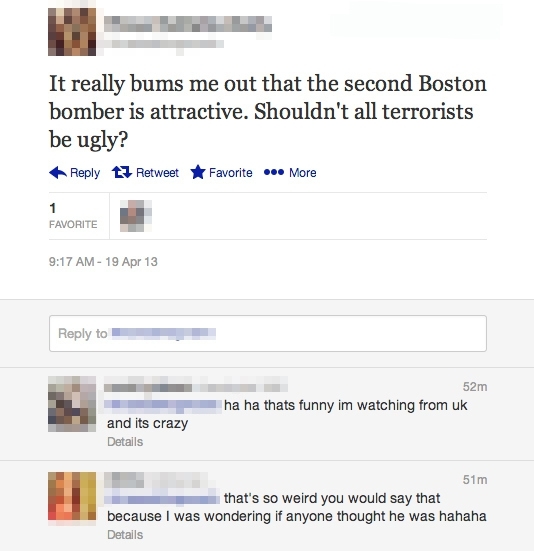 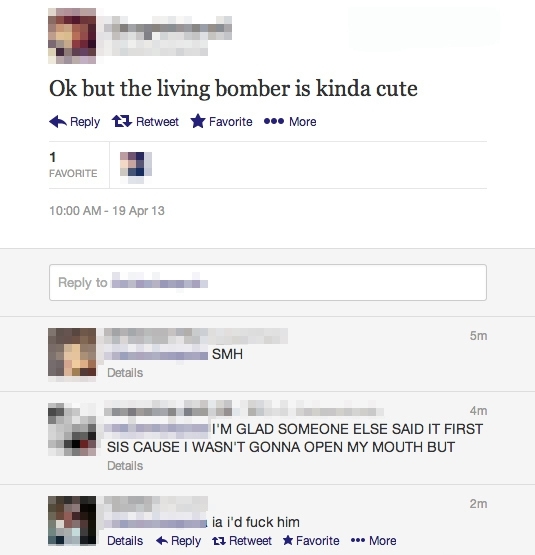 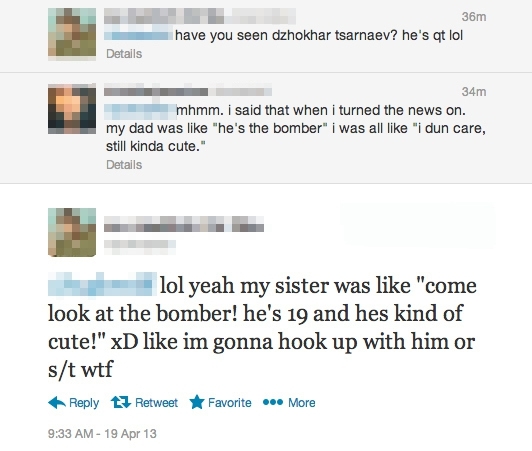 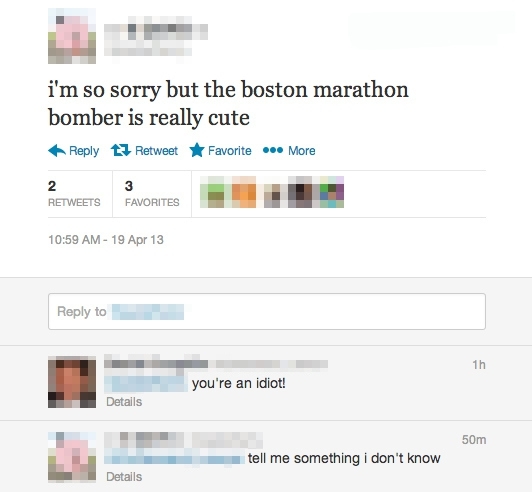 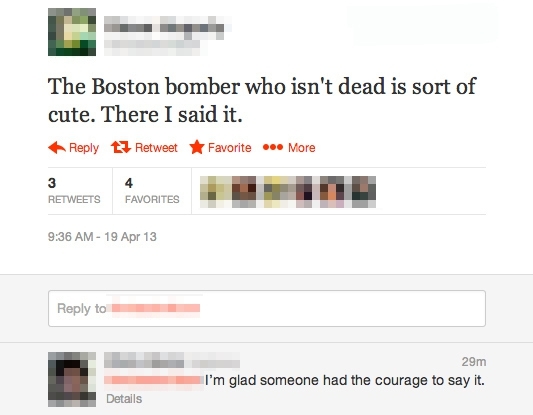 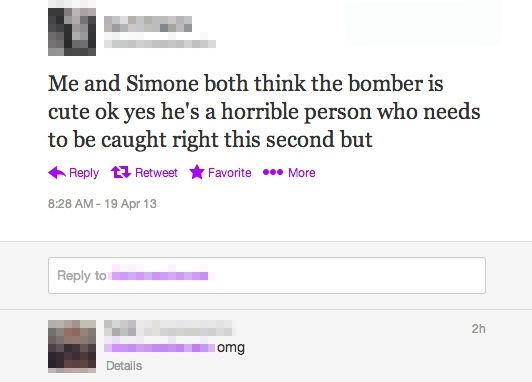 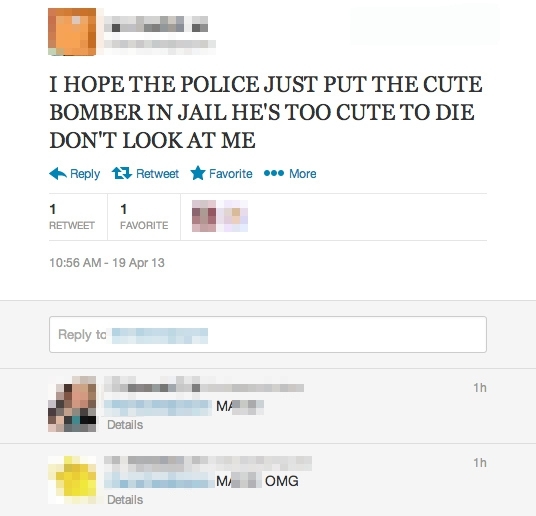 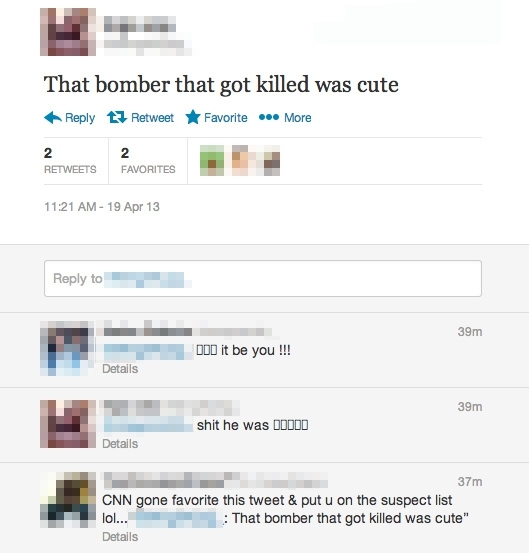 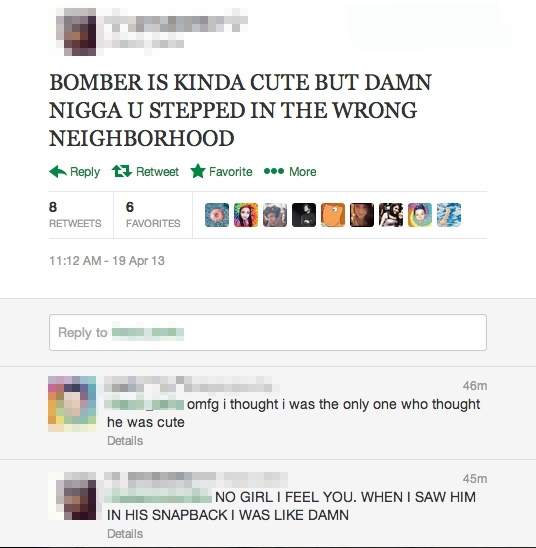