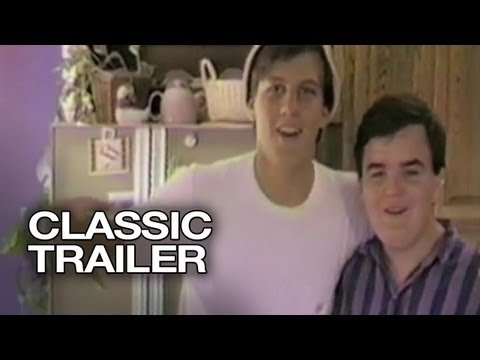 28 apr 2013 16:14
1113
11
There are great movies you want to revisit and fall in love with all over again, and then there are movies that are great, but are so powerfully disturbing, profoundly unsettling, or deeply upsetting that you can acknowledge their greatness but refuse to ever endure the experience again. We’ve culled together a list of what we think are the greatest movies we never want to see again, but that doesn’t mean you shouldn’t check them out. Each of these films are effective and great in their own ways, but all of them are too unnerving to ever revisit.

Read on to check out our list of the greatest movies we never want to see again — does your favorite painful experience make the cut?

Darren Aronofsky’s portrait of addiction is captivating and deeply disturbing for many reasons. The film follows heroin addicts Harry (Jared Leto), his girlfriend Marion (Jennifer Connelly), and their friend Tyrone (Marlon Wayans) as they go deeper down the rabbit hole, becoming increasingly desperate to seek out their next high. We also watch as Harry’s mother becomes addicted to weight loss pills in an attempt to return to the prime of her life so she can appear on an infomercial. Aronofsky takes ideas that seem so simple and non-threatening and turn them into weapons — the recreational drug becomes an addiction, a televsion transforms from a lonely woman’s best friend into her enemy, and a refrigerator takes on a life of its own. But the film’s finale is notoriously hard to stomach, as we watch all four of our main characters reach the end of their rope in disgusting fashion. Once you see what Jennifer Connelly gets herself into just to score some dope, you’ll never be the same.

Michael Haneke remade his own film 10 years later with 2007′s ‘Funny Games,’ starring Naomi Watts and Tim Roth as a couple vacationing at their family’s lake house when a pair of well-dressed, preppy young men stop by to borrow some eggs, but end up taking the family hostage instead. ‘Funny Games’ is a cynical film with shocking, unrelenting violence — where most films aim to shock with gore and guts, this film is more concerned with twisting the knife slowly and mercilessly, while Haneke seems to be scolding his own audience for wanting to see more. That meta* aspect is solidified in one of the film’s most iconic scenes, when a character abruptly breaks the fourth wall and makes the audience a participant in the horror.

Gaspar Noe takes on the rape and revenge genre with this provocative film told in reverse — a woman (Monica Bellucci) is raped, and her lover (Bellucci’s real-life husband Vincent Cassel) seeks out those responsible for the heinous crime so he can exact his horrifying and morally-questionable revenge. ‘Irreversible’ is hard to stomach for a few reasons, primarily Noe’s refusal to cut away from the nauseating sequences of violence, forcing the audience to experience and process the horror on a very personal level. Noe also uses vertiginous camera movements in his lengthy opening sequence to elicit feelings of helplessness, confusion, and agitation. It’s a grueling experience, but a masterful one as well.

Director Paul Greengrass used black box recordings from doomed United flight 93 to recreate the story, as faithfully as possible, of what took place on that plane on September 11, 2001. The unsettling elements are obvious: we know the outcome of this story, but you can’t help but hope that it will somehow be different this time. That’s the magic of movies — the ability to escape into a world where new endings can be fabricated and history can be rewritten.
This documentary (the first in a trilogy series) chronicles the lives of the West Memphis Three, three teenage boys from Arkansas who were arrested and convicted of murdering three young boys in the woods. The evidence was thin, with the teens largely convicted based on their appearance and hearsay, most of which was later recanted, as well as flimsy testimony from “experts,” which was later proven to be largely false. ‘Paradise Lost’ is more than just a heartbreaking documentary about three young men who were sentenced to spend their lives in prison for a crime they likely didn’t commit — it’s also an indictment of a broken justice system. That may not seem like enough to make you think the film belongs on this list, but the maddening story and the frustrating trial are all made so much worse by incorporating blunt footage of the three dead little boys as they were found in the woods.

Steven Spielberg’s Holocaust masterpiece follows Oskar Schindler (portrayed by Liam Neeson), a German businessman who saves the lives of more than a thousand Jews by giving them work in his factories. That seems like a heart-warming tale, but Spielberg utilizes black and white to face his audience with the stark realities of the Holocaust and Nazi war crimes, including a devastating sequence in which Jewish prisoners, believing they’re heading off to take a shower, are marched naked into a gas chamber. It sounds horrifying, but that’s hardly the worst of what Holocaust victims endured. Spielberg does his best to present a film that is honest, never flinching away from the truth, even when it’s inconceivably brutal. In order to relay the story of a man who saved the lives of over a thousand people, Spielberg must also confront the crimes of a man who murdered millions.

The French really know how to push buttons, especially when it comes to horror. ‘Inside,’ or ‘A l’interieur,’ tells the story of a pregnant woman named Sarah, recently widowed after her husband died in a horrible car accident. On the eve before she’s scheduled to deliver her baby, Sarah is visited by a mysterious woman in black, who demands to take Sarah’s baby from her by any means necessary. There are scissors and knives and, as you can imagine, buckets of blood in this terrifying home invasion story that preys on the worst fears of pregnant women. ‘Inside’ is bleak and grim, and if you can make it through the last 10 minutes, you’ll never want to endure it again.

Gaspar Noe makes it onto the list again with his self-described “psychedelic melodrama” about a young man named Oscar who is shot and killed by the police, but continues to observe life after death, floating above and watching lives as they carry on without him. Much of the film is bright and neon-colored, with a very confrontational and memorable opening involving heavy use of strobe flashes; the film notably carried a seizure warning after inducing seizures in a few viewers. There’s tons of disorienting first person point-of-view footage, hallucinatory sequences, and graphic sex scenes, including a scene in which Oscar enters the body of his friend Alex, who is having sex with Oscar’s sister, Linda. During the scene, Oscar travels through Alex’s body into his sister’s own birth canal and travels with the semen as it impregnates his sister. And that’s not even the half of it.

Yet another French horror film makes its way onto the list — Pascal Laugier’s brutal 2008 horror film tells the story of Lucie, a little girl who escapes torture but is haunted by a destructive force that isn’t quite done with her yet. With the aid of her friend Anna, Lucie seeks to confront her torturers and rid herself of the persistent entity that’s causing her so much pain. To say much else would spoil the twists and turns of the film, but it is undeniably cynical and relentlessly violent, soaked in blood and confronting the audience with unimaginable torture. That the film was conceived and written by Laugier in the midst of a deep depression is evident, and while ‘Martyrs’ is indeed difficult to sit through without cringing or looking away, the film’s themes are universal and profound.

Like Michael Haneke, Lars Von Trier is another director whose films are often great, but so unflinchingly bleak that you may never want to sit through them ever again. ‘Antichrist,’ released in 2009, follows a man (Willem Dafoe) and his wife (Charlotte Gainsbourg) — credited only as “Man” and “Woman” — as they travel to the countryside to ease the grief and guilt felt by the woman following the shocking death of their young child, who fell out of a window while the couple made love. Gainsbourg gives an incredibly dark performance as the woman, whose previous thesis research on the evil of women in the days of witch-hunts may be of more import than her husband realized.
* Запрещены в РФ