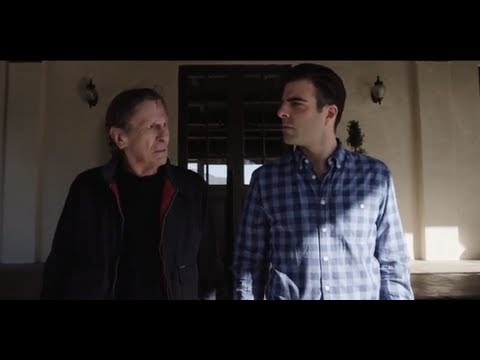 07 may 2013 20:40
725
1
Car commercials have a habit of making such little sense that it’s often not until you get to the end of the ad that you even know it’s for a car. Which is sort of the case with Audi’s new Spock vs. Spock ad, which pits actors Leonard Nimoy and Zachary Quinto against each other in a race to prove which is the superior Spock.

In this imaginary world (which we secretly hope is real), Quinto and Nimoy have a fun rivalry in which they play online chess and race each other to golf courses.
Unfortunately for Leonard Nimoy, however, he doesn’t have a far-superior and magical Audi but rather an allegedly inferior Mercedes-Benz that makes old Spock spout the F-word. (Points to you, Mercedes, for eliciting such human emotion from him.)
Check out the entire video above for even more adorable, not to mention the best use of the Vulcan death grip — and the most random use of Nimoy’s ’70s song ‘The Ballad of Bilbo Baggins’ — ever.