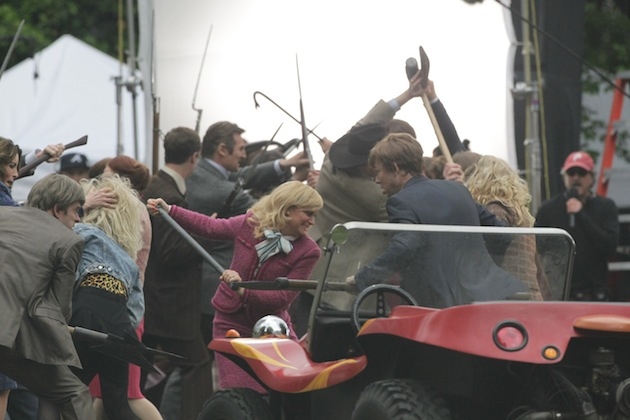 08 may 2013 13:24
990
9
Anytime Amy Poehler and Tina Fey are in a film together, two things are guaranteed: 1. It is guaranteed to be funny. 2. Everyone is going to watch it, including me, and I'm not even an 'Anchorman' film fan.
Production on the sequel the world, (or at least a small segment of the population anyway) has been waiting for with bated breath is finally underway.
That’s right — ‘Anchorman 2′ is busy filming yet another news-anchor-on-news-anchor fight scene with brand new cameos from brilliant comediennes Tina Fey and Amy Poehler, with Sacha Baron Cohen, character actor John C. Reilly and veteran Liam Neeson joining in as well.

Yes, Liam Neeson. Because his attempts at comedy worked out so well the first time.
From what we can tell, Fey and Poehler ganged up on Cohen, Steve Carell‘s character Brick brought back his weapon of choice (the trident) and later what appears to be a flamethrower, Neeson led a battle cry that included Confederate War Soldier John C. Reilly, and someone threw in a random minotaur for funzies.
Check out all the pictures below for the insanity.