08 may 2013 13:41
924
4
As George Bluth Sr. once screamed at Michael while jerking him around by his collar, “THERE’S ALWAYS MONEY IN THE BANANA STAND” (No Touching), and clearly Netflix agrees, as they are now launching their own Bluth’s Original Frozen Banana Stands around the world. The first banana stand popped up in London today, and will be touring the UK for a couple of weeks. As the May 26th date approaches in the United States, however, those banana stands will be popping up around the country, which will give us all an excuse to say “banana” and “nuts.”


Banana stand location and dates can be found on the official Arrested Development twitter account. The original frozen banana only cost $1, while you can get a Simple Simon for half that. Even figuring conversation rates, THAT’S A STEAL.
Here’s pictures of the first one in action. 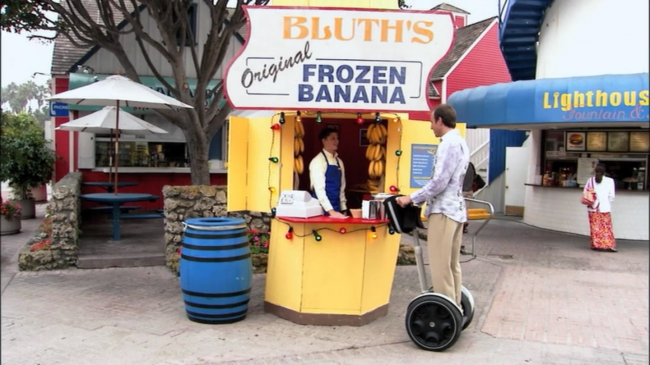