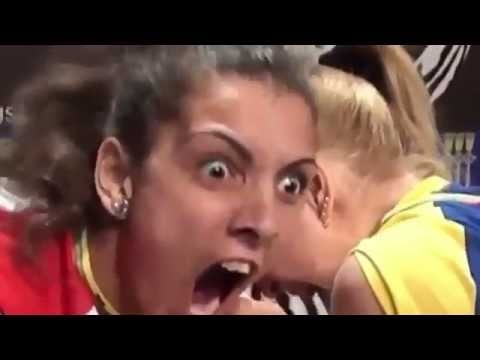 This Screaming Female Arm Wrestler Will Scare You to Death

Monica Seles is no longer the most notorious female athlete to grunt. In this video of two women arm wrestling, one of the contestants unleashes screams of fury that you don’t normally see outside of someone being chased by Freddy Krueger. Seriously, look at her – her eyes appear as if they might pop out. Sadly, the woman should probably work on her technique because she lost the match, which we bet had her screaming in disappointment.