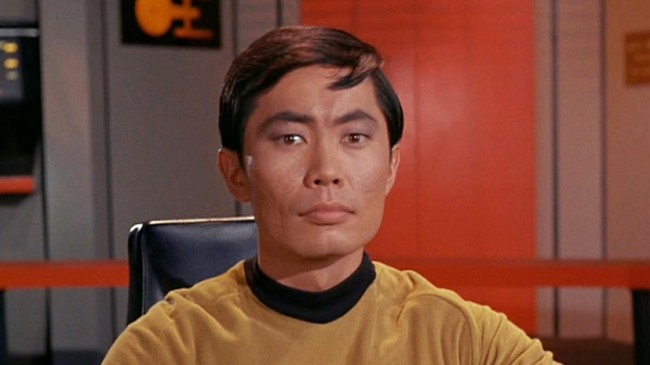 As much as I love Star Trek, the original series, the acting in Star Trek: Into Darkness, the movie, is about 34,294 times better (number provided by Mr. Spock). Chris Pine’s William Shatner is better than William Shatner’s William Shatner, Zoe Saldana and Zachary Quinto are given more to do as Uhura and Spock then Nichelle Nichols and Leonard Nimoy ever did, and Alice Eve, well, I don’t want to spoil anything, but Alice. Eve. The one major exception: Hikaru Sulu. John Cho is a very good actor, but no one can play the Enterprise’s helmsman with such delicious delight as George Takei. His slinky “oh my” is a thing of legend, and as we’ve highlighted time and time again, he’s making the Internet a better place to be. BuzzFeed had the wise idea to get Takei, one of the world’s foremost gay rights advocates, to respond to anti-gay protestors who attended the Prop 8/DOMA hearings outside the Supreme Court in March. He’s as good at shaming bigots as he is at fencing.