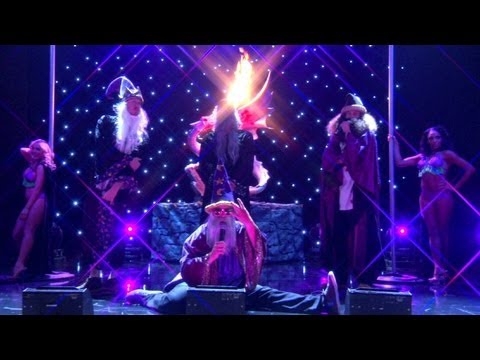 28 may 2013 11:54
2454
1
It would be perfectly understandable to be disappointed if you were looking forward to seeing the guys from ‘Workaholics’ on Conan’s show, and he announced that they had to cancel last minute. But that disappointment would be worth the excitement of realizing PSYCH that’s totally them dressed as wizards and rapping!
This video is NSFW, due to wizard-y swearing and also we guess chicks in bikinis pole dancing. That’s NSFW, right? We look at so much stuff on the internet that we’re pretty much numb at this point. Anyway, here’s the ‘Workaholics’ crew, straight outta Mordor.