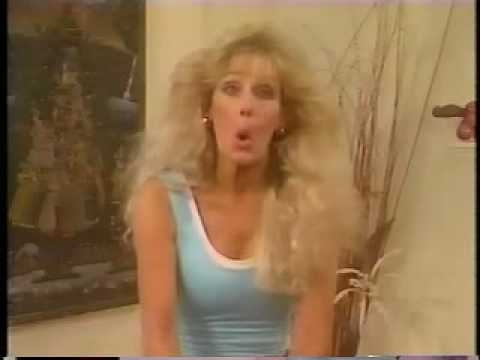 28 jun 2013 13:21
1406
7
Everyone wants to be lean and fit and Americans will go to great lengths to avoid doing it the old fashioned way — actual exercise. It’s because we’re pretty lazy.
Since we’d all like to find that secret shortcut to getting in shape, there have been some pretty hilarious fitness crazes in the past few decades. Though most have fizzled and died, they are thankfully preserved on the internet.
Here are a few of our favorites with their original commercials. Operators are standing by…to laugh at you.
The Lion


Fitness guru Greer Childers was tired of fitness workouts that "only worked muscles from the neck down." To address this gaping hole in the fitness industry, she worked with a "renowned plastic surgeon of the stars from San Francisco" to create this workout, which strengthens the facial muscles "reducing and perhaps eliminating the need for plastic surgery."
While the craze never really caught on, it's thankfully immortalized on YouTube, for our enjoyment.


We'll be honest; we mostly remember this 1991 Suzanne Somers fitness craze because she had really great legs, but we'd bet money that there's a Thighmaster buried somewhere in half of the basements in America.

Anyone still using one? Get in touch, we have so many questions, like ummm....why?
Tony Little's Gazelle


If you were a kid in the early 90s, we're guessing your mom had at least a few Tony Little workout VHS tapes. This high-strung short dude with a long, curly blonde ponytail motivated his viewers to get in shape with lots of screaming, including the catch phrase "you can do eeeet!"

People seemed to get really into him, and so he came out with The Gazelle, and screamed about how "whisper-quiet" it was in this commercial.
Buns of Steel


Aren't we all entitled to a "bun rebirth?" Greg Smithey thinks so.


The Ab Lounge claimed to already have over two million customers when this commercial for the XL was released in the early 2000s. Though that numbers seems a bit inflated, we've seen these machines at yard sales for the past decade. They didn't say satisfied customers, they just said customers.

Judging from those yard sales, it seems unlikely that it is actually effective to "lounge" and do sit-ups at the same time, so we'll stick to regular lounging.
The Hawaii Chair


With the Hawaii Chair, "If you can sit, you can get fit"... on opposite day.

We'd love to visit the warehouse (presumably in Boca Raton, FL) that someone is paying money to rent, which holds the thousands of unsold Hawaii Chairs we are sure exist. Did anyone actually order one of these? Maybe on the island of Comeonawannapunchya.
The FaceTrainer


During the instructional video for this Hannibal Lector fitness product, we are told that "if you feel too much pressure on your jaw, adjust the straps to a lesser, more comfortable resistance." Pardon?

Several times during this video, the instructor also emphasizes the importance of covering your eyebrows with the FaceTrainer, which is a bit alarming. Is there a possibility of burning them off? What exactly happens, once you "start?"

So many unanswered questions. Maybe that 800-number still works...