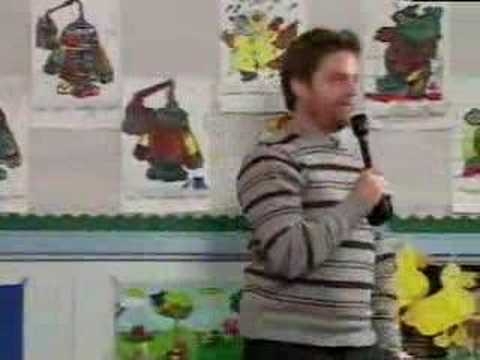 09 aug 2013 18:24
904
1
Zach Galifianakis hasn’t always been a comedy superstar — before ‘The Hangover,’ Galifianakis was just a piano-playing comedian who managed to get a very short-lived show on VH1.
Before ‘Late World With Zach’ was canceled, this clip was filmed. It’s Galifianakis performing for a bunch of preschool students. Not surprisingly, he kills. There’s a reason he’s so popular now. Enjoy!