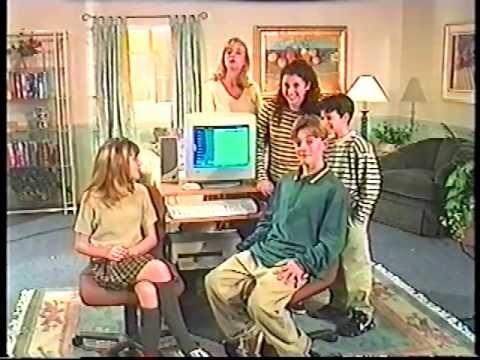 In ‘The Kids Guide to the Internet,’ a family straight out of central casting circa the mid-’90s helps viewers understand this newfangled invention. The jokes are terrible. The acting is lame. The music is ridiculous. And the boy, Peter, has a voice that quivers more than anyone’s has since another Peter’s — Peter Brady — did on ‘The Brady Bunch.’
The video is long, but is so adorably lame and nostalgic at the same time that it flies by quicker than the time it took for your AOL to go offline after your mom picked up the phone to make a call.