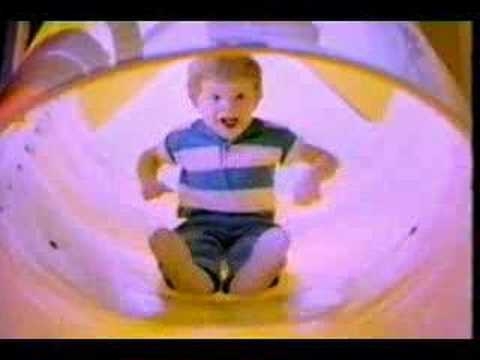 17 aug 2013 19:44
999
5
Growing up in the ’80s was an exciting time for kids like me. Arcades were everywhere, and you couldn’t step into a single store without running into a pinball or game machine. One of the biggest arcade chains back in the day was Chuck E. Cheese. I used to frequent the one in San Jose, CA. (which was also the very first Chuck E. Cheese restaurant, opened by Atari founder Nolan Bushnell). My parents would take me there every Friday, where I would spend hours getting high scores on games like Popeye, Kangaroo and Tempest. They even had a crawl through “haunted house” and a room where you would pose against a white wall, wait for the camera flash, then step back and see your shadow. It was a magical place as a kid, and I’ll never forget those memories, except the 10 Dumbest Chuck E. Cheese Commercials. Today’s Chuck E. Cheese is a shell of its former self, filled with ticket redemption games and parents who like to fist fight.
One thing I will forget though? The commercials that used to air on TV. During the ’80s and ’90s, the old Chuckster advertising team would come up with some of the stupidest ads you would ever see. While I’ll always love my time spent at a place that housed an ugly rat (mouse, whatever), as its mascot, one thing I’ll always hate are these 5 Dumbest Chuck E. Cheese Commercials.
Looks like this kid is going to be spending his money on hospital bills after his little sister eats one of the plastic balls. Congrats, big brother. You deserve a spot on our list of the 10 Dumbest Chuck E. Cheese Commercials.

Your parents won't be smiling when you throw up all the pizza, soda and cake you devoured in 30 minutes before running around the arcade like a crack monkey.

Might have to turn the audio up on this 1984 classic, where they hock a really cheap T-shirt for the low, low price of $2.99. Why was it only three dollars? Because it probably smelled like rat pee.