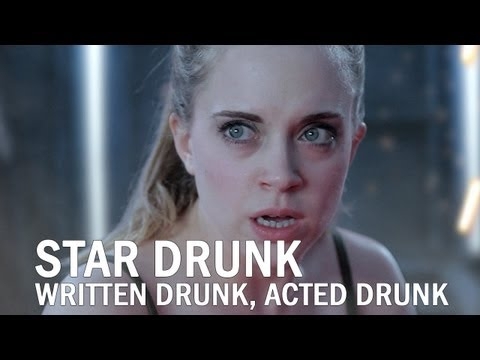 Watch 'Star Drunk,' a Movie Made By and Starring Drunk People (1 video)

27 aug 2013 16:00
Tags: artistic   awesome   clever   cool   crazy   funny   random   rocks   silly   sweet
695
1
A short film called ‘Star Drunk’ answers a question you didn’t know you had: what would a movie look like if it was written by drunk people, directed by a drunk person and starred only drunk actors? Sorry, ‘Sharknado.’ You no longer hold the title for the most ridiculous movie to come out in 2013.

The answer can be found in this sci-fi action flick, which actually comes out better than you think, thanks to some slick production and a cast that, while blitzed, is not fall-down-on-your-face-after-a-night-cruising-the-frat-houses wasted.
One of the film’s stars even took to Reddit to dispel any talk the cast really wasn’t loaded:
A big question being asked repeatedly and understandably is: were all the actors REALLY drunk? The answer is a big YES! In fact, I personally got so wasted due to not timing my drinking correctly to when I was supposed to deliver, that I actually passed out and had to do it all over again (yes, get drunk all over again) a couple days later.”
Ahh, only in America can you go online to prove you were indeed inebriated while doing your job. What a country!
As for what the cast of ‘Sharknado’ was on when they agreed to make that cult classic, well, that’s under wraps.