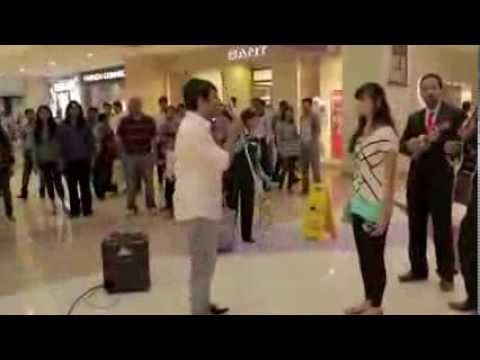 This Hilariously Awful Marriage Proposal Can't Be Real...Can It?

This video captures the latest in a long line of marriage proposals gone awry. For starters, it’s in a mall (where the couple met) and, unless you’re Tiffany and it’s 1986, no woman will be touched by the gesture. Second, there are way too many people (including a cheesy band and a woman mopping behind him) on hand. And, third, a train comes trolling by in the middle of it, making an awkward situation even more so.
By the time Romeo here gets on bended knee, the girlfriend — who, based on her actions, may not be his girlfriend anymore – has clearly had enough.
The jury is still out whether this was staged or not, but who cares? It’s funny. In either case, we win just by watching.