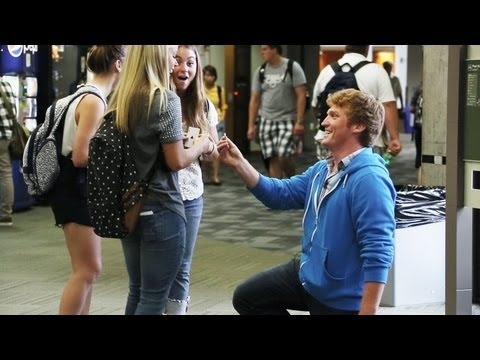 Magician Proposes to Strangers After Fooling Them With a Card Trick

09 sep 2013 12:14
Tags: cards   cool   fooling   magician   proposes   stranger   stuart-edge   trick
1068
3
Magician Stuart Edge went up to total strangers and asked for their hand in marriage after fooling them a card trick. Stuart started off by telling the stranger that they were in his dream last night and, in this dream, they asked him to turn over a certain card from his deck. He then asks them to think of a card while he magically makes it appear, proving that the dream was real. He ends it all by dropping to one knee and pulling out an engagement ring.