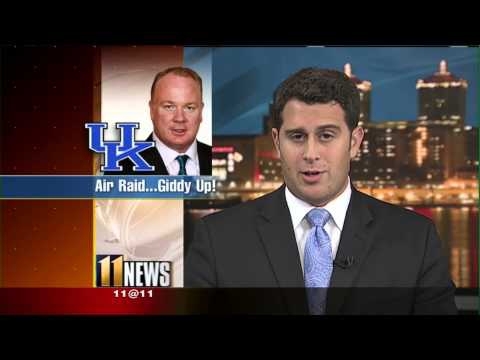 09 sep 2013 14:36
Tags: artistic   awesome   comedy   funny   funny-crazy-wtf-people   interesting   music   random   silly   weird
1132
1
Adam Lefkoe is a sports anchor with WHAS in Louisville, Kentucky who decided to spice up an otherwise routine segment by peppering in as many ‘Seinfeld’ references as possible. Here’s a report that’s real…and it’s spectacular.
From reporting on University of Louisville basketball coach Rick Pitino being inducted into the Hall of Fame to showing highlights of NFL games, Lefkoe wows his viewers with his wit and proves he is indeed master of his domain. (Not that there’s anything wrong with that.)
Lefkoe has gone down this road before. Earlier this month, he filled his sportscast with a bunch of wrestling references (which you can see below), leading us to wonder what could possibly be next on his agenda.
All we know is whoever is doing his writing should probably think about applying for a gig with the J. Peterman catalog.