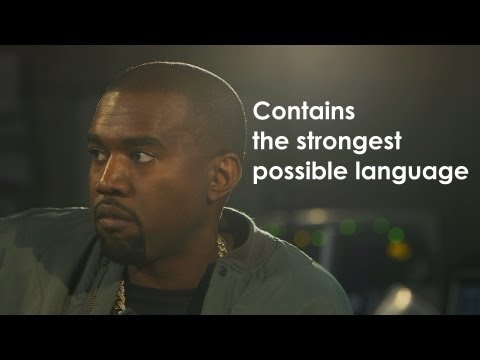 25 sep 2013 15:57
1157
1
“Rap is the new rock n’ roll,” Kanye West said in a new, typically cocky interview. “We the new rock stars, and I’m the biggest of all of them. I’m the No. 1 rockstar on the planet.”
Well, sort of.
The bombast went down in an interview with BBC Radio 1. While West does indeed believe he’s the best rockstar out there, he’s still frustrated by the fact that his self-proclaimed “big brother” Jay-Z is more successful than he is.
“Jay Z is more realized than me,” West whined. “More of his dreams and aspirations have come true. You don’t realize I am so frustrated,” he fumed. “Like, I’ve got so much I want to give. … And I’ve got a million people telling me why I can’t do it.”
Of course, West may be frustrated, but that doesn’t mean he’s not cocky. “I know how to make perfect, but that’s not what I’m here to do,” he sniped. “I’m here to crack the pavement and make new grounds sonically … and culturally.”
Still, Yeezus Christ has one person he worships slightly more than himself. “I would not be Kanye West if it wasn’t for Michael Jackson,” he said. “I was able to ascend to massive heights,” he said. “And I’ve got to a point that Michael Jackson did not break down. I have reached the glass ceiling, as a creative person, as a celebrity and I’ve been at it for 10 years.”