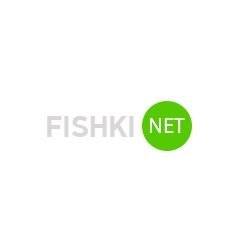 The Eden Project is a visitor attraction in Cornwall in the United Kingdom, including the world's largest greenhouse. Inside the artificial biomes are plants that are collected from all around the world. The project is located in a reclaimed Kaolinite pit, located 1.25 mi (2 kilometres) from the town of St Blazey and 5 kilometres (3 mi) from the larger town of St Austell, Cornwall. The complex is dominated by two huge enclosures consisting of adjoining domes that house thousands of plant species, and each enclosure emulates a natural biome. The domes consist of hundreds of hexagonal and pentagonal, inflated, plastic cells supported by steel frames. The first dome emulates a tropical environment, and the second a Mediterranean environment.

0
The project, funded by a nonprofit foundation, emphasizes the conservation of resources and the contribution of plant diversity to human life. The educational contribution of the project enabled the foundation qualify GiftAid allowing the organization to recover the taxes of the British state. These taxes represent about 30% of the amount of subsidies .

Spectators outside the park

0
All technologies related to the cultivation of plants that are made ​​and developed in the Eden Project are made ​​in collaboration with other research centers.

Eden Project view from above

0
Eden Project Designers refute the adjective theme park. The park was initially created to demonstrate the ability to use nature to regenerate a damaged by human activity. The park however involves all ingredients of a theme park: Area transit signposted, amusement hall, exhibition building, screening rooms, newly built in 2006, the "Core" means a wooden frame nailed inspired sheet the method of plant growth, as can be seen from outside a woody pineapple leaves where they overlap, and the unavoidable closing shop visits required in step

spectators walk through the park

0
Despite the obvious pedagogical quality of plantations and exhibitions, the aspect of sustainable development is seen little in the operation of the park. Apart from composting and recovery of runoff, puts little emphasis on eco-energetic management.

0
These absences does raise a question about the validity of the environmental approach in which the project was based.