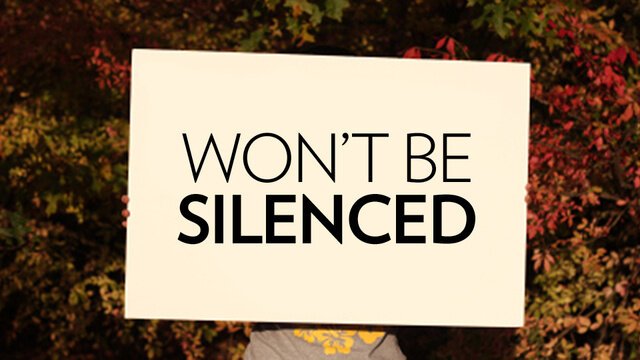 Things You Probably Shouldn't Say to a Survivor of Sexual Assault

Last week, former Amherst College student Angie Epifano's account of being raped on campus and subsequently ignored by the administration spread across the country. Now, Amherst's student advocates are making sure their peers and professors realize that a larger discussion about reshaping the college's sexual assault policy and general culture is only just beginning.

Dana Bolger, a current senior and rape survivor who has been working tirelessly to ensure that the stories of other survivors will no longer be dismissed, helped put together a collection of photos of men and women who were sexually assaulted on campus, holding the words said to them by members of the community following their assaults. "Not every survivor is holding his or her own sign," she notes on the AC Voice. "Some of the students have transferred or dropped out of Amherst out of fear of their attackers' continued presence on campus or from lack of options in the face of an unsympathetic administration".

When it comes to this point, you know something's wrong. Victims of a crime shouldn't be punished, so why, at Amherst College, are they being treated as such? Here's what some of them have to say: 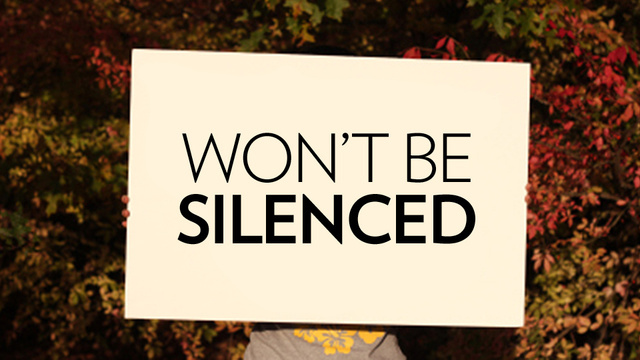 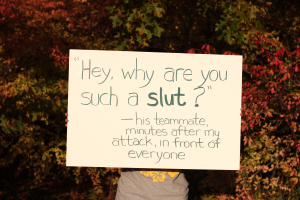 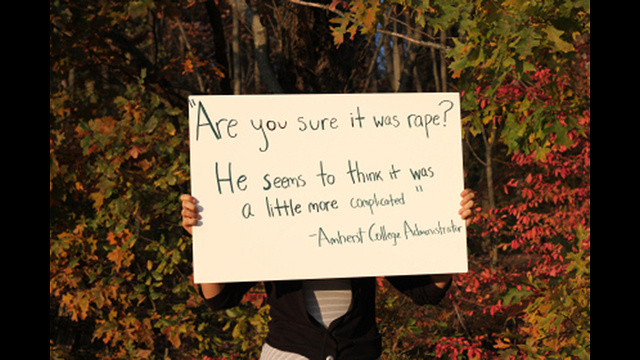 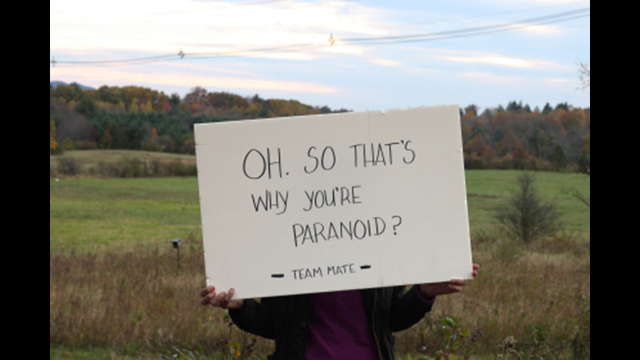 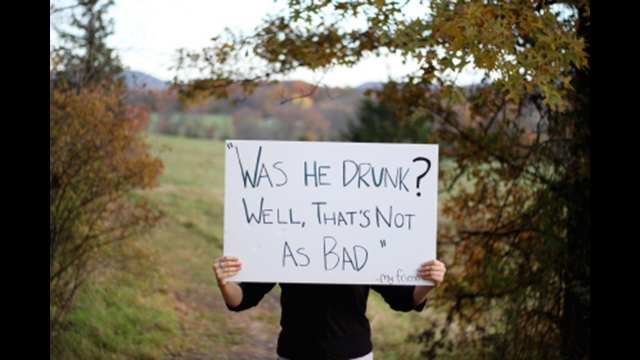 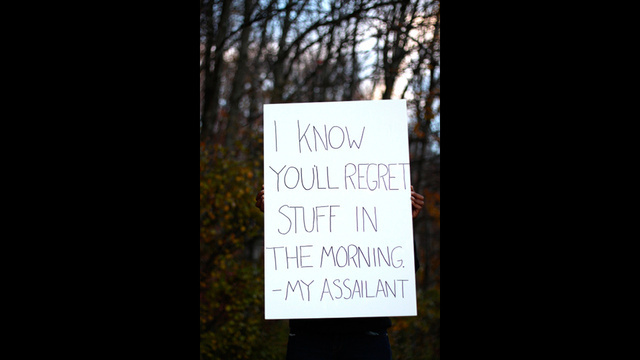 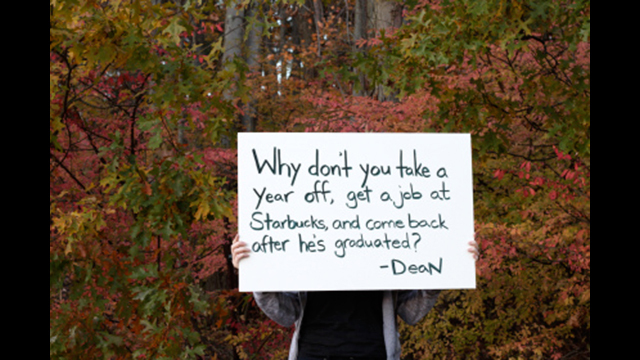 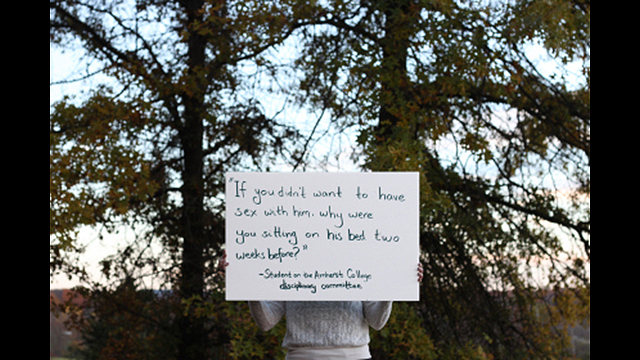 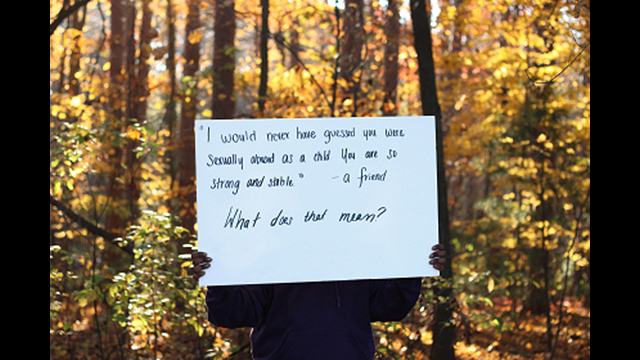 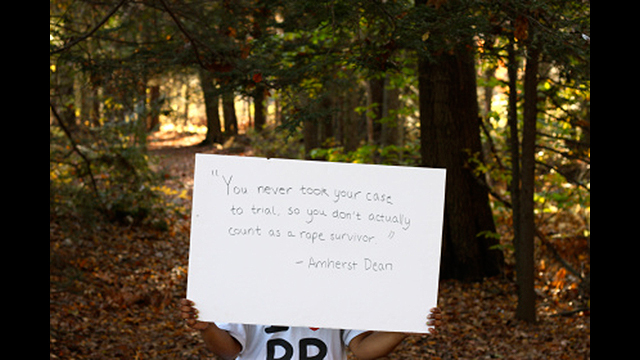 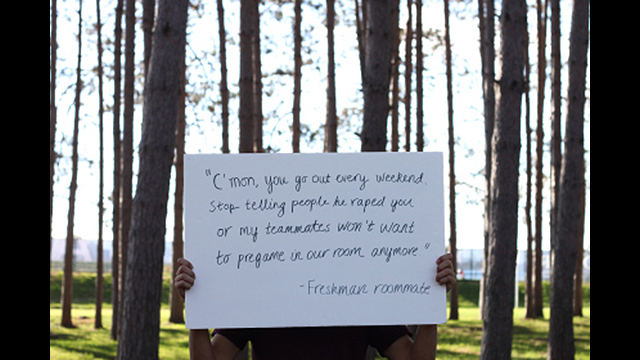 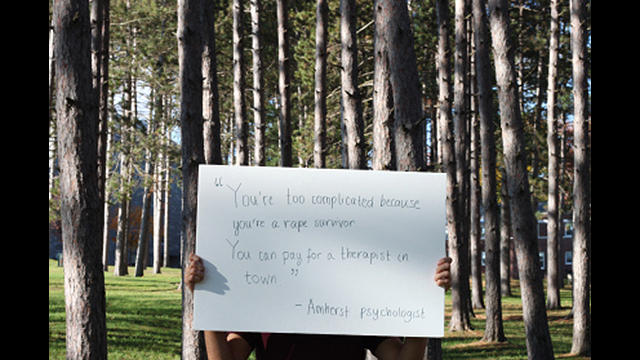 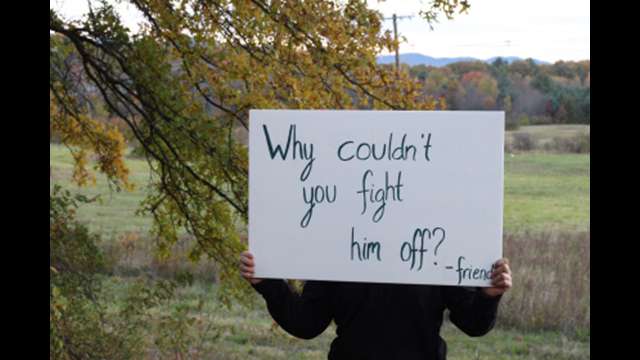