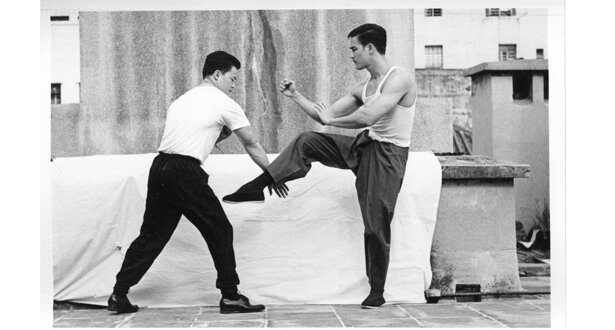 Think of Bruce Lee and you think of one-inch punches, two-finger press-ups and three (hundred) conspiracy theories about how he died — our favourite being that he was murdered by a kung-fu master who knew a move that could kill someone without touching them.

The newly uncovered photographs show a different side of the lean, muscular fighter who destroyed Chuck Norris in Way Of The Dragon. Instead, Lee is a young and surprisingly stocky man of just 23, three years before his big break as Kato in The Green Hornet.

The setting is a Hong Kong rooftop in the summer of 1963 and the person with the unenviable task of absorbing his powerful footwork is his sister’s boyfriend Robert Chen.

Fortunately, this isn’t the result of a disagreement over family matters. The two are demonstrating their contrasting fighting styles for renowned martial-arts master Ip Man.

Lee favoured Wing Chun (a close-range technique that utilises both striking and grappling), while Chen was a fan of rival technique Choy Le Fut (an effective self-defence method when fighting off multiple attackers).

Other newly-found snaps include a young Lee choking a rival on the floor - again, not a genuine dispute, it was while filming 1958's The Orphan, his last role as a 'child actor'; and larking about in the backyard of his family's favourite Hong Kong restaurant in that same 1963 summer trip where he practised Wing Chun with brother Robert just before dessert.

Robert is actually the man behind the lens for all of these snaps and has since kept them in photo album purgatory. 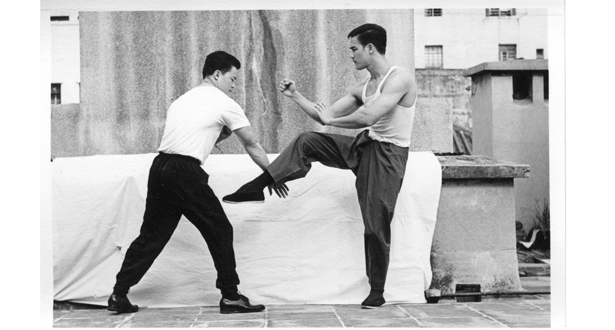 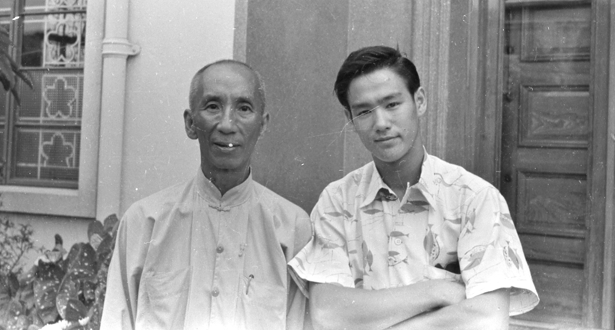 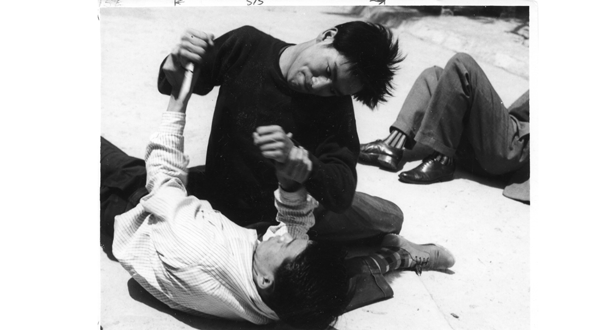 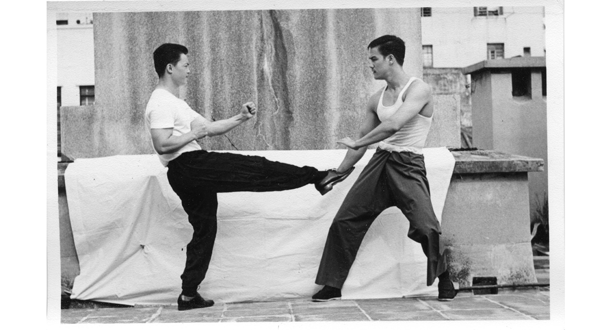 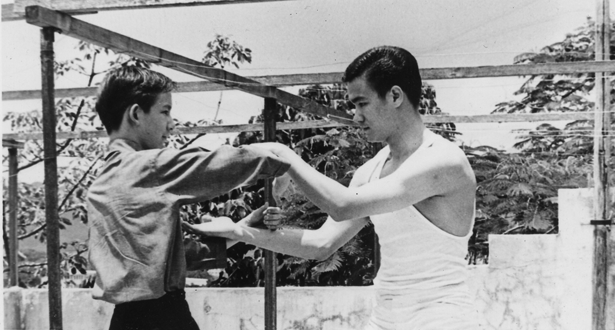