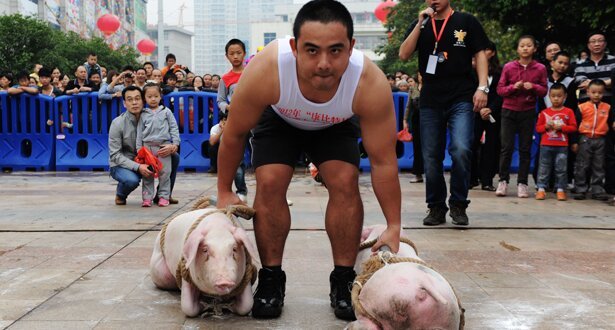 Normality has been put on hold yet again in earth's oddest nation, with China's Hercules strong man competition reaching the pig-lugging stage.

Contestants are tasked with lifting 100kg of pig and carrying it 30metres in Henyang, southern China's Hunan Province.

The pig-carrying is just one element of the National Fitness Festival, which was launched in 2009 to promote exercise in the region. It is now in its third year. 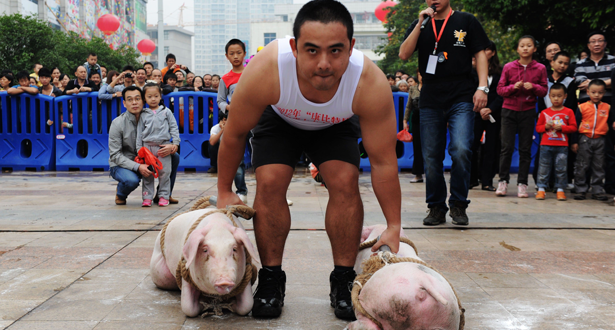 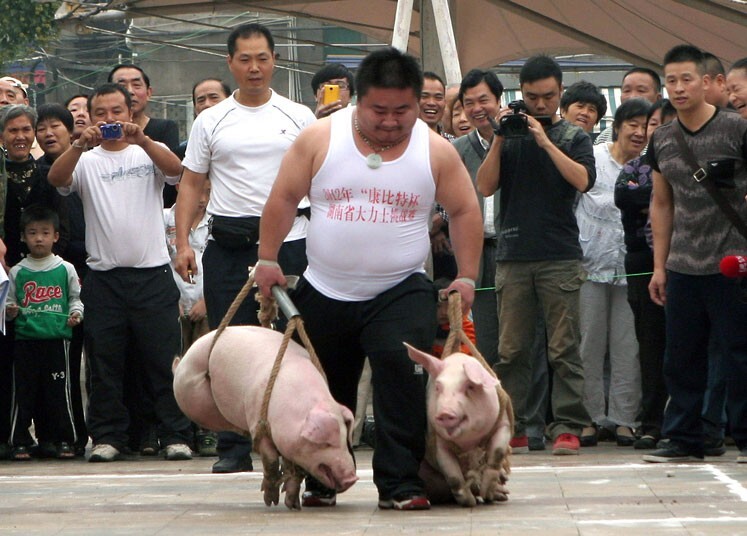 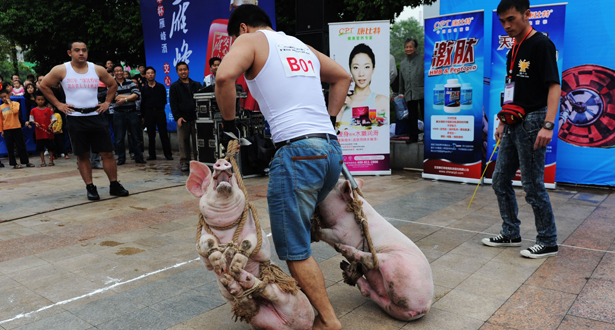 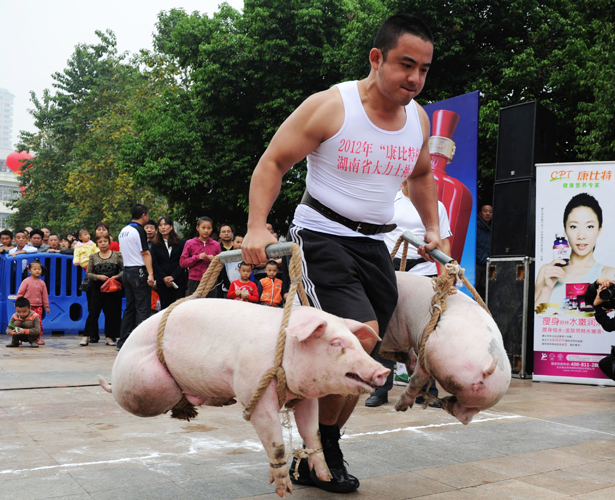