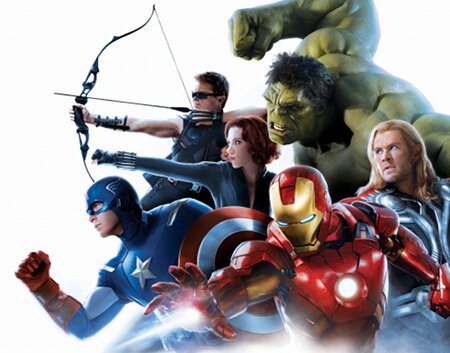 This summer was a movie summer. A bunch of awesome, weird, and puzzling movies came out and it's time someone put some order into this mess. Let's take a look at all the movies in summer 2012 and what was going on. 0
Most confusing movie of 2012.
How does it connect to Alien, exactly? What's the deal with that Engineer left to die on Earth? Many viewers walked away scratching their heads; others took to the Internet to mock the film's uneven mix of profound philosophy and ridiculous horror movie tropes. 0
Most Hilarious movie.
Grab your thunder buddy.
Who would have thought that the guy from 'Family Guy' and 'American Dad' could produce such an awesome movie?
$384 million in worldwide earnings later, on a $50 million budget, Ted proved that MacFarlane has a whole new avenue of revenue to tap. The death of Bruce Wayne/Batman had been a possibility since the Dark Knight Rises began to take shape. Would Nolan kill Bruce Wayne, only to have "Batman" live on thereafter? It seemed highly possible. However, Nolan pulled his usual 180° trickery and instead gave us tears of joy when Alfred (Michael Caine) finally gets his longtime wish to see Bruce sitting in an Italian cafe, freed from the pain and misery of Gotham City and Batman.

If Alfred's fatherly joy wasn't enough, Hans Zimmer's now-classic Dark Knight theme kicked in loud and booming one final time, as John Blake (Joseph Gordon-Levitt) stepped onto the altar of Batman and rose out of view - thereby inspiring fresh tears of sadness, as we realized that Nolan's Dark Knight Legend was well and truly ending. 0
Best Use of Un-famous cast
I've never heard of these actors before... ever.
But they starred in a pretty big film, which turned out to be a hit! This movie put big name films like "The Watch" to shame.
Not bad for two girls whose names are still relatively unknown in the mainstream. We were excited to learn that Chuck Norris would be joining the likes of Sly Stallone, Bruce Willis, Arnold Schwarzenegger and Jean-Claude Van Damme in The Expendables 2. The 72-year-old former action star has seen his screen persona blossom into a full-fledged part of the cultural zeitgeist, thanks to Internet sensations like Chuck Norris Facts.

Norris' brief cameos in Expendables 2 didn't show off any of his martial arts skills, but as "Booker," he still managed to be extra badass, playing the "lone wolf" amidst a collection of movie badasses. When Norris broke down and cracked his own Chuck Norris List-style meta joke, it was all fans needed to make their lives complete. 0
This was quite possibly the best line I've heard in the movies ever. Literally, making me LOL in the theater and having to share social awkwardness.
Loki's tyrannical rant against the Hulk is cut short as the silver-tongued villain literally gets his body used like a fly swatter by the jade giant. Not only was Hulk's big smash moment awesomely hilarious, his subsequent one-liner - "Puny god" - may take the award for best summer catchphrase, as well.