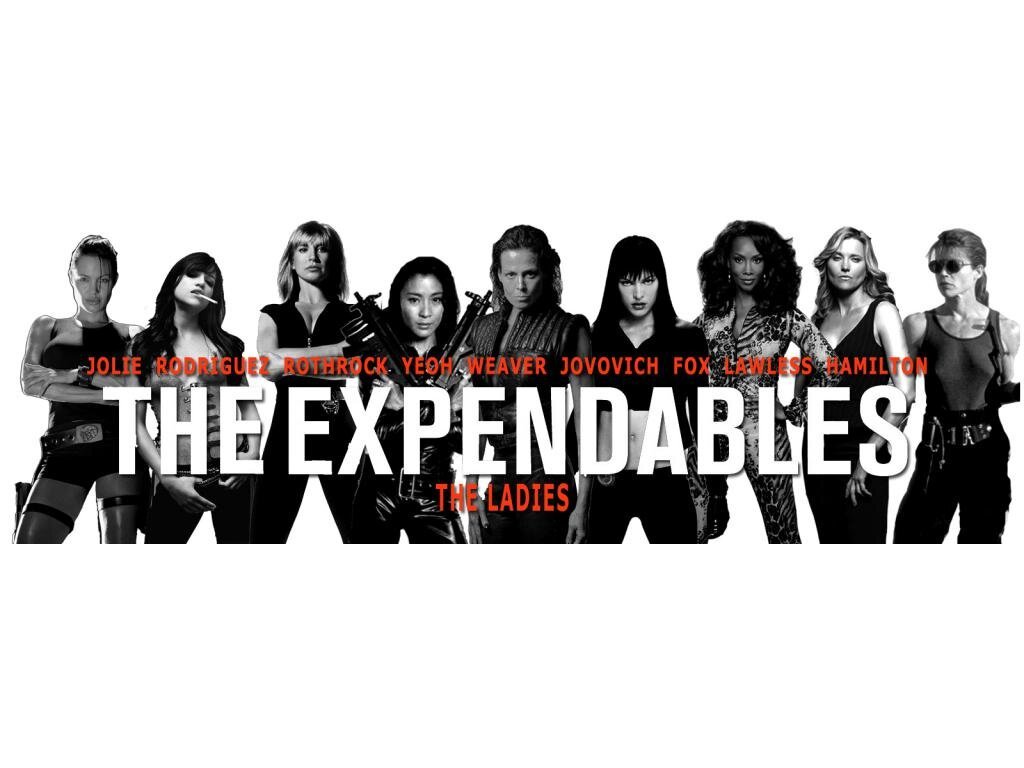 There is nothing that I love more than strong female characters. LOVE!

Ugh! Giant movie producers: can we make this a reality please?

We've compiled a list of Female characters based on popularity that can take over the male roles for us.

Give me some likes for these female bad asses! 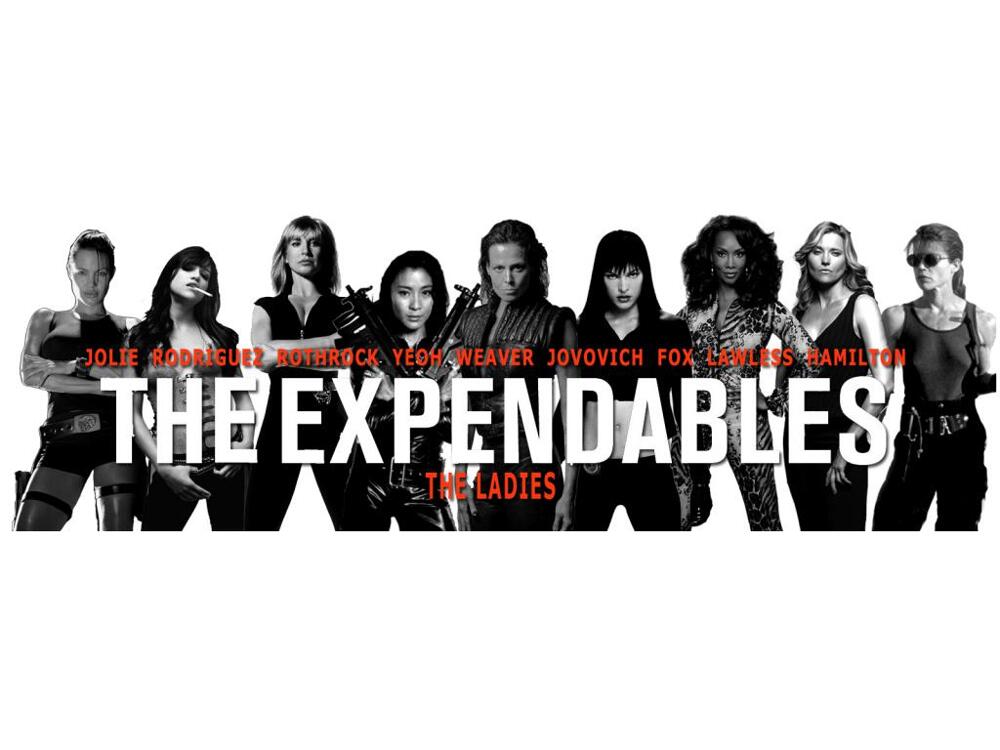 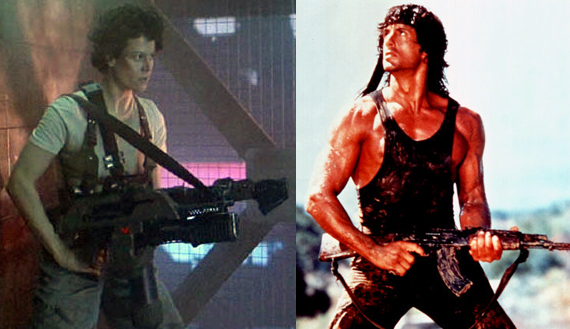 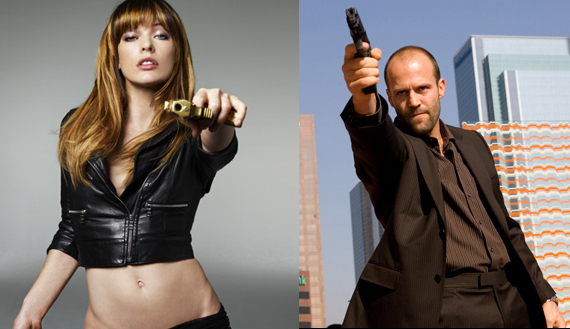 0
Forever cemented in history as one of Films most awesome bad ass women, Jovovich has proven to be the Ultimate Female killer. Duh. She made Five Resident Evil movies. Let's emphasize that again. FIIIIVVEEE. Plus Ultra Violet, and The Fifth Element. She's one of my favorites. I'd love to be like her.
End. 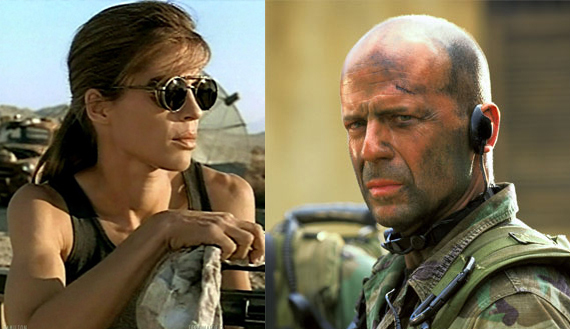 0
Did you see her in 'Terminator 2"? No?
Check out her guns. And I don't mean the pieces of metal she's holding in her hands. 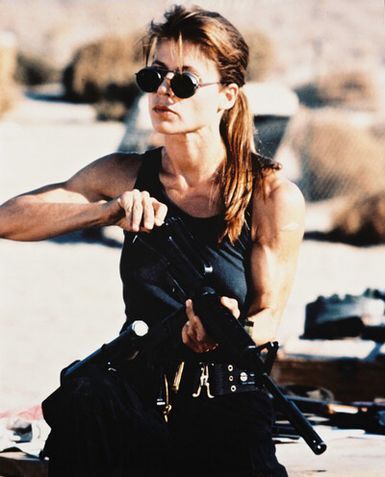 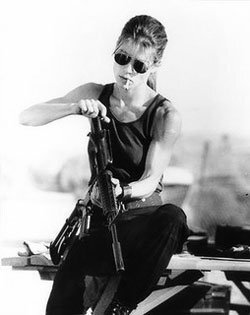 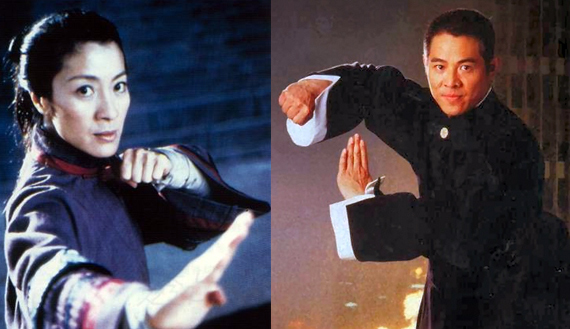 0
I couldn't think of a better person to step into the martial arts role that Jet Li always portrays. Like Li, Yeoh’s martial arts film experience started back in the 80s with the Hong Kong action films Supercop and Police Story 3 and quickly moved on to be the go-to lady for female martial arts roles. She became an American favorite in the epic Crouching Tiger, Hidden Dragon and once again proved her acting/action prowess in Tomorrow Never Dies and The Mummy 3. 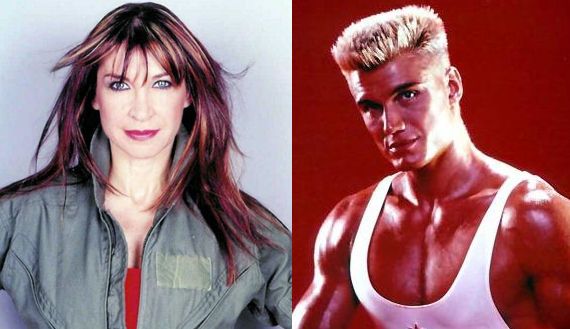 0
80s action film fans will remember her most from the films Jungle Heat, Rapid Fire, Martial Law and her best known role Lady Dragon. In real life, Rothrock is a true badass and holds six black belts in multiple forms of various martial arts. Just like Lundgren, Rothrock continued to make movies after her heyday but she just never got the attention she deserved due to the changing tastes of fickle movie-going audiences. 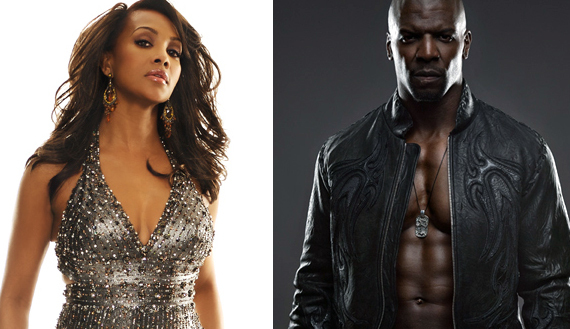 0
Originally I had picked Zoe Saldana (The Losers) for this role but she’s just way too young to properly replace Crews. Instead, I turned to the “Copperhead” from Kill Bill Vol. 1: Vivica Fox, and then my choice was settled. Fox has the same ability as Crews to be both a badass and a comedian at the same time. It’s true that she hasn’t been known for her over-the-top action-heavy films but that doesn’t take away from the fact that she is beautiful, sexy and potentially deadly. 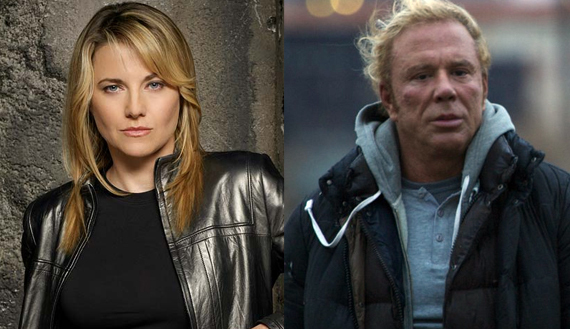 0
here are only a handful of female action characters that people know by name and probably the most well known is Xena: Warrior Princess. Lawless quickly showed that a tall beautiful woman was just as strong and capable of fighting as any male counterpart. 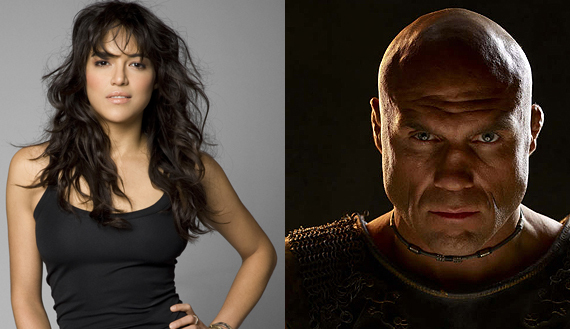 0
The ultimate bad ass, and if it were up to me, number one awesome kick ass female of all time...but I would be biased. I have the biggest crush on Michelle Rodriguez.
In just about every action film she has appeared in she is a shining example of a strong female character. 'The Fast and the Furious', 'S.W.A.T.', 'BloodRayne' and 'Avatar' are great examples of her ability to act tough and kick all sorts of butt.
Who can forget her in 'Girlfight'?!! No one. That movie ultimately proved she is awesome. 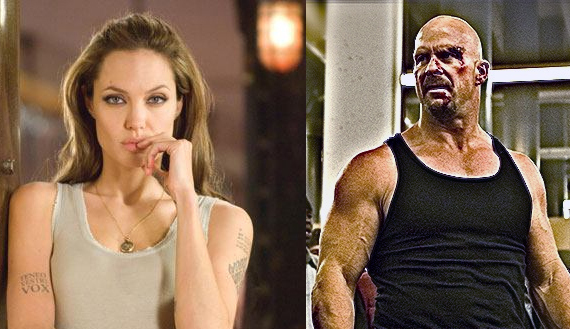 0
She’s a strong actress with a decent staple of actions films under her belt including 'Mr. and Mrs. Smith', 'Gone in Sixty Seconds', 'Beowulf', 'Wanted' and the role she is most well known for 'Lara Croft: Tomb Raider'. Even in the less than adequate action film 'Salt', she is definitely a female bad ass, and one of my personal favorites. 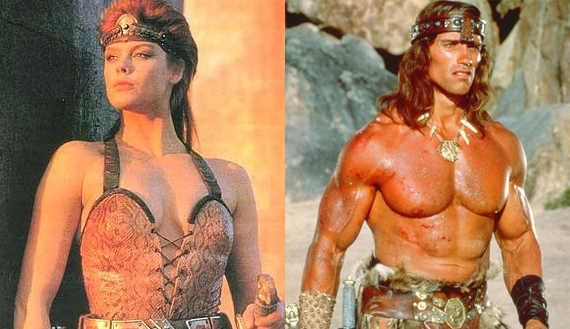 0
Who better to represent one of the best known action film stars of all time than the woman that fought alongside both Schwarzenegger and Stallone in the 80s? She played Red Sonja in both 'Conan' and her own movie and also played Ingrid in Stallone’s 'Cobra'. She sort of lost her way in the lesbian-laced Chained Heat II, found her soul mate on VH-1’s the Flavor of Love and rounded out her trifecta of oddness by having plastic surgery on a German reality show. Still, she deserves a spot on our list just for her original action role as Red Sonja. 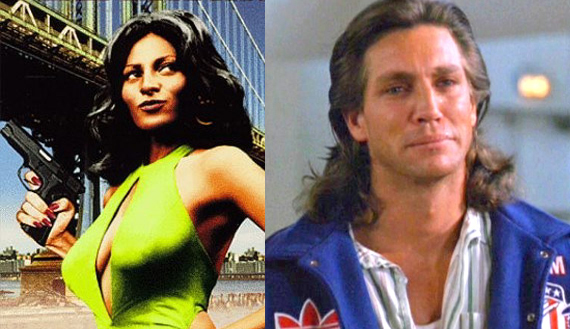 0
What Expendables list would be complete without a bad guy? Eric Roberts has played his share of bad guys throughout his long film career - and he did it not only with great martial arts action but some fair acting chops as well. Trying to replace him is a tough order but I think Pam Grier is up to the challenge. She’s best known for her roles in Foxy Brown and Jackie Brown but she also played a badass woman in Women in Cages and Above the Law. Grier would make a great antagonist for our female Expendables.