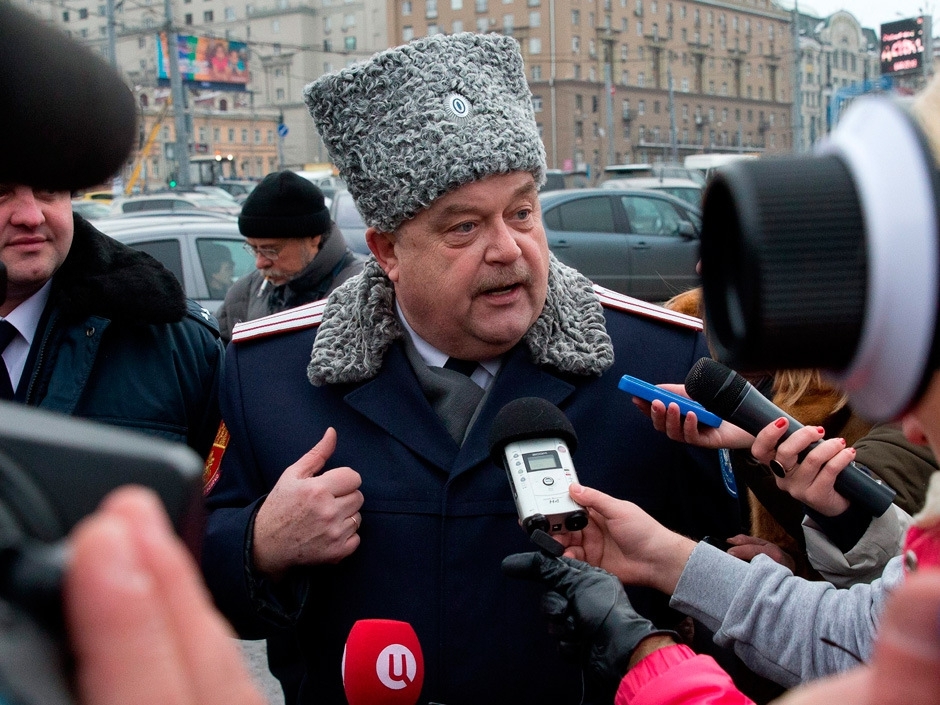 27 nov 2012 19:03
324
9
COSSACKS VERSUS PUSSY RIOT
Cossacks blocked the entrance to a Moscow art gallery exhibiting art depicting Pussy Riot last month, leading to a standoff with riot police called in to disperse them.
“This is not the first time that Cossacks are emerging as a conservative force ready to punish or warn those who from their point of view are acting improperly,” said Maria Lipman, a political analyst at the Carnegie Moscow Center.
Lipman said the higher Cossack profile was a product of a growing Kremlin reliance on conservative forces, such as the Russian Orthodox Church, to counter mostly liberal opponents who staged the biggest protests of Putin’s 13-year rule over the past year, drawing demonstrators from the urban middle class.