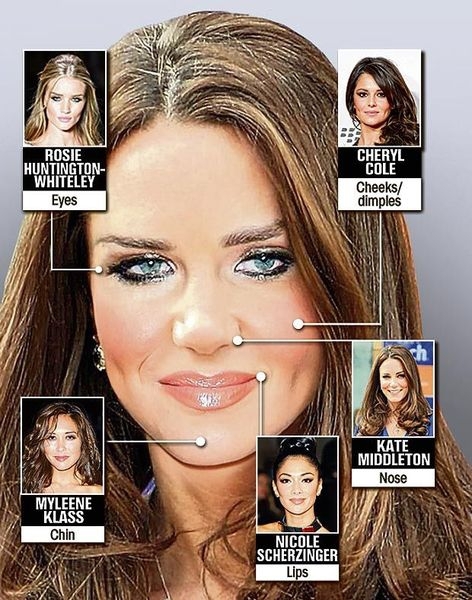 29 dec 2012 01:29
1223
2
KATE Middleton’s nose is the celebrity face part most requested by plastic surgery patients this year, figures reveal.
Demand for looking like the Duchess of Cambridge has TREBLED in the past 12 months.
Girls also wanted dimpled cheeks like Girls Aloud’s Cheryl Cole and X Factor judge Nicole Scherzinger’s lips.
Other popular requests were a chin like TV beauty Myleene Klass and eyes like model Rosie Huntington-Whiteley. 0
Top for men was a jaw like Twilight star Robert Pattinson.
They wanted cheeks like TV star Ashton Kutcher, eyes and hair like Hollywood hunk Zac Efron, a nose like Sherlock Holmes star Jude Law and lips like Drive actor Ryan Gosling.
Sophie Edis from Transform, which released the figures, said: “People are choosing celebrities who are sophisticated and naturally beautiful.”