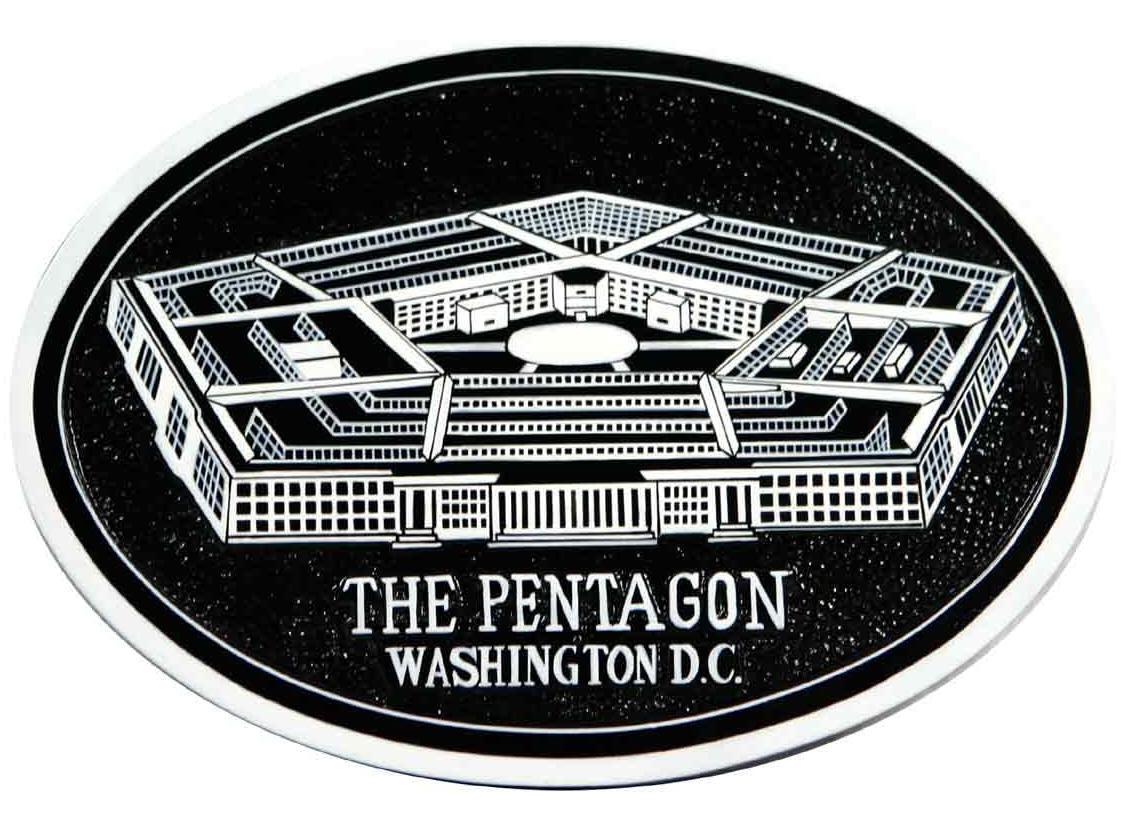 03 jan 2013 14:45
782
7
The Pentagon has a list of websites that are not permitted access on by the computers in the building. Among those banned are Towleroad and AMERICAblog, popular gay civil rights websites.
The Pentagon has no problem permitting their computers to access Ann Coulter’s and Rush Limbaugh’s hate-filled Web sites.
But what’s really offensive is that the Pentagon has a censorship category called “LGBT.” And if you’re deemed “LGBT” by the Pentagon, they ban you.
Apparently, the LGBT filter existed before the repeal of Don’t Ask, Don’t Tell, but still has not been fixed. They were notified of the problem as early as last summer, 2012. It is still a problem, unfixed. 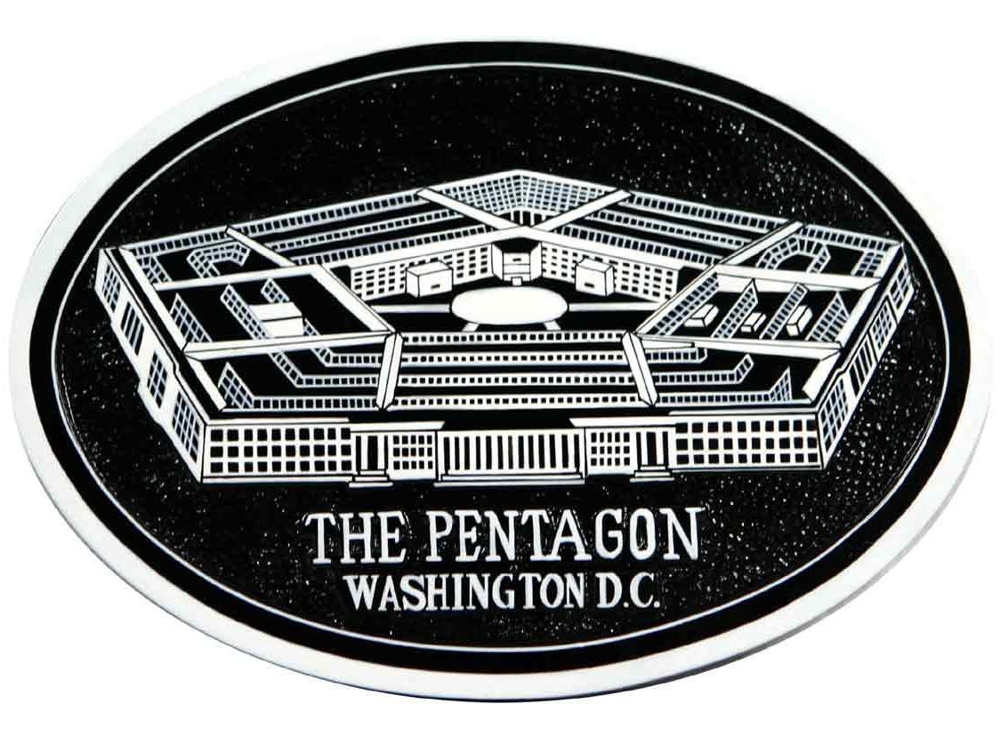 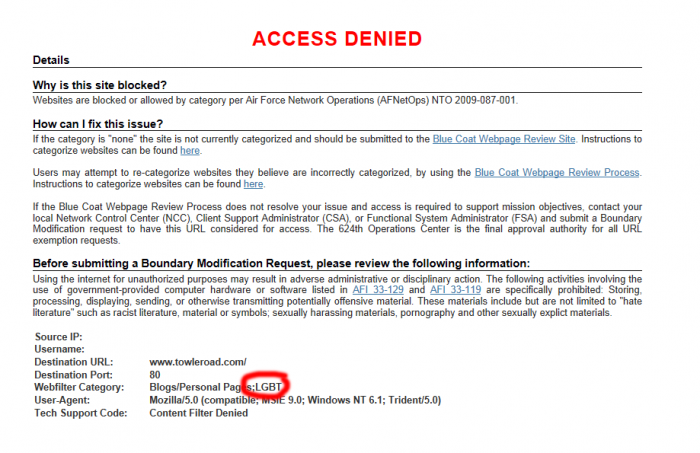 0
Towleroad – Banned for being “LGBT” 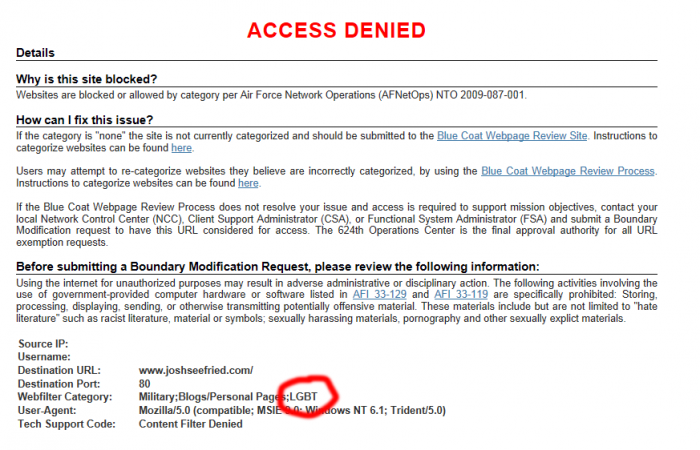 0
Josh Seefried, founder of OutServe (a DADT repeal group), banned for being “LGBT” 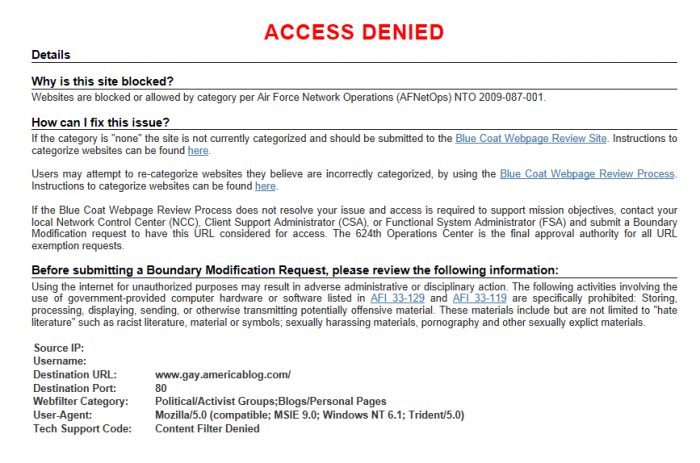 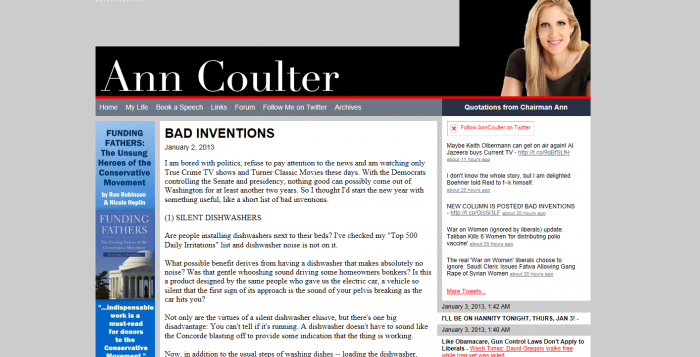 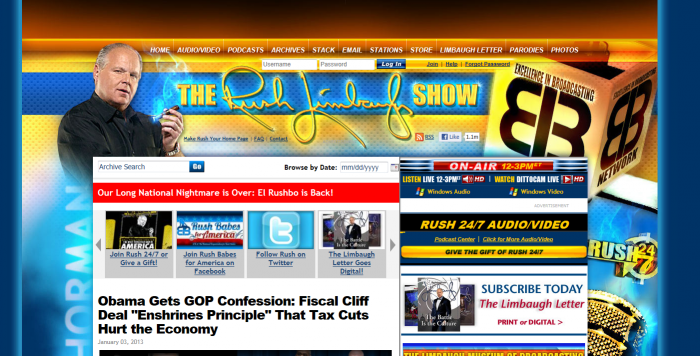