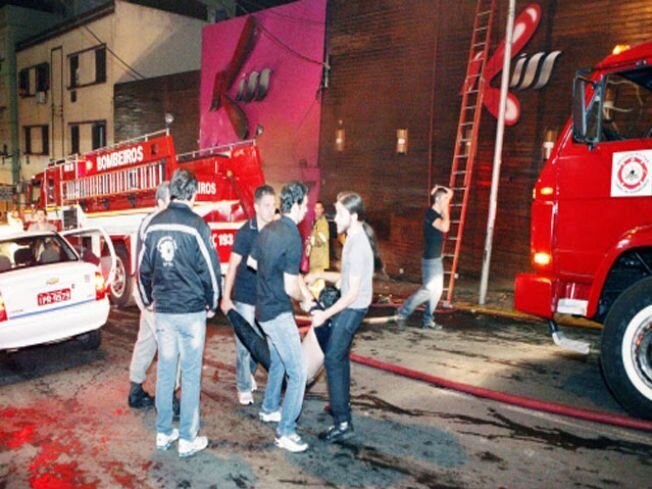 SANTA MARIA, Brazil (AP) — Penny-pinching by a band known for its onstage pyrotechnic displays may have cost more than 230 people their lives at a nightclub in southern Brazil, according to a police inspector leading the investigation into this weekend's deadly blaze.

Inspector Marcelo Arigony told reporters at a news conference Tuesday that members of the band knowingly purchased flares meant for outdoor use because they cost a mere $1.25 a piece, compared with the $35 price tag for an indoor flare. 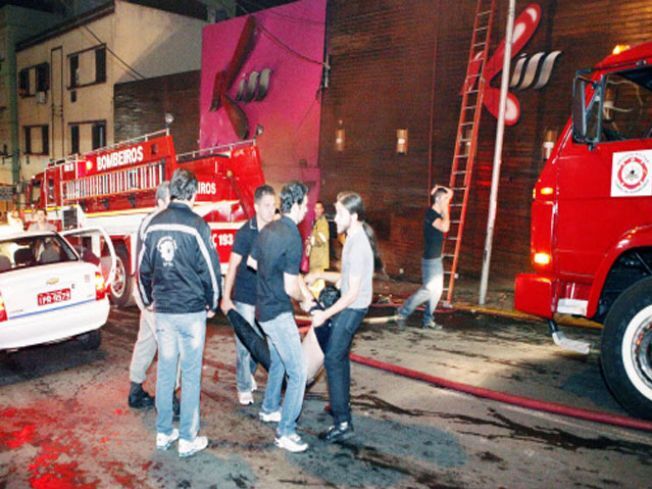 0
Смотреть все фото в галерее
The Rio Grande do Sul state forensics department raised the death toll Tuesday from 231 to 234 to account for three victims who did not appear on the original list of the dead. Authorities say more than 120 people remain hospitalized for smoke inhalation and burns, with dozens of them in critical condition. 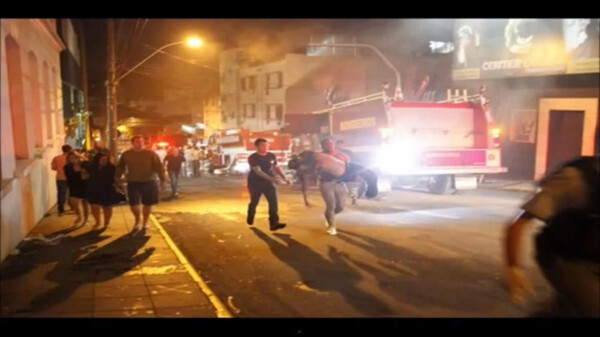 0
"The flare lit was for outdoor use only, and the people who lit them know that," said Arigony, adding that members of the group acknowledged regularly opting for the less expensive flares. "They chose to buy those because they were cheaper than those that can be used indoors." 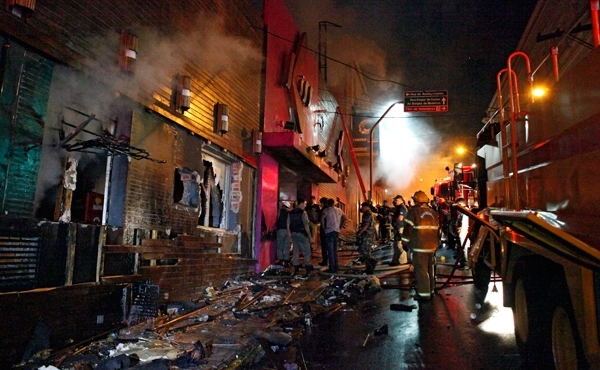 0
Arigony, whose cousin died in the fire, added: "The pyrotechnics were part of their show — the guys even wore gloves onstage so they wouldn't burn their hands."

0
The repercussions of the band's choice to use flares continued to send shock waves through Santa Maria, a college town of 260,000 people that's been stunned by the early Sunday morning tragedy in the Kiss nightclub. 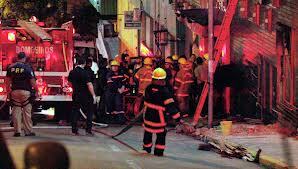 0
The blaze began at around 2:30 am local time, during a performance by Gurizada Fandangueira, a country music band that had made the use of pyrotechnics a trademark of their shows. The band's guitarist told media that the 615 square-meter (6,650-square-foot) club was packed with an estimated 1,200 to 1,300 people. The police have said the capacity for a club of that size is under 700 people. 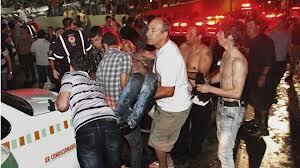 0
Police said the club's ceiling was covered with insulating foam made from a combustible material that appeared to have ignited after it came in contact with a spark from a flare lit during the performance. 0
After the fire extinguisher malfunctioned, the blaze spread throughout the packed club at lightning speed, emitting a thick, toxic smoke. Because Kiss apparently had neither an alarm nor a sprinkler system and only one working exit, the crowd was left to search desperately for a way out. 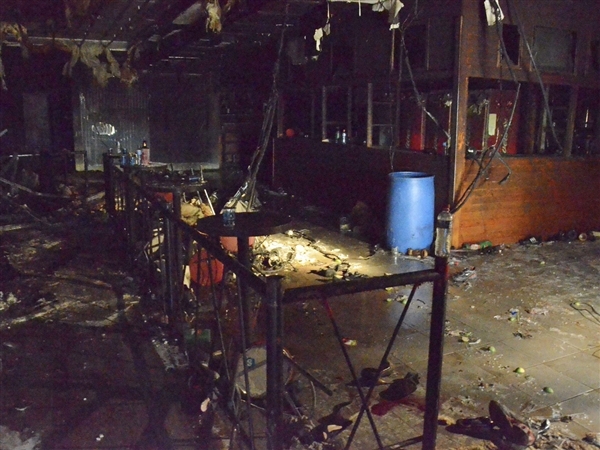 0
About 50 of the victims were found in the club's two bathrooms, where the blinding smoke caused them to believe the doors were exits.