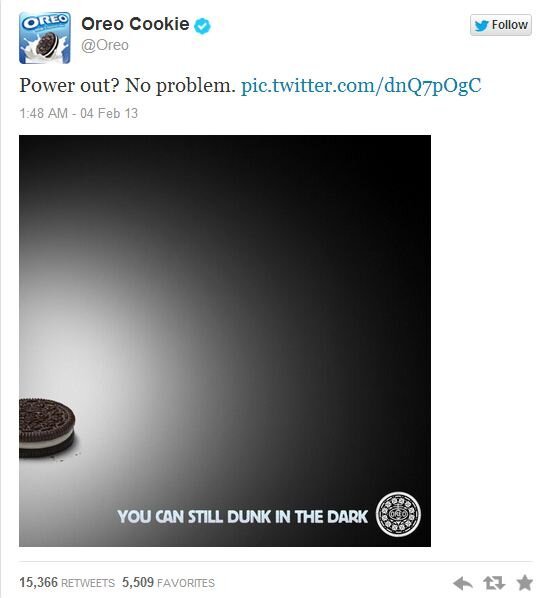 "You Can Still Dunk in the Dark" Says Oreo

This year, many people were not impressed with the Super Bowl commercial line ups. Many of them were unorigional, uninspiring, and not very creative. However, the most popular advertisement from yesterday wasn't even a commercial. All the buzz is coming from Nabisco Oreos tweet in the middle of the Super Bowl black out saying: "you can still dunk in the dark". 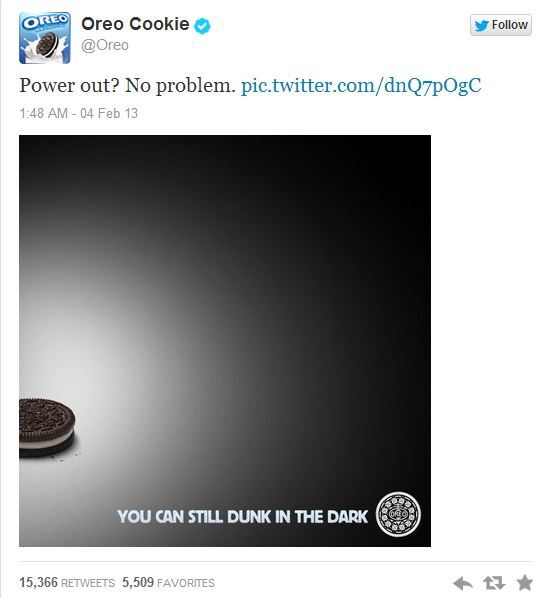 0
The power went out in the Superdome during the showdown between the San Francisco 49ers and the Baltimore Ravens. Oreo seized on the opportunity, and tweeted this during the thirty-four minute hiatus: 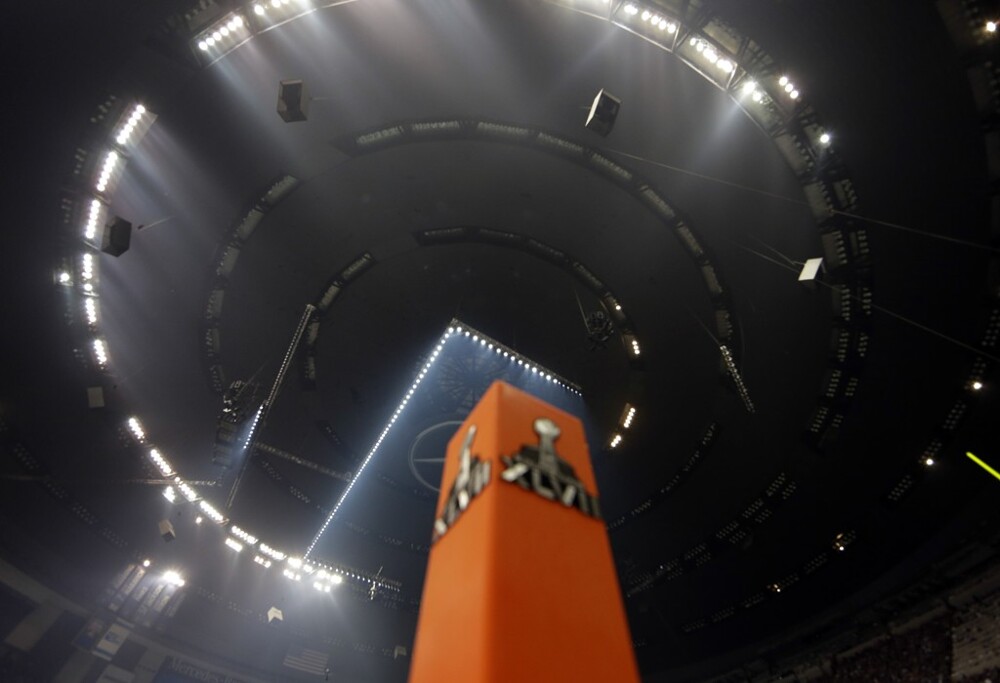 0
Viewers apparently loved Oreo's message, which was retweeted 10,000 times in one hour, according to AdAge. BuzzFeed's Ashley McCollum said the tweet was "super smart," while CNET's Daniel Terdiman declared, "Oreo came up with an idea so brilliant and bold that it out and out won the night."

The reaction left some wondering whether the quick tweet had an even greater payoff than Oreo's actual Super Bowl ad, which cost millions more to create. AdAge reported that the graphic released during the blackout was "designed, captioned and approved within minutes," thanks to members of 360i — the cookie company's agency — gathered at a war room during the game.