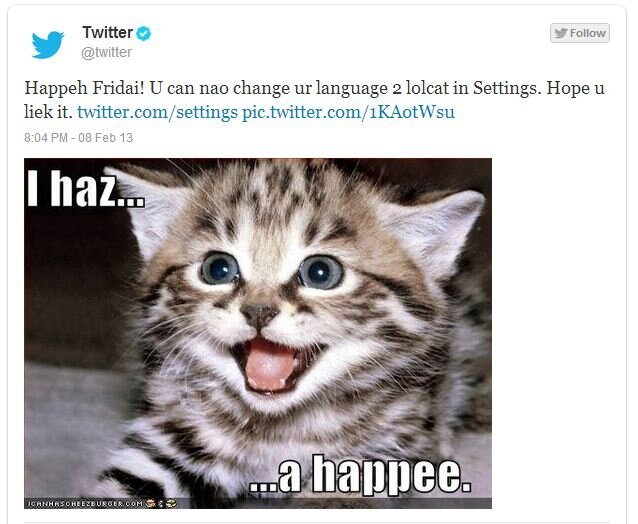 So instead of fixing the interface, which is terrible on computers, or the mobile app, which is basically unusable on a retina screen, Twitter, in preperation for going IPO next year has released a new language setting; you can now list your language as "LolCats" setting and decrease your IQ almost instantly! Thanks Twitter for adding to the US underaccomplished educational system! That's a much more logical and practical use of time, you know, like instead of investing those resources in implementing useful and much needed features, like two-factor login authentication, or fix the OS X app, which sucks because it causes headaches. Or make sure your servers never go down. Nah. Twitter decided to spend all of their money and talent on LolCat language. Bravo Twitter. Your innovation and brillinace is duely noted. 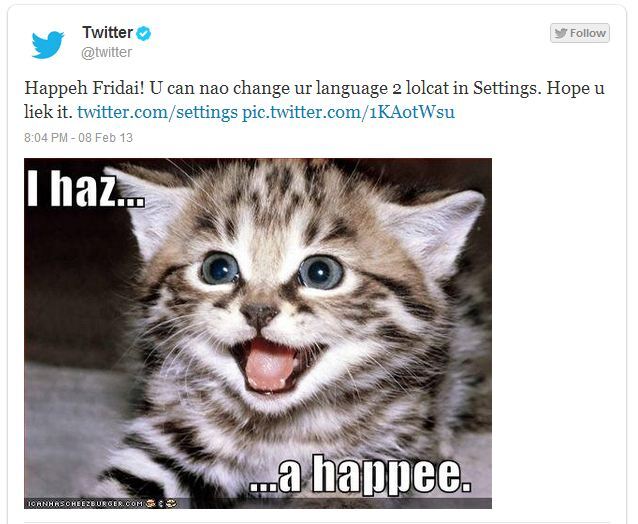 So what are people saying about this? 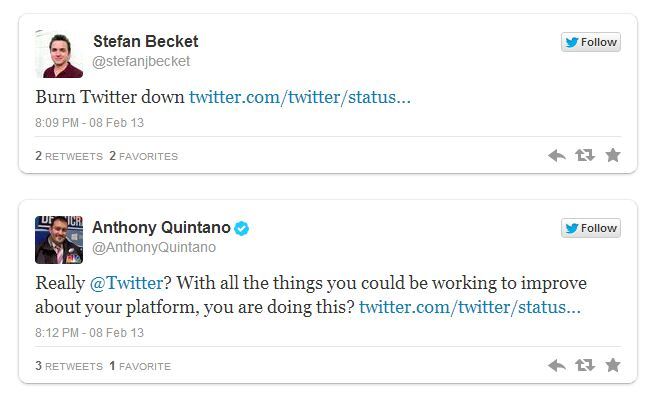 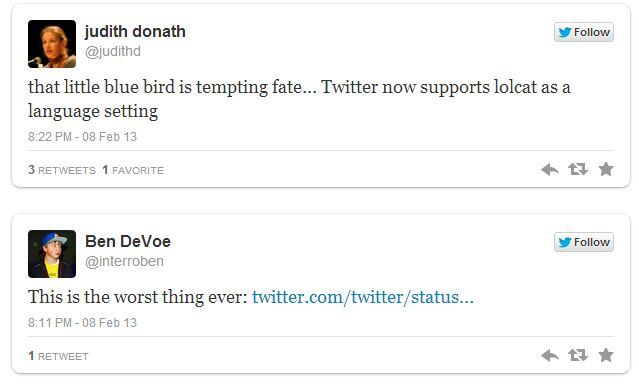 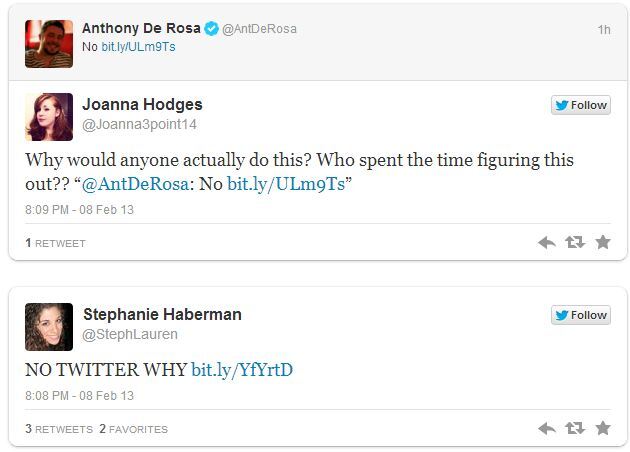 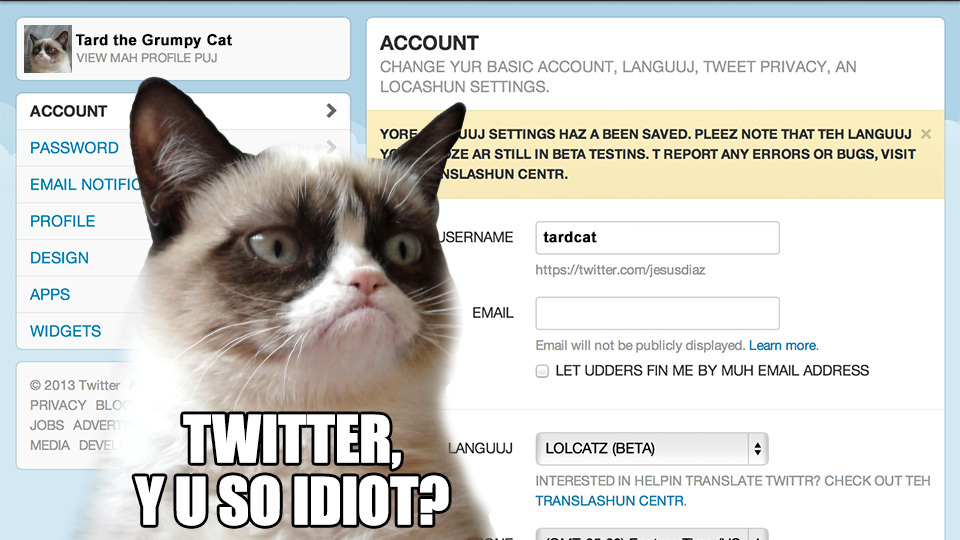 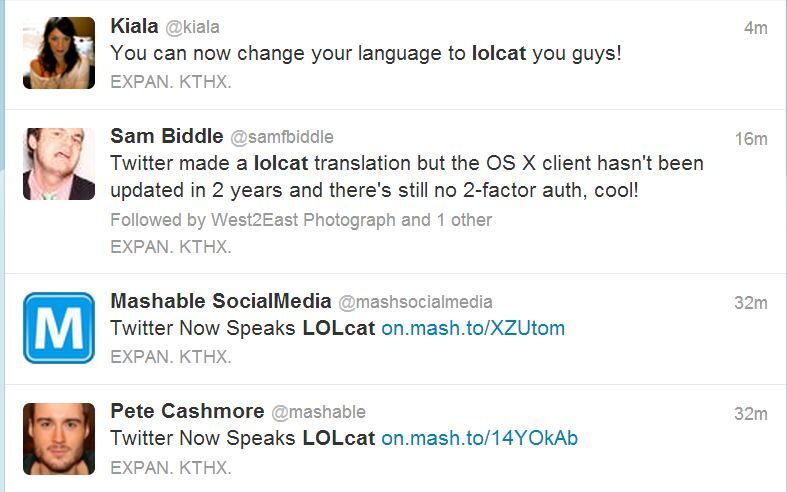