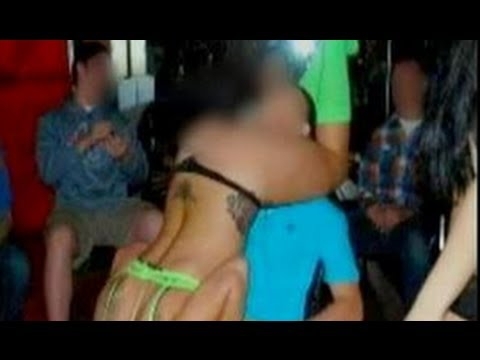 A mother from upstate New York was accused of hiring strippers for her sons 16th b-day in a bowling alley, after photos of the occasion have been posted on Facebook, drawing the attention of the police.

Judy Vigor, 33, has been charged with 5 counts of endangering the welfare of a child. The Facebook photos showed Vigor with one of the strippers, and another photo revealed an almost-nude exotic dancer dancing on one of the kids. Some children at the party were as young as 13.