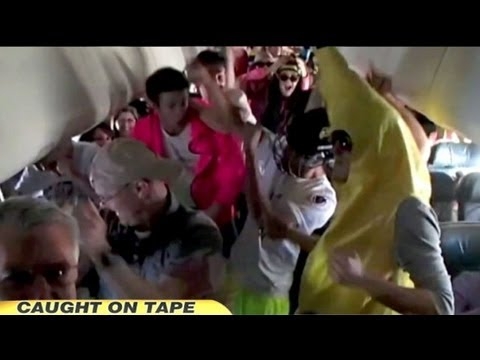 Harlem Shake On An Airplane Raised Some Brows!

A frisbie team from the Colorado College organized a Harlem Shake on the Frontier airlines flight from Denver to San Diego, getting passengers out of their seats and groovin'. They said it was allowed by the flight crew. This caused quite a splash. Experts are saying that it presented some risks because the airplane was pretty small and was shaking. Looks like everyone had a good time regardless.