In 1896, Viennese authorities decided to invest in large-scale gas and electric utilities to provide the townsfolk with coal gas for stoves, street lights and furnaces. Previously gas was provided by an English firm called Inter Continental Gas Association (ICGA). Once the contracts with the ICGA expired, the city decided to construct facilities to handle its own gas needs. So they constructed four massive storage tanks called gasometers, in the 11th district of Simmering. The tanks were enclosed by a brick façade, each approximately 70 meters tall and 60 meters in diameter, and with a storage capacity of over 90,000 cubic meters. At the time, they were the largest in Europe. 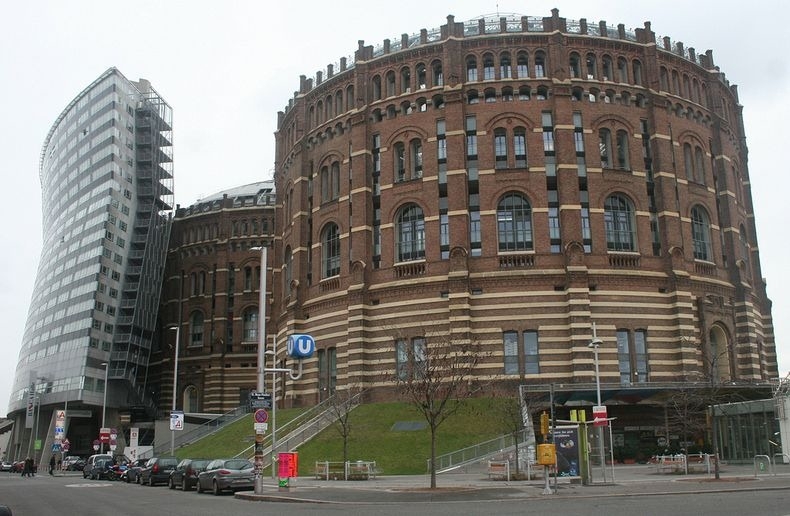 0
After lying unused for a decade, Vienna undertook a remodelling and revitalization of the protected monuments and in 1995 called for ideas for the new use of the structures. Four architects Jean Nouvel, Coop Himmelblau, Manfred Wehdorn and Wilhelm Holzbauer came forward with the proposal to turn them into residential complexes. Between 1999 and 2001, the gasometers were gutted leaving only the brick exterior and parts of the roof. Each gasometer was then divided into several zones for living (apartments in the top), working (offices in the middle floors) and entertainment and shopping (shopping malls in the ground floors). 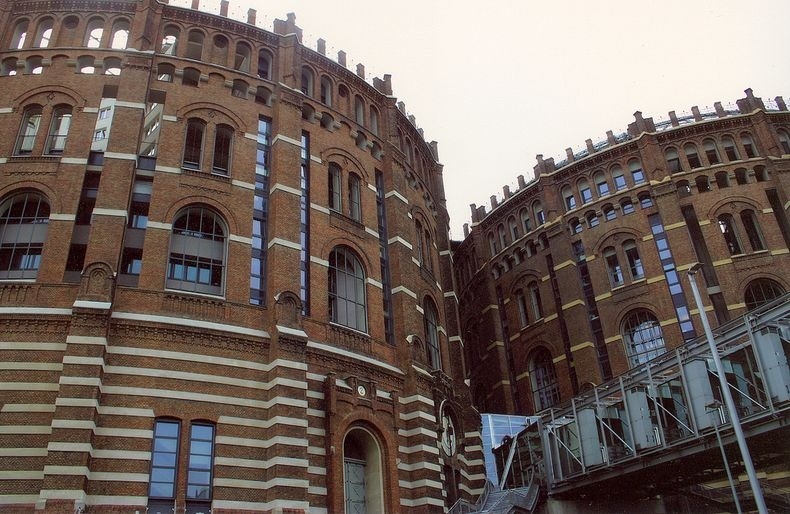 0
Today, there is a music hall, movie theatre, student dormitory, municipal archive, and so on. The gasometer houses 1600 tenants in about 800 apartments, as well as 250 students in 70 student apartments. 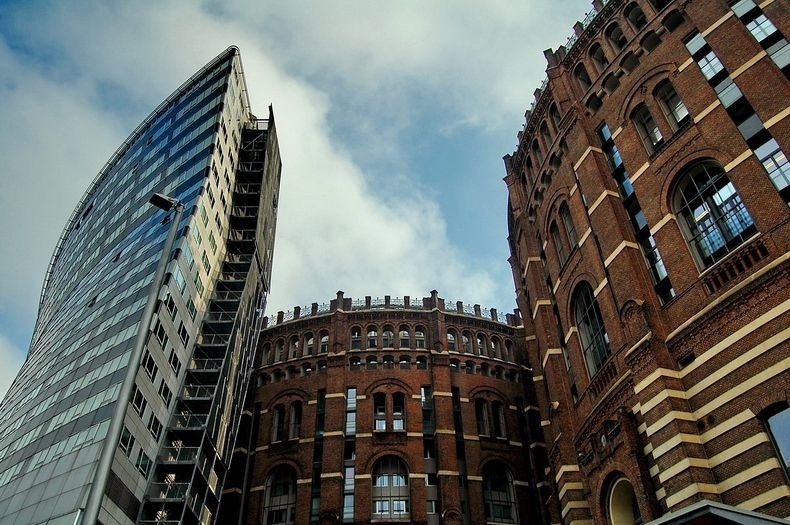 0
The Gasometers have developed a village character all their own - a city within a city. A true sense of community has developed, and both a large physical housing community as well as an active virtual internet community (Gasometer Community) have formed. Numerous theses and dissertations in psychology, urban planning, journalism and architecture have been written about this phenomenon. 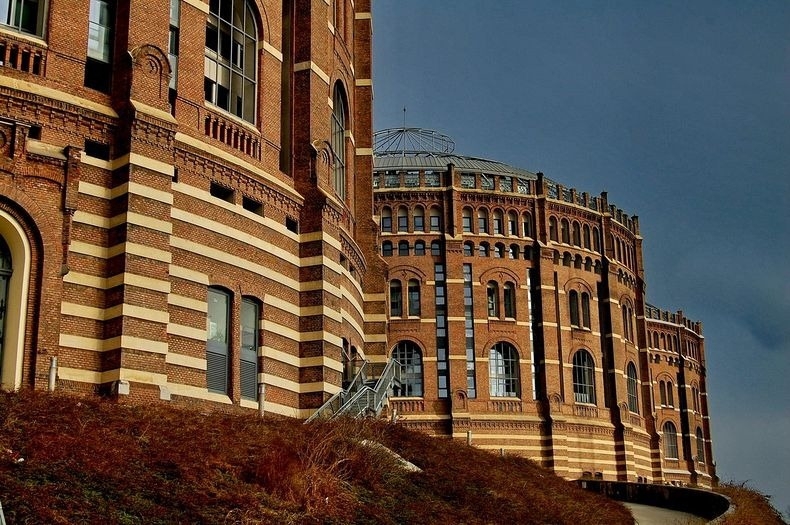 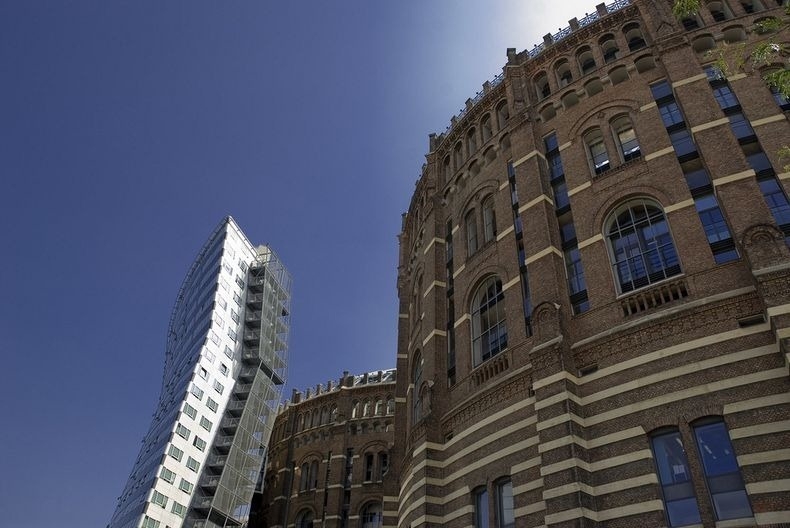 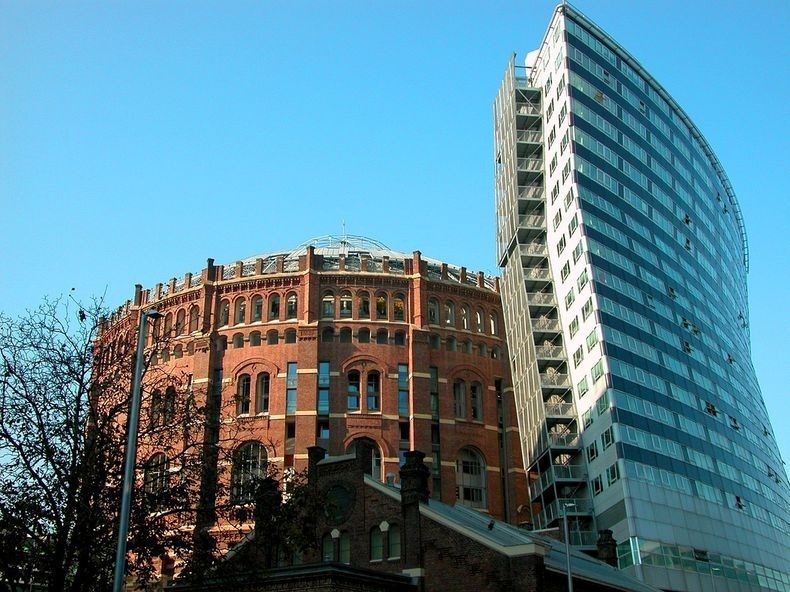 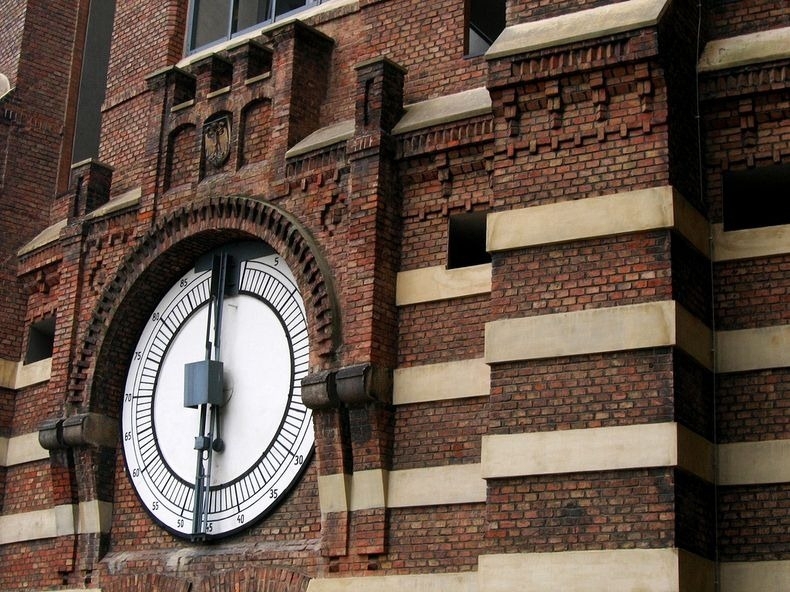 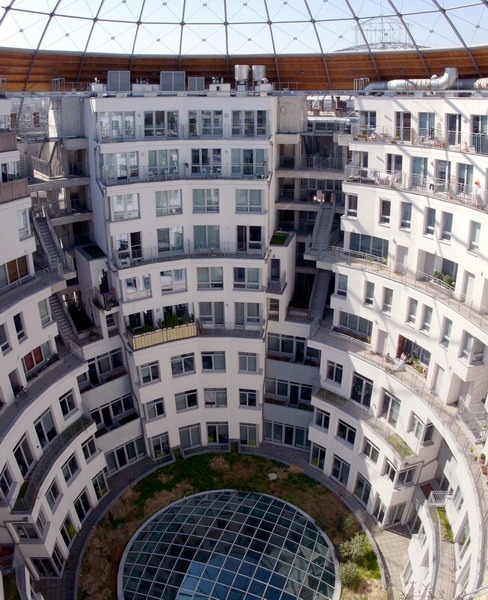 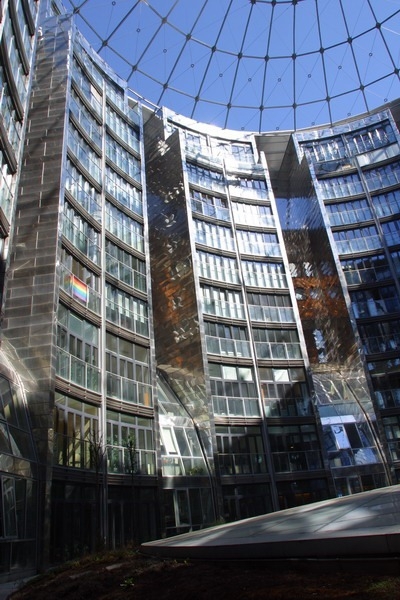 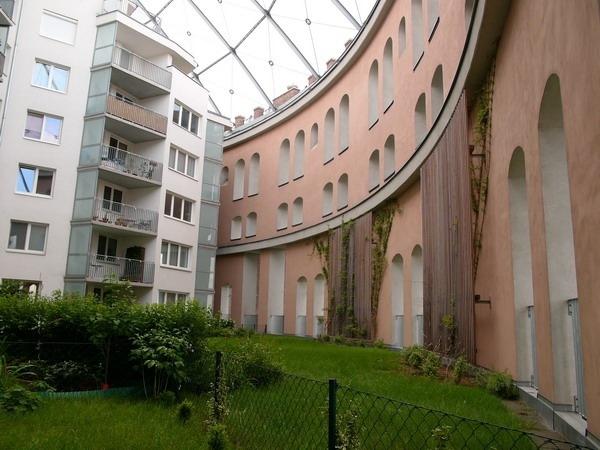