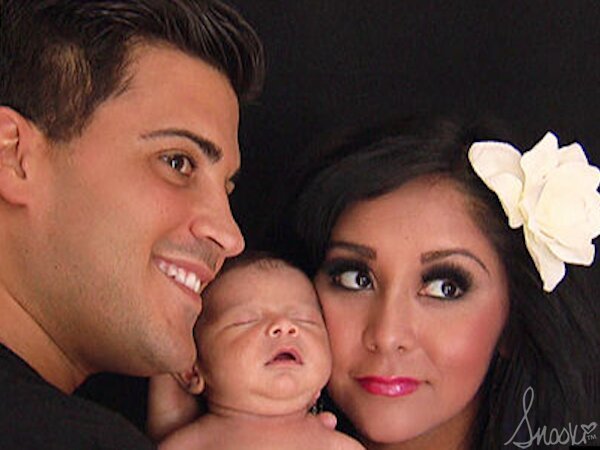 Sunday, Snooki (Nicole Polizzi) tweeted excitedly that her baby boy Lorenzo had been baptized. Her best friend JWoww (Jenni Farley), who happens to be Lorenzo's godmother, also posted photos from the baby's baptism on Twitter.
In other exciting news for the Jersey Shore duo, who became stars of their own spinoff, "Snooki and JWoww" involve Snooki's pregnancy book currently in the works, and JWoww's recent engagement highlighted in a recent episode of the show, which was allegedly put on hold in another episode when the couple happened to get into a heated argument. It rapped up with JWoww taking off her engagement ring and Roger leaving the house. We wonder if this couple will make it through all the drama.
Snooki is positive about her pregnancy book and keeps blowing "haters" off, responding to one of her follower's tweets "I feel like @snooki has no business writing a pregnancy book. Stick to liquor & tanning lotion." with "Deal with it." 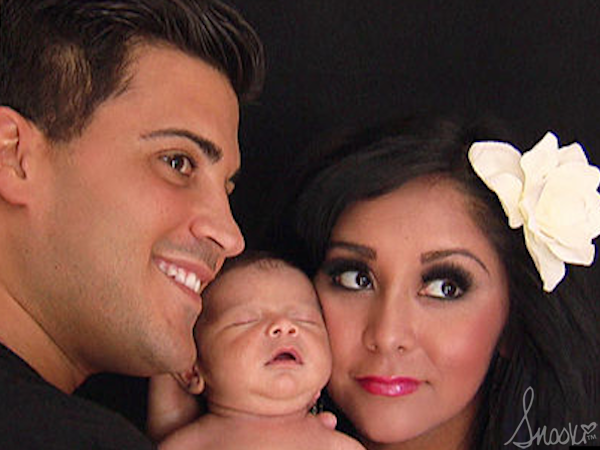 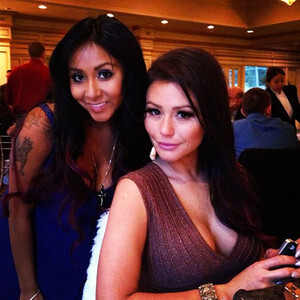 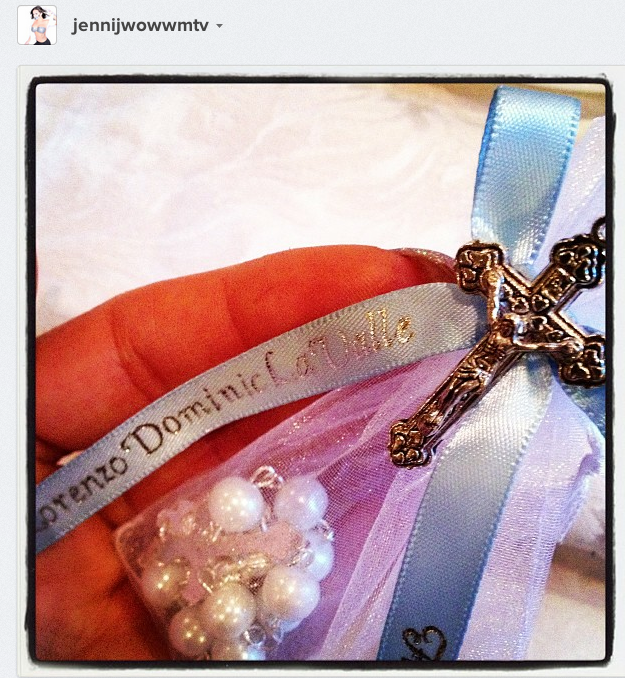 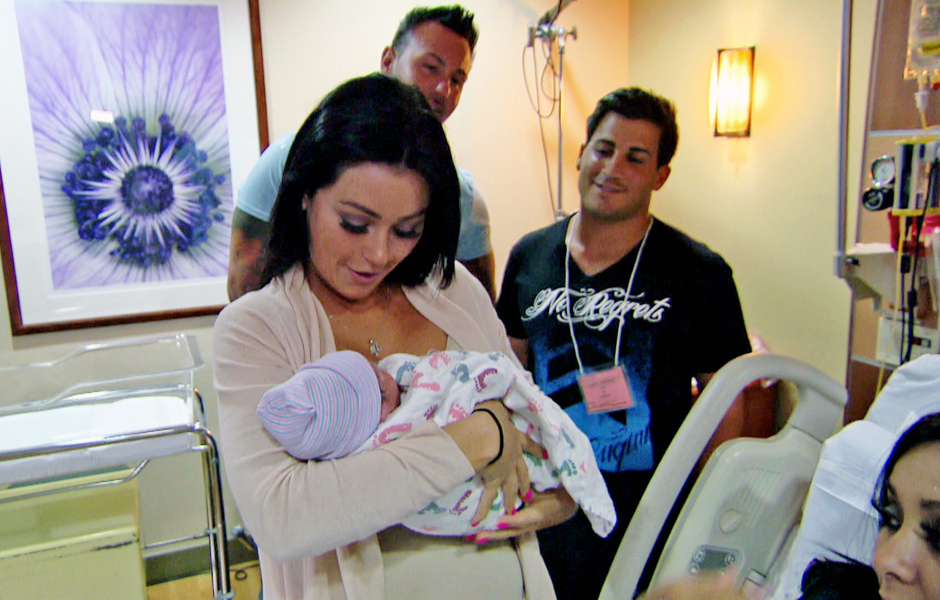 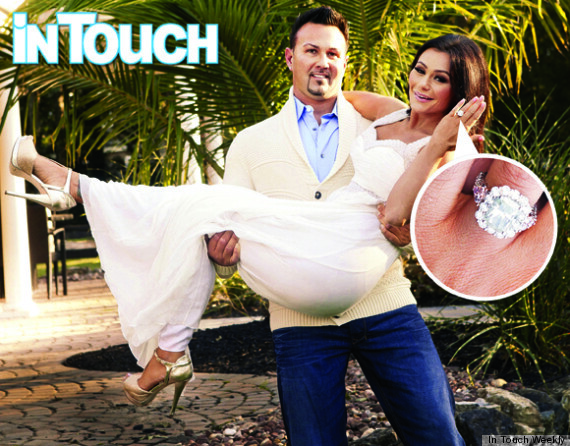