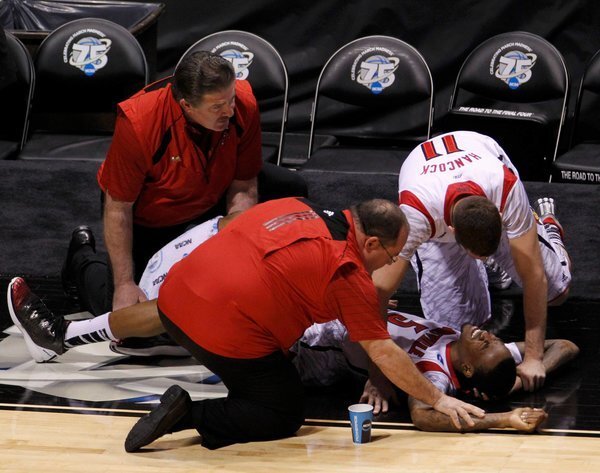 During Sunday's NCAA men's Basketball game, Kevin Ware of the Louisville Cardinals suffered a gruesome injury breaking one of his legs, in the first half of the game against the Duke Blue Devils in Indianapolis, Indiana on March 31st, 2013. Ware broke his right leg in two places, as he landed awkwardly with all of his weight on the leg during an attempt to block a shot from the other team. The injury is said to have looked a lot more shocking than it actually appears. The player is in recovery, and even though it will take him a year to fully recover he stayed positive and very courageous throughout the process, telling his team to focus on winning the game. The reaction from the teams and the audience was very emotional. Some players and even the coaches were crying as the audience was also in complete shock.

Kevin Ware Lies on the Floor After Gruesome Injury 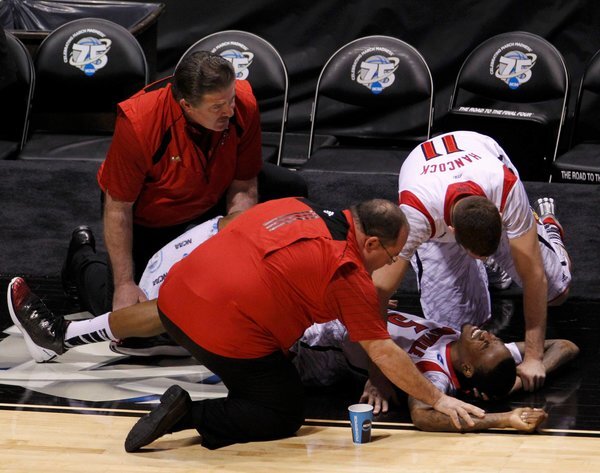 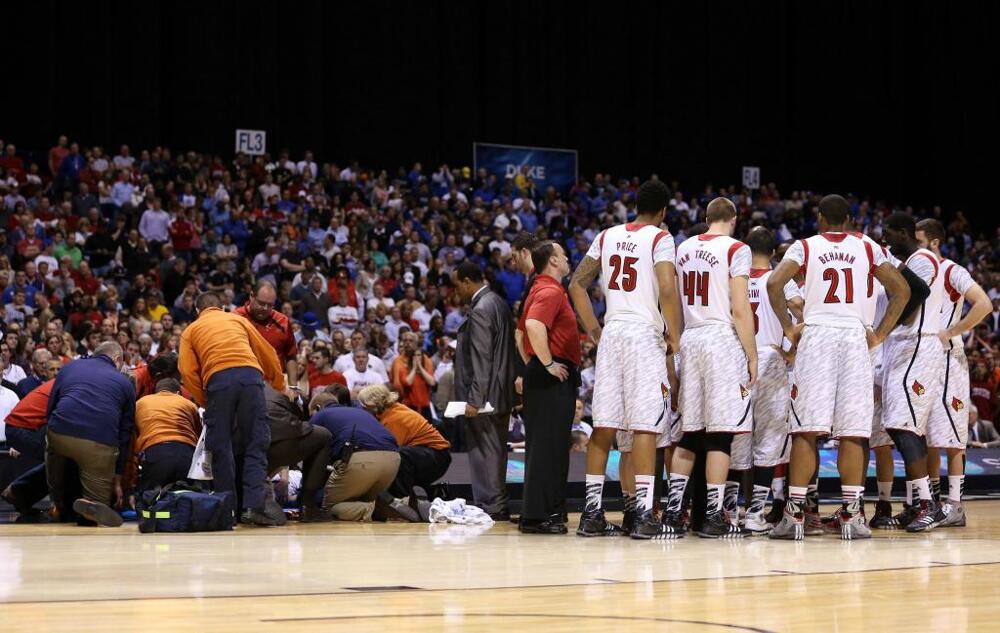 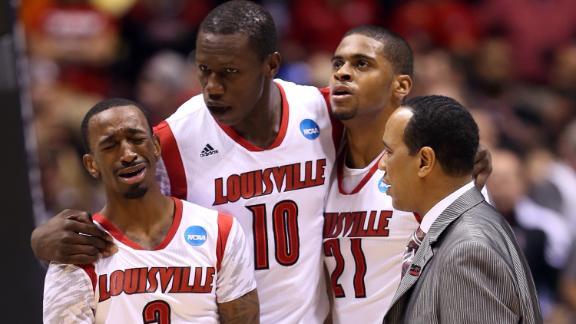 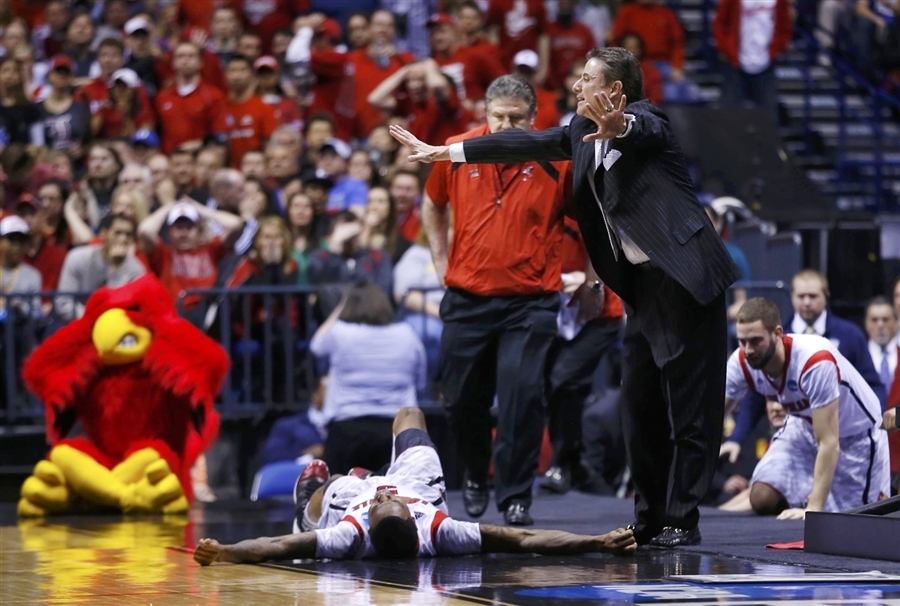 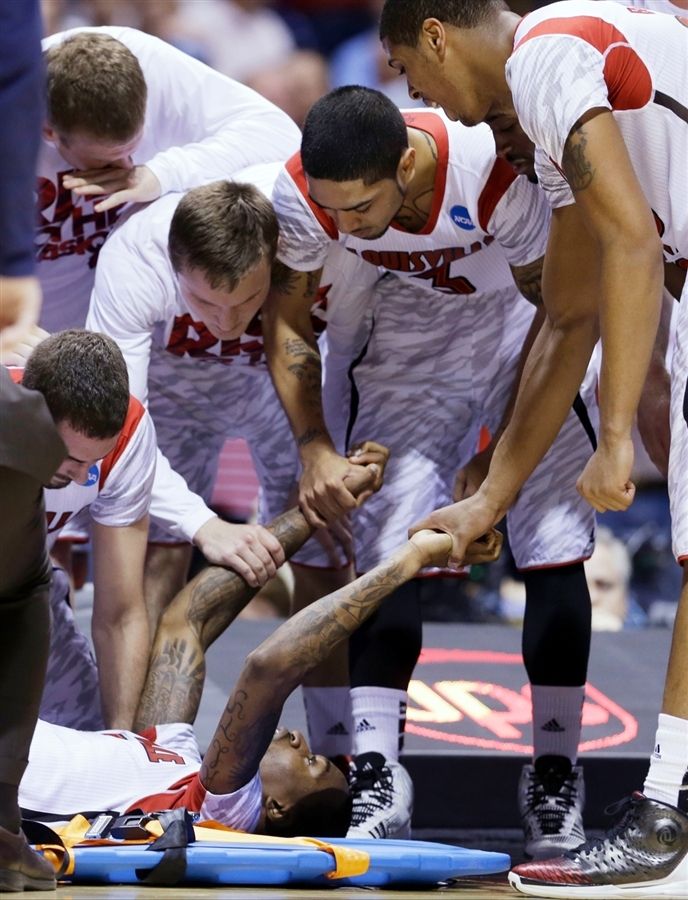 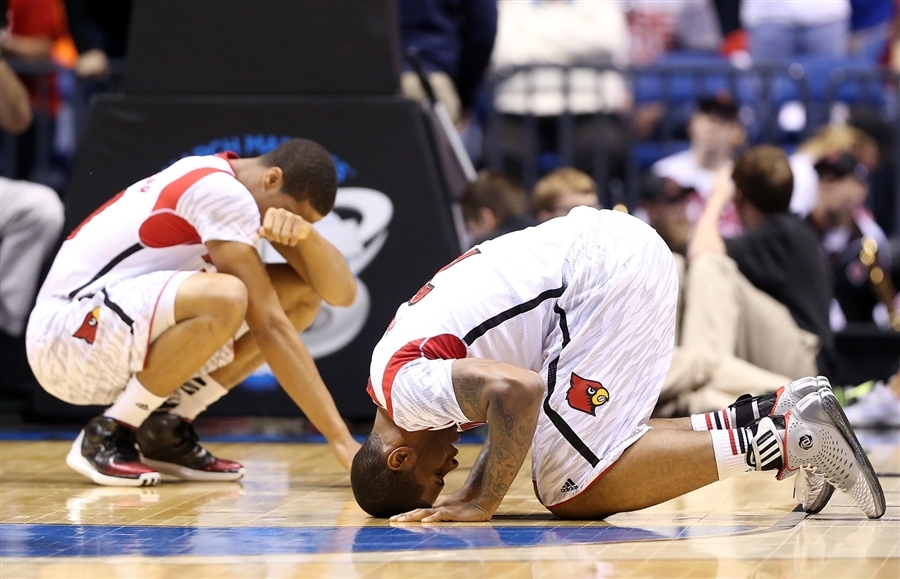 Kevin Ware Recovering in the Hospital After Injury 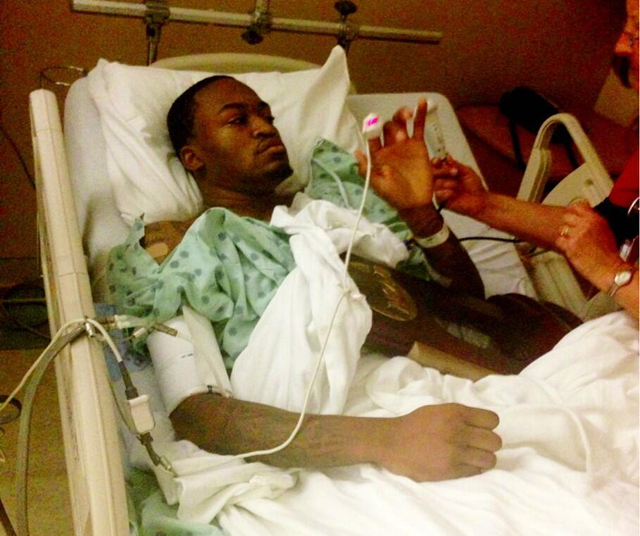 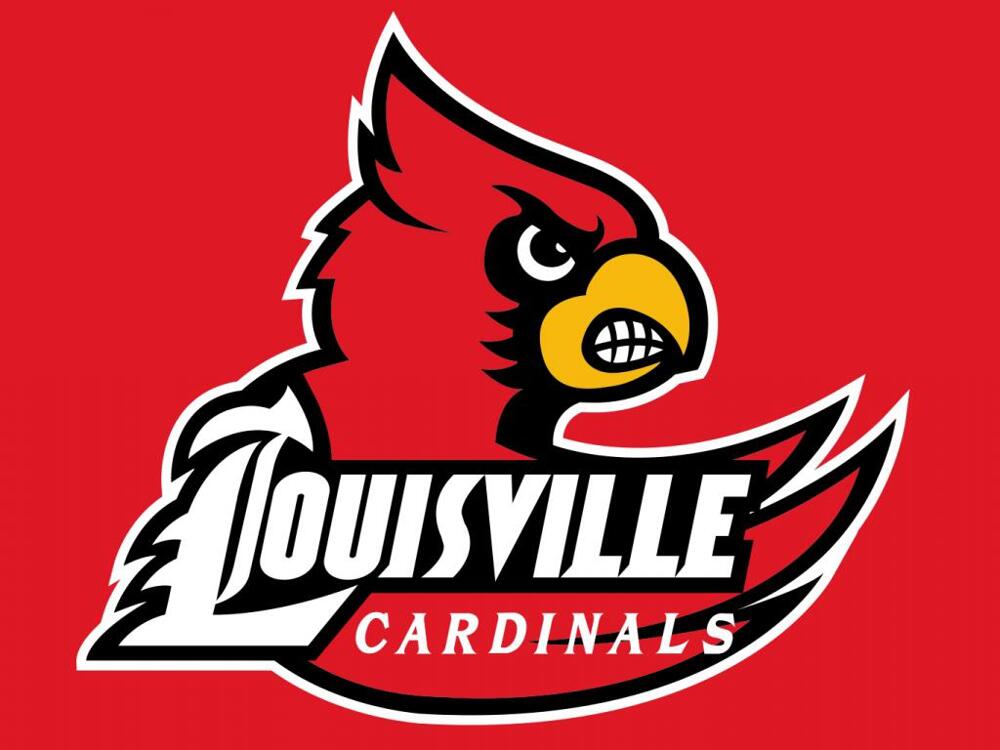