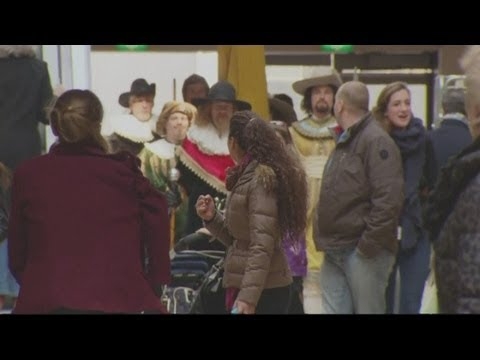 Imagine going to the mall and running into this amazing flash mob. A group of art lovers in the Dutch city of Breda recreated Rembrandt's "The Night Watch" painting in a flash mob. Complete with horses and people swinging from ropes. The flash mob started at the start of an alarm and included stunts and costumes. Recreating this 1642 masterpiece was a salute to the re-opening of the Rijks museum in Amsterdam.