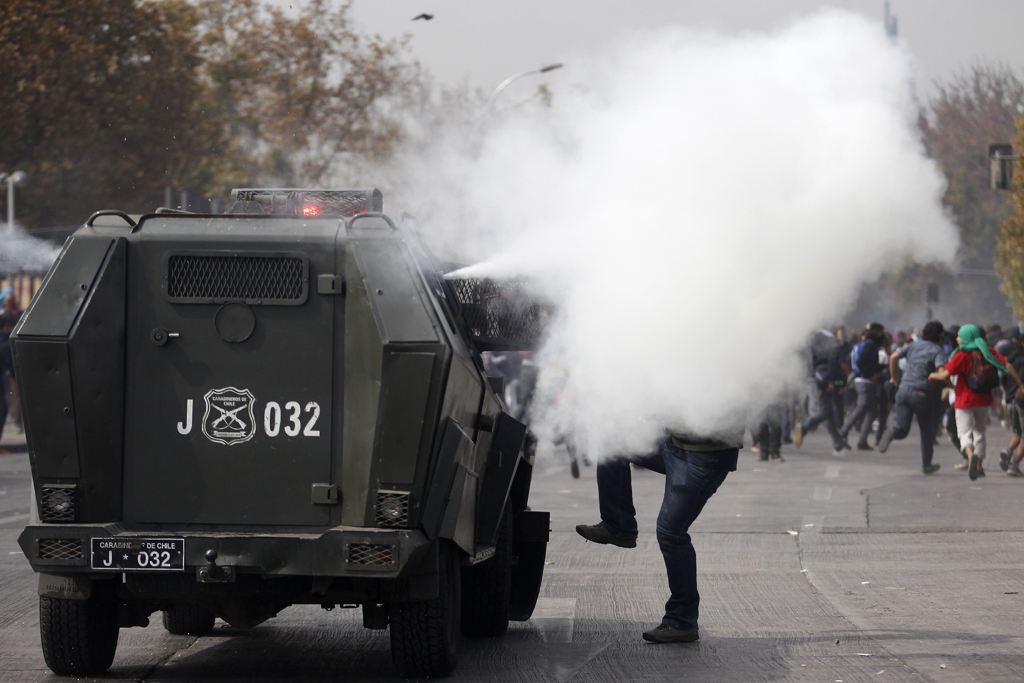 Chilean students and their supports took to the streets in a demonstration to demand free and quality education for all. Thousands of people led by both secondary and university student organizations marched through the downtown streets in the capital city. They continued to demand an education overall in the latest demonstration since 2011. In the end this rally turned violent. A little too violent. 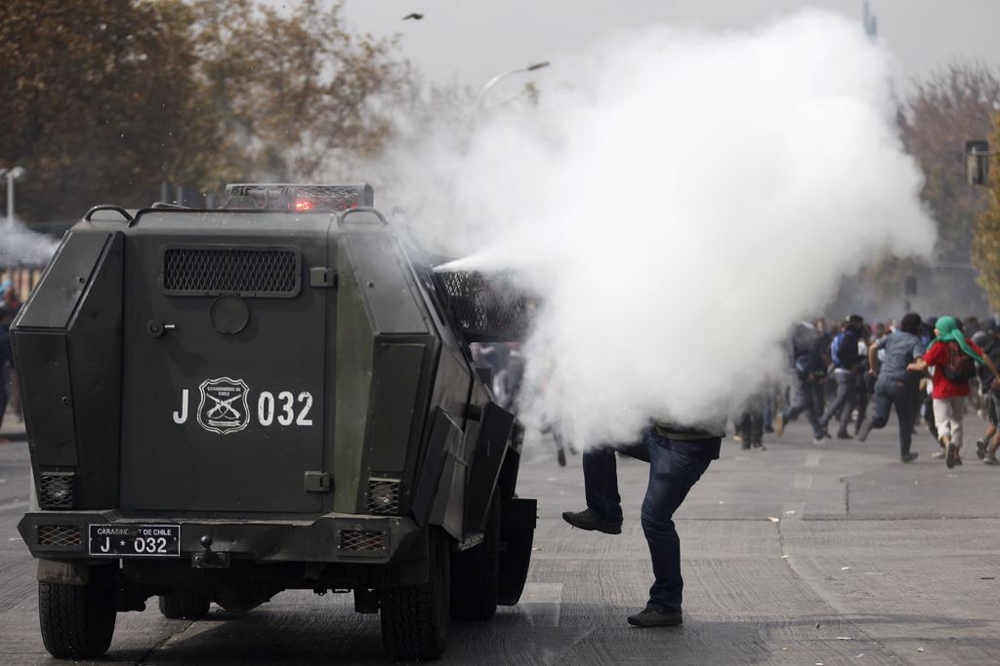 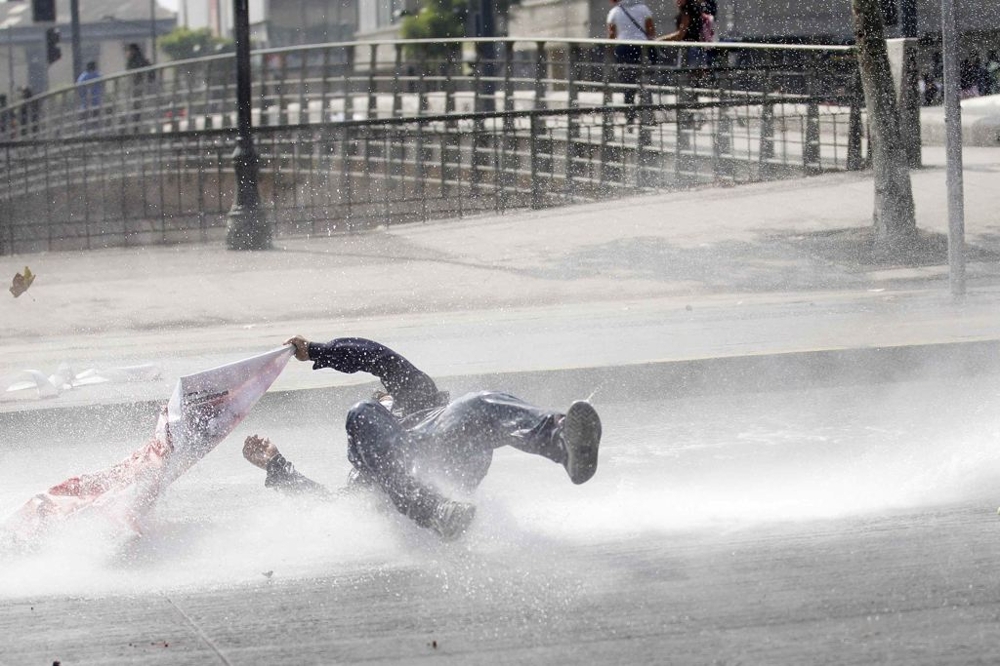 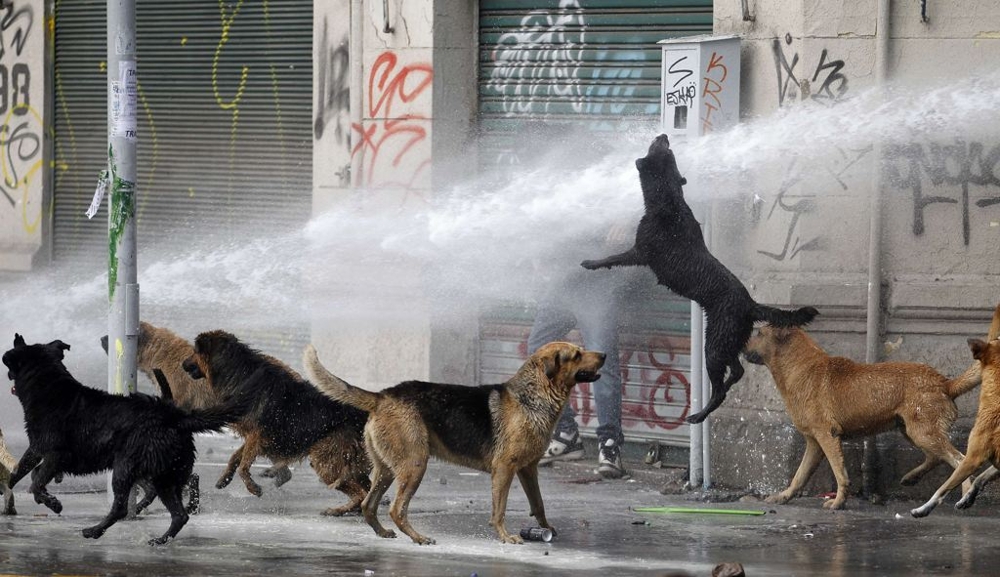 A student protester prepares to throw a bottle with paint 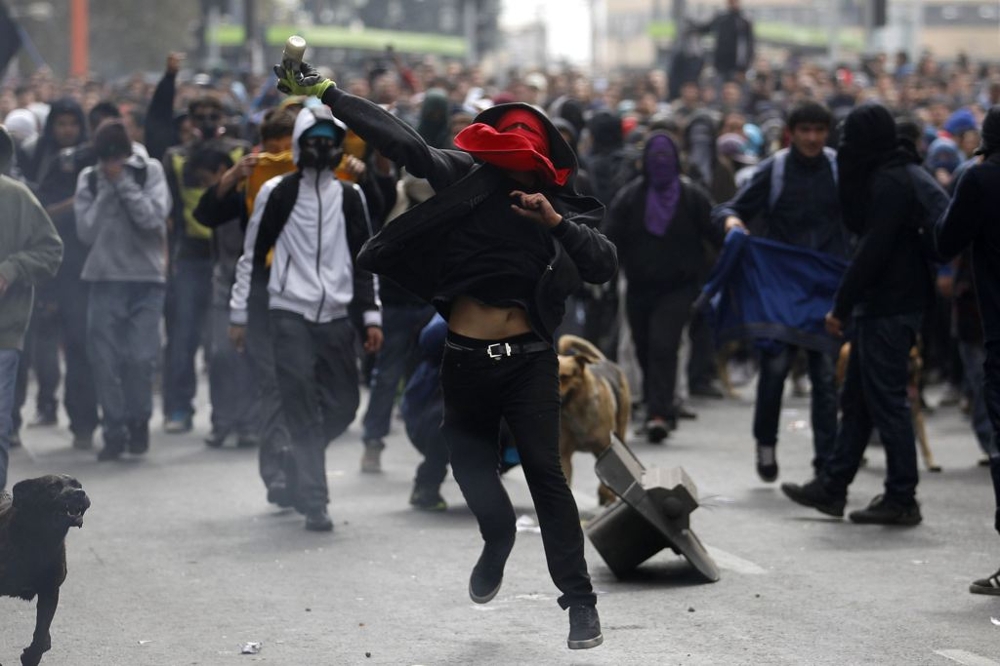 A sculpture depicting "The Justice" is seen on fire 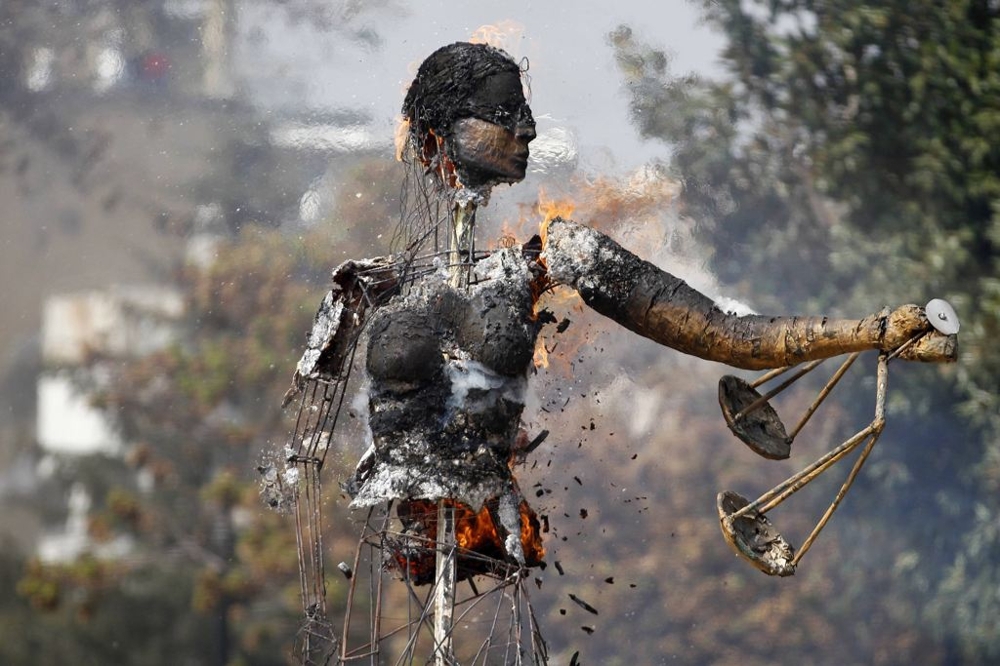 a sculpture depicting "The Justice" 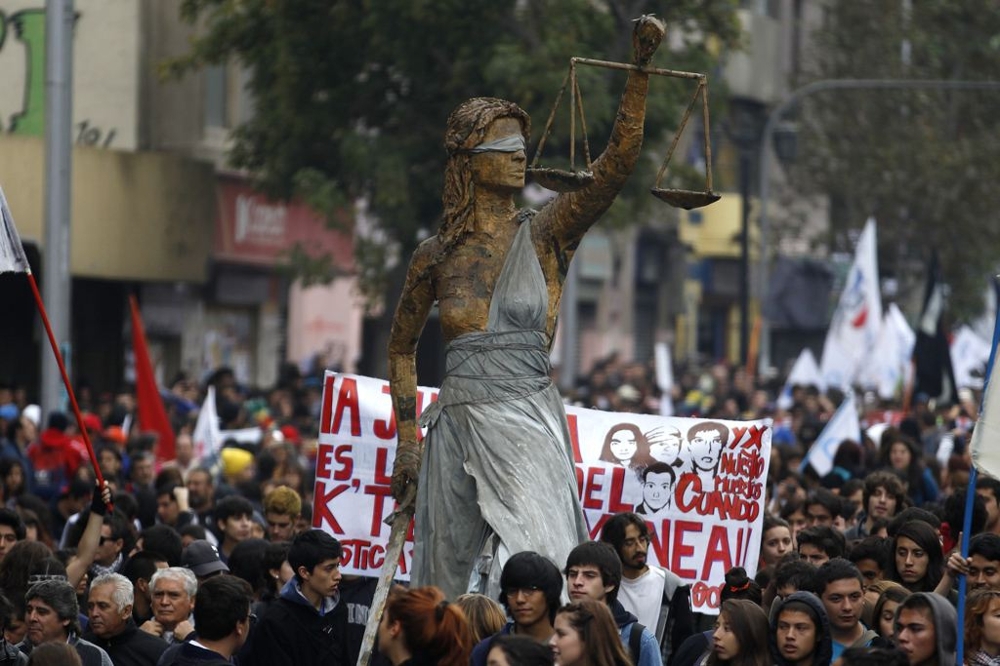 A Student kicking in store shutters 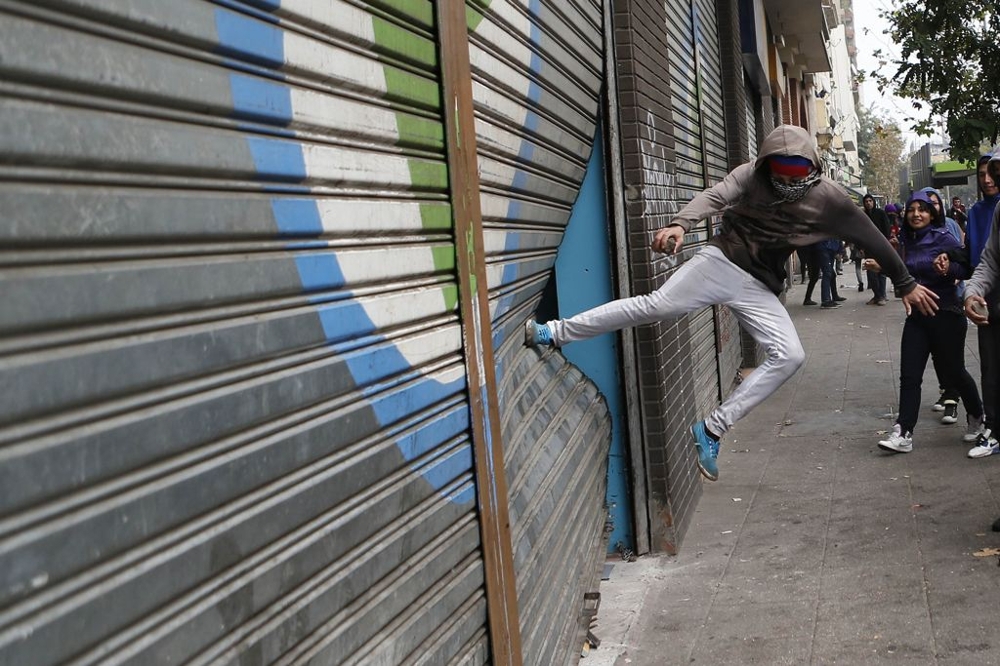 Student protesters carry a barrier to block a street 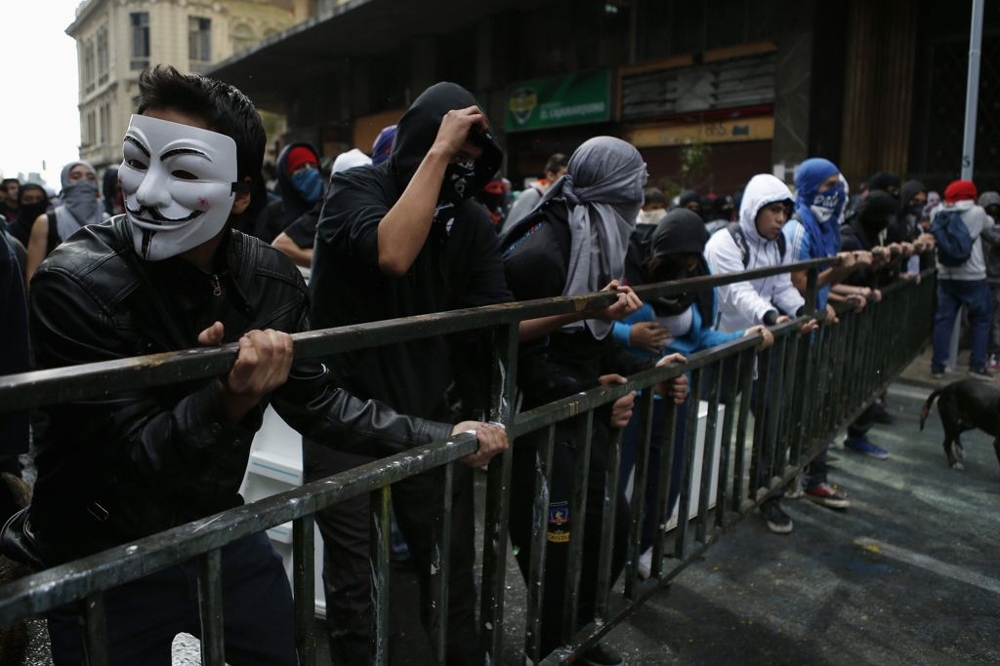 A student protester prepares to throw a stone 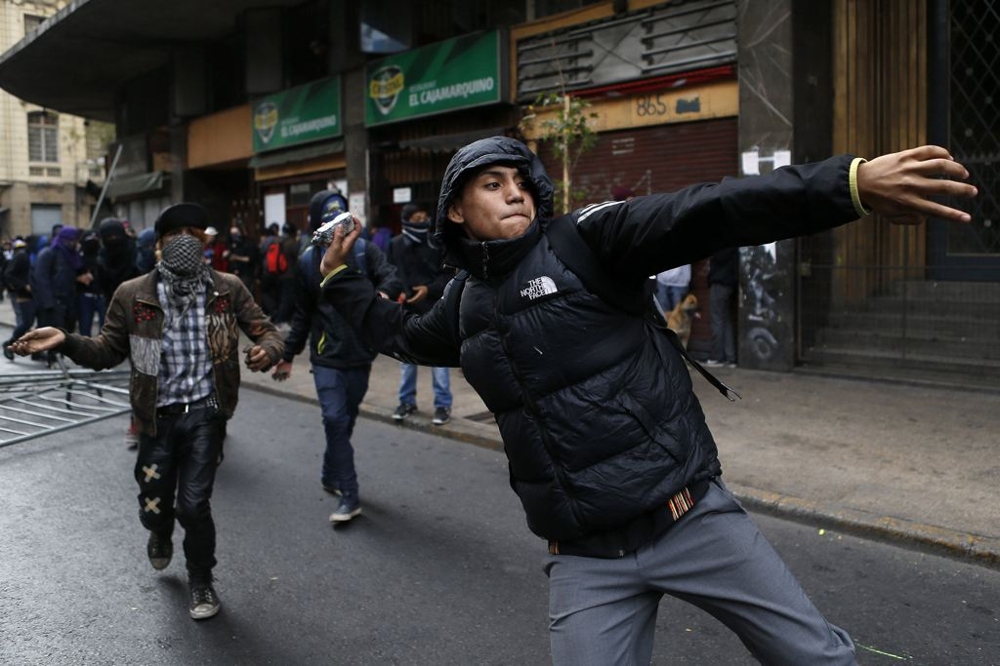 Student protesters march as they hold a huge Chilean flag 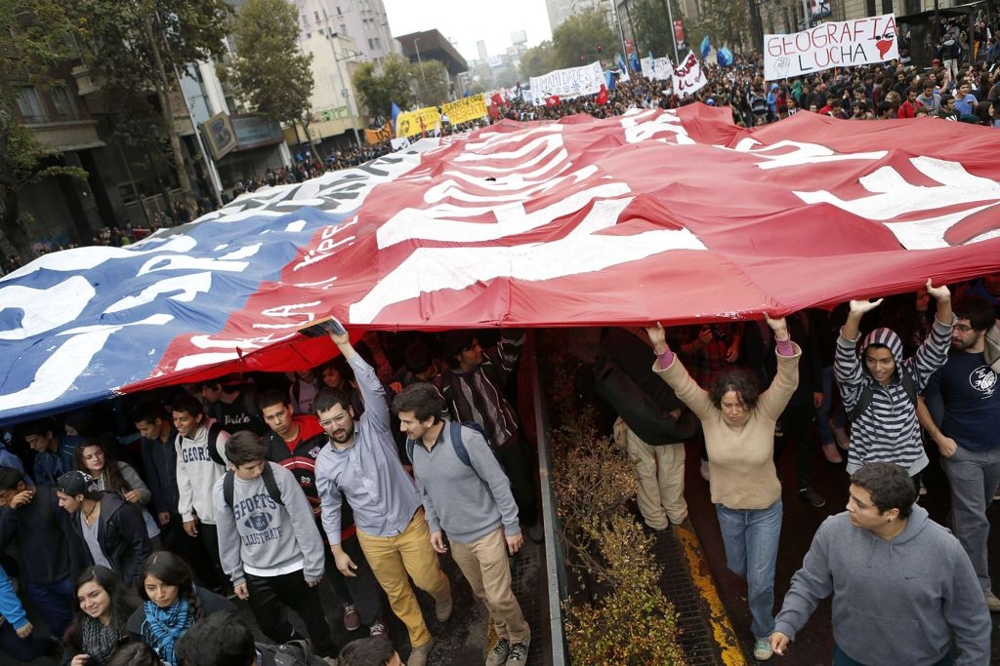