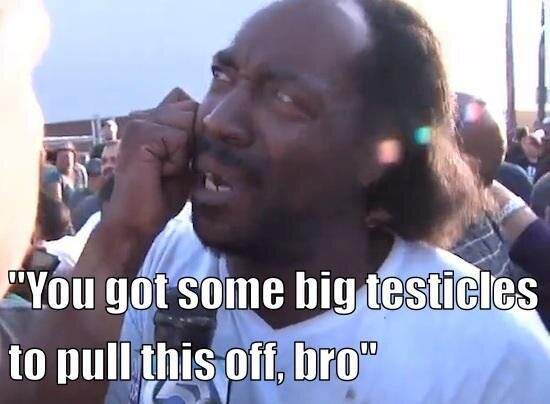 A Cleveland, Ohio man named Charles Ramsey helped rescue a group of abducted children from his neighbors home after hearing screams from a little girl. Charles was in his house eating McDonald’s when he heard the screaming and quickly came out to notice it was coming from next his neighbor’s home. He went over to the home, broke open the front door, freed the girl and realized that she was Amanda Berry, a girl who went missing nearly 10 years ago. After Police searched the house, two other missing girls turned up in the house who were alive and well, Gina DeJesus and Michelle Knight. When asked by WEWS NewsChannel 5 reporter John Kosich, “What were the reactions on the girls’ faces? I can’t imagine to see the sunlight…”, Charles quickly replied, “Bro, I knew something was wrong when a little, pretty white girl ran into a black man’s arms. Something is wrong here. Dead giveaway. Dead giveaway.”

You got to have some pretty big testicles to pull this off, bro. 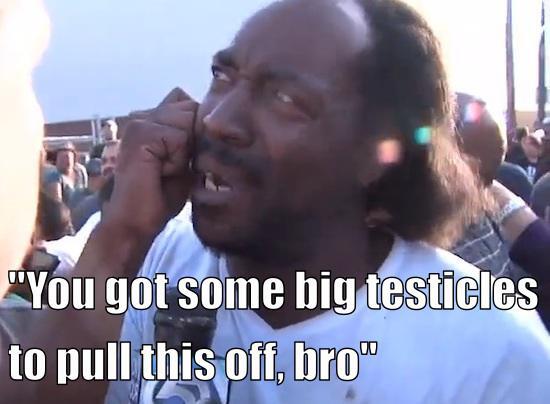 You got to have some pretty big testicles to pull this off, bro. 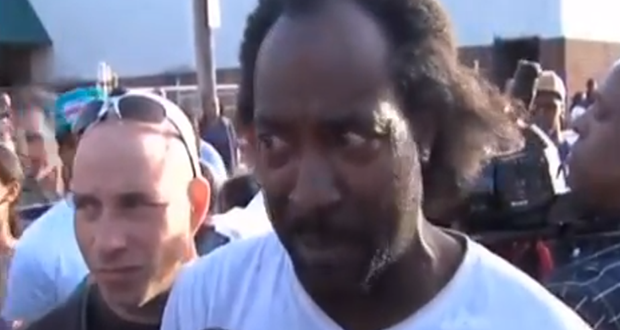 A man standing behind Charles during the interview also had a something to say, via the back of his biker vest. 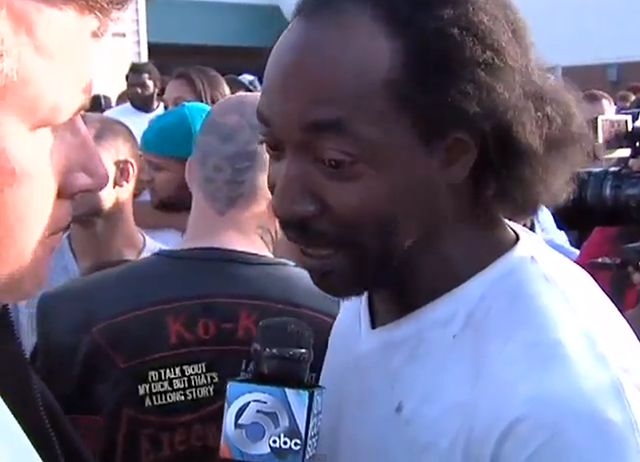