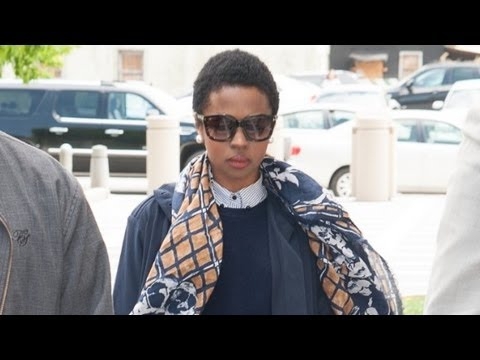 Her attorney asked the judge for mercy based on Hill’s charity work and her six children, but the court wasn’t swayed by that or Hill’s own statement, in which she compared her situation to slavery.
“I was put into a system I didn’t know the nature of … I’m a child of former slaves. I got into an economic paradigm and had that imposed on me,” the Fugees singer explained. “I sold 50 million units … now I’m up here paying a tax debt. If that’s not likened to slavery, I don’t know what is.”
Neither tactic worked and Hill was sentenced. She is expected to report to a yet-unknown prison on July 8. After she does her time, Hill will serve an additional three months of house arrest and nine months of “supervised release.”
Hey, it’s better than what Wesley Snipes got.
Video Credit: CNN.com