10 may 2013 15:04
1327
2
1
Vulture did an interview with Aaron Paul where the Breaking Bad star discussed his character’s affinity for the word “bitch,” and the effect it has had on him in his everyday life. The whole thing is interesting, mostly because Aaron Paul is a hyper-excitable dude who seems like a blast to interview, but my favorite part was this section, for about five or six different reasons.
“So many people come up to me and say, ‘Please, just call me a bitch.’ Or on Twitter they’ll go, ‘It’s my wife’s birthday,’ or, ‘It’s our anniversary, will you please call my wife a bitch?’” Ever the gracious actor, he obliges. “I’ll send all these direct messages to random people with just the word bitch. People love it. It’s so funny.” Is it weirder to do it in person? “No, I just roll with it. I think it’s great. I mean, it can depend on the setting. If I’m at dinner that can be odd, but if I’m just running around … The most classic one was a few months ago when I was walking in London. I had just picked up a Gatorade at a little market and this guy screams out, ‘Gatorade me, bitch!’ and I turned and threw him the Gatorade. I went, ‘Yeah!’ threw it to him, and walked off. It was pretty great.”

0
But, if it turns out the anniversary guy actually made his wife’s day and the guy in the market was a huge Breaking Bad fan who now has a story that none of his stoner friends will ever believe, and Aaron Paul is actually just a super-accessible, nice guy who loves calling his fans bitches and will give you his Gatorade if you call him one, then he is my favorite person in that paragraph. By a mile. 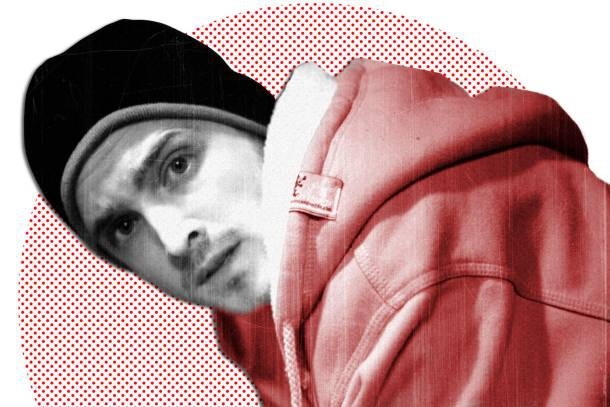