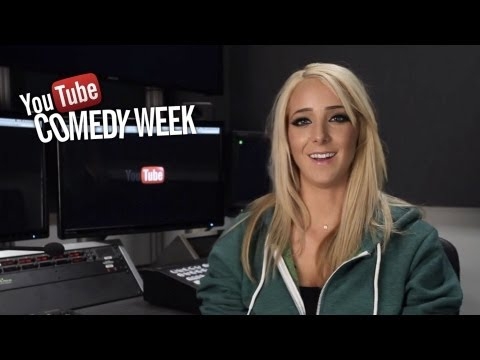 If you’re a fan of comedy you’ve surely found yourself inundated with commercials and promotions for YouTube’s Comedy Week. Well, the wait is over because it’s finally arrived. Simply put, YouTube Comedy Week will be just that: a week filled with videos of sketches, stand up, improv and music, all in celebration of the comedic arts. Many of which will be live-streamed and will star some of the biggest names in the industry today. The week-long “festival” kicked off with ‘The Big Live Comedy Show,’ an event that included names such as: Hannibal Buress Jon Dore Epic Rap Battles of History Garfunkel and Oates The Gregory Brothers The Lonely Island Seth Rogen Sarah Silverman Tim & Eric Vince Vaughn Reggie Watts Owen Wilson, and many more.” In addition to those luminaries, tons of YouTube cut-ups of various levels of Web fame will be featured. (See video above for a rundown.) The rest of the week will continue with different performances each night. Tonight will be International Stand-Up Night, starting at 9PM. Tuesday delivers Improv Night; Wednesday is Stand-Up Night; Thursday takes on College Humor’s All Nighter and Friday closes out the week with Set List Live & Music Night. Be sure to tune in for a week of great comedy!